Home At home Russia, corruption and oligarchs: what topics did the US Secretary of State raise during his visit to Kiev

Russia, corruption and oligarchs: what topics did the US Secretary of State raise during his visit to Kiev

US Secretary of State Anthony Blinken visited Ukraine and met with President Volodymyr Zelensky. The edition told in more detail with the BBC. 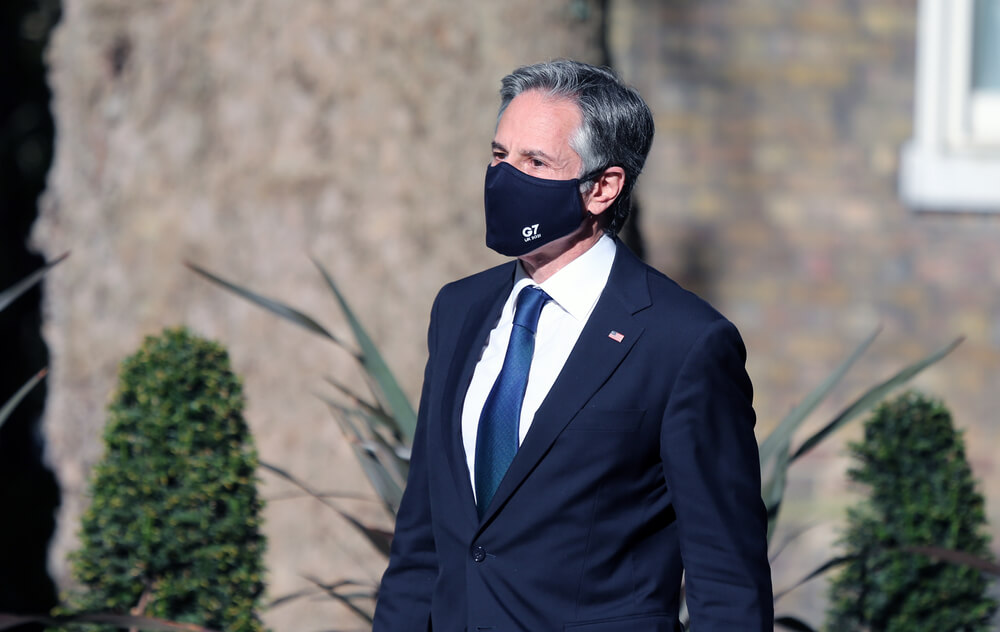 Blinke said that the United States supports Ukraine in its confrontation with Russia, but warned against corruption and the influence of oligarchs. Zelenskiy invited US President Joe Biden to visit Ukraine this year.

Blinken and Zelensky gave a short press conference following the talks held during the visit of the Secretary of State to Kiev on May 6.

The parties devoted a significant part of the discussion to the build-up of Russian troops on the border with Ukraine.

Zelensky and Blinken admitted that they had partially withdrawn the Russian troops, but noted that this was still not enough.

“Russia is capable of acting aggressively in a short time if it decides to do so. We are watching carefully for all her actions, - said Blinken. “It is also worth noting that we highly appreciate the containment that Ukraine has demonstrated in the framework of such provocative actions.”

Zelensky noted that they also discussed the issue of joint actions for security in the Black and Azov Seas.

On the subject: Zelensky publicly invited Putin to meet in Donbass

“A fundamental idea, until I speak about it publicly. It is necessary that all parties agree on this idea, ”the president said.

The Secretary of State promised Ukraine support in the confrontation with Russia, but stressed that Russia is not the only threat to the country.

"Ukraine faces two challenges - one from outside, from Russia, but there is still a threat from within - corruption, oligarchs and other persons who put their interests above the interests of the Ukrainian people," Blinken said.

“And these two elements are interconnected, because Russia also uses corruption and individuals who will help it advance its interests against the interests of the Ukrainian people,” he stressed.

The secretary of state urged to continue the reforms. According to him, the parties discussed the importance of independent anti-corruption institutions, reform of the judicial system and the Security Service of Ukraine.

An invitation for Biden

Volodymyr Zelenskyy expressed admiration for how "knowledgeable" the State Department team that arrived in Kiev was.

He said that 2021 will be fundamental for Ukrainian-American relations, especially if US President Joe Biden can visit Ukraine this year.

“I invited the President of the United States to come to Ukraine on an official visit this year, the year of the 30th anniversary of our independence,” Zelensky said. “I believe that this meeting will be, it is important for both our countries.”

Blinken assured that he would pass the invitation on to Biden as soon as he returned to the United States.

“We will find a suitable time when we can visit Ukraine,” the Secretary of State said.

At the same time, he noted that it is difficult to plan visits in advance through the threats associated with COVID-19.

Kuleba noted that strengthening the interaction of the states they represent as democratic allies in Central Europe and the Black Sea is a guarantee of security and success for the entire Euro-Atlantic region.

“It is important that my colleague Blinken made his first visit to this part of Europe precisely to Ukraine. Strengthening interaction between Ukraine and the United States as democratic allies in Central Europe and the Black Sea is a contribution to the security and success of our states and the entire Euro-Atlantic space, ”the minister stressed.

BuzzFeed: Giuliani tried to get Zelensky to open a case against Biden

'Look at the end of the world': American impressions of a trip to Chernobyl

Child of Chernobyl: the story of an only child born and raised in the exclusion zone