Russian billionaire built the largest sailing yacht in the world

German shipyard Nobiskrug has completed construction of billionaire Andrei Melnichenko’s yacht. No one has ever built such large sailing ships in the world. Forbes. 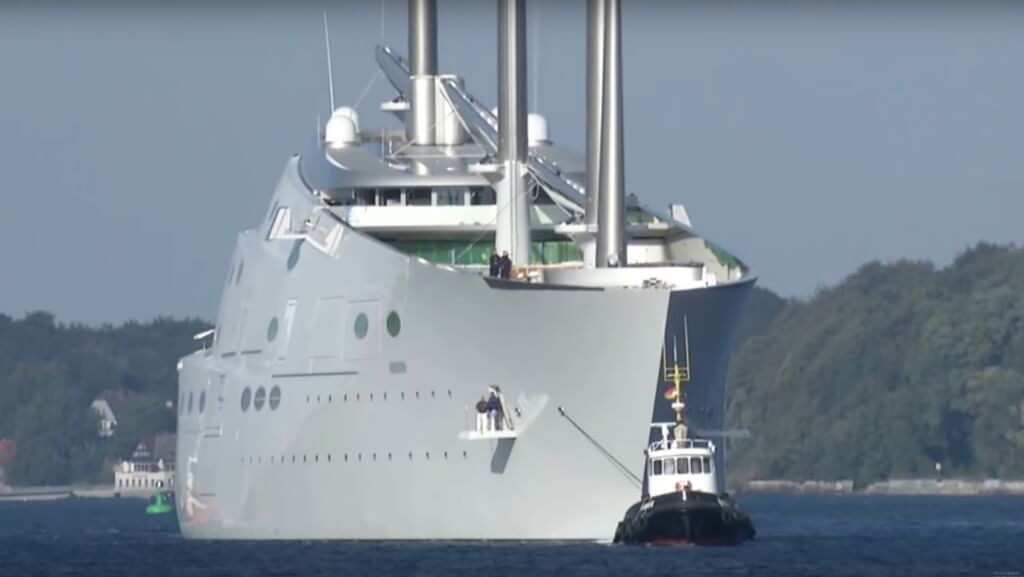 The fact that the 5-year-old project for the construction of a new yacht for Andrei Melnichenko ended today with the transfer of the vessel to the customer, said the German broadcasting company NDR 1 Welle Nord. According to her, the billionaire came to Kiel to inspect the sailboat in August 2016, and in October she passed the first tests at sea. The representative of the businessman said that the yacht has not yet been transferred to the owner.

"She will go for further sea trials and finishes to the south of Spain and to the Mediterranean, and the transfer of the yacht to the owner is scheduled for the end of spring," said a representative of the businessman.

The length of the vessel 142,8 m, width - 25 m, tonnage - 12 700 tons, estimated price - $ 450 million. According to Dmitry Semenikhin, the founder of the specialized Yacht Harbor website, the new yacht Melnichenko today is the largest sailing ship in the world: before 1 was occupied by Project Solar with a length of 106 m, 15 m and a total displacement of 2700 tons.

Melnichenko decided to call the new sailing yacht “A” (his previous boat was also called). Each project of the yacht Melnichenko is unique - the appearance of the first mega-yacht resembled the shape of a submarine, it was also designed by Philippe Starck. The Dutch shipbuilding company Dykstra Naval Architects was in charge of the rigging and keel of the new yacht, the British firm Magma Structures built 90-meter masts (higher than Big Ben), and the sail was produced by the American firm Doyle Sails. The 8 sailing ship has decks, and the hull includes one of the largest curved glass in the world - the sheet area is 58,8 sq / m and its weight is about 2 tons. It is assumed that the ship will need a crew of 54 people to service the ship.

His first big yacht - 119-meter "A", also built in Kiel - Melnichenko put up for sale last year, when it became known about the completion of the construction of the sailboat "A". That boat is famous for its original design, resembling the shape of a submarine. It was built by Blohm + Voss and launched in 2008. Melnichenko's costs for the previous project were estimated at $ 300 million. It is not yet known whether Melnichenko’s first yacht was sold.

According to the NDR, in the coming days the sailing ship "A" will leave Kiel and go to Spain. For safety reasons, the runway at the Danish Kastrup International Airport will be closed for safety reasons when the mega-yacht leaves the North Sea - this rule applies to the transit of ships with masts higher than 35 m.

Russians buying real estate in Miami: who are they

Expensive apartments that Russians bought in the USA

The most expensive Airbnb in the USA