Russian Butina suspected of espionage met with US financial management

Russian woman Maria Butinaaccused of conspiring to work in the United States as a foreign agent without proper registration in the Justice Department, met with the Deputy Chairman of the US Federal Reserve and the Deputy Minister of Finance. About this with reference to sources from Reuters пишет BBC Russian Service. 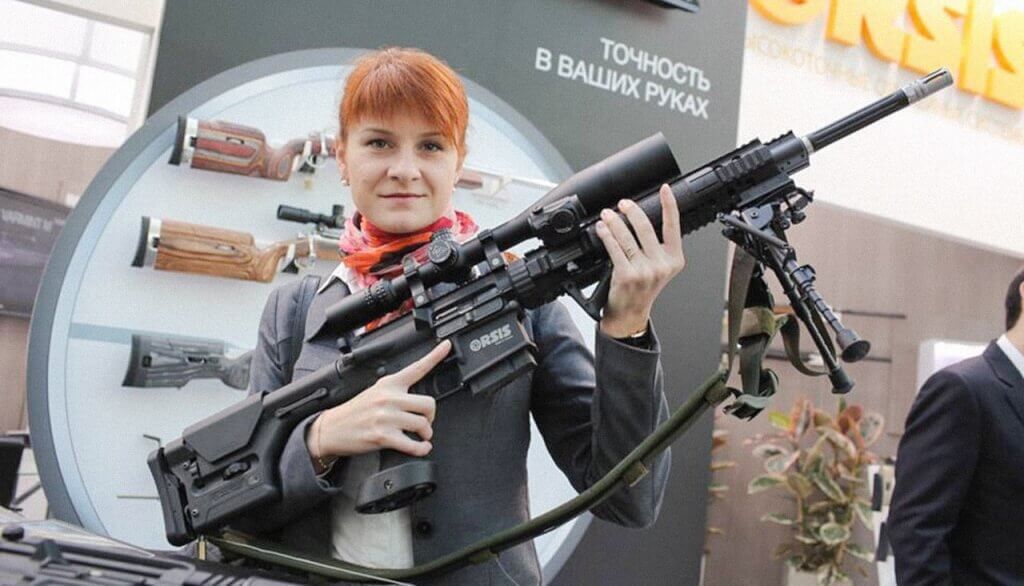 In April, Butina visited 2015 of the United States with Deputy Governor of the Central Bank of Russia Alexander Torshin. Butina worked for several years as his assistant.

During a trip to the United States, they met with the then Federal Reserve Chairman Stanley Fisher and Deputy Finance Minister Nathan Sheets.

About this agency told sources familiar with the documents of the lobbyist organization Center for National Interests, which was involved in organizing meetings. As Reuters notes, the center often defends pro-Russian positions.

Fisher in correspondence with journalists of the agency confirmed the fact of the meeting. He could not recall the details, but said that they discussed the state of the Russian economy and the appointment of Torshin as deputy chairman of the Central Bank. Before moving to the Bank of Russia, Torshin was the vice-speaker of the Federation Council.

“I remember that Torshin spoke about his intention to attend the US National Rifle Association event. This remark was not relevant to the topic of our conversation, ”said Fischer. Nathan Sheets, through a spokesman, declined to comment.

Both officials, in accordance with their official duties, met with many leaders of the banking industry from different countries.

According to the Washington Post, citing a source familiar with her testimony in the senate, Butina received financial support for her project in support of the right to bear arms from Russian businessman Konstantin Nikolayev.

A representative of a businessman confirmed to the newspaper that Nikolaev had contact with Butina in 2012-2014, when she spoke in support of protecting the right to bear arms in Russia. He declined to comment on financial support.

Nikolaev is the general director of the transport operator "N-Trans". Russian Forbes estimates his fortune at $ 1,1 billion.

In April, 2016, the Center for National Interest, organized an event with the participation of presidential candidate Donald Trump at the Mayflower Hotel in Washington. The then Russian ambassador to the US, Sergey Kislyak, was present there.

Two months before that, the head of the center, an American of Russian descent, Dmitry Simes, visited Moscow, where he met with Vladimir Putin and other Russian officials. This is evidenced by the documents of the organization, indicates the agency.

What are Butinu suspected of?

In the original accusatory document, promulgated on Monday, 16 July, Butina was charged with a criminal conspiracy to work in the United States as a foreign agent without registering with the Justice Ministry.

This violation theoretically threatens to 5 years in prison, although in practice the sentences are usually milder. Butina stated in court her innocence.

The prosecutor's office claims that the person with whom Butina allegedly entered into a criminal conspiracy is a certain “Russian official”.

Under this designation lies the former senator, deputy chairman of the Central Bank, Alexander Torshin.

Later, the prosecutor's office also accused the Russian woman of working in the US for an unregistered foreign agent, and not only for conspiring to do so.

Her potential term due to new charges is doubled.

Who is Mary Butina?

She grew up in a family of an entrepreneur and herself owned seven furniture stores, at the age of 22 she sold six of them and moved to Moscow, where she stood at the origins of the public organization Right to Arms, which she headed for several years and then was a member of its board.

Like Torshin, Butina is a life member of the US National Rifle Association. She began to establish contacts in this organization in 2013 and received her delegation in Moscow. Since 2014, he and Torshin have participated in a number of events at the NSA, including in its congresses.

How in Moscow reacted to the arrest of Butina

Russian Foreign Ministry spokeswoman Maria Zakharova noted that Butina was detained just before the meeting between Vladimir Putin and Donald Trump in Helsinki "with the task of minimizing the positive effect of the summit and doing it as soon as possible."

On July 19, the Foreign Ministry decided to express support for flashmob in social networks with Butina.

The father of the Russian woman, Valery Butin, said in an interview with the Russia 1 TV channel that she had not committed any illegal acts and was busy with her studies.

Spying Passion in America: How It Will End