The other day, Ukrainian military analyst, director of the New Geopolitics Research Network, Mikhail Samus, said in interview with "Real Time"that Russia "ready to use any weapon of mass destruction in order to turn the tide of the operation". According to him, Vladimir Putin is clearly losing the war he started, especially when compared with the goals he originally set. It is now obvious that the Russian army does not have enough personnel and weapons to capture the Ukrainian capital and other large cities. At the same time, according to Mikhail Samus, “the sacred date of May 9 greatly affects Russian generals and Putin himself”, and he will try to turn the tide by this date. 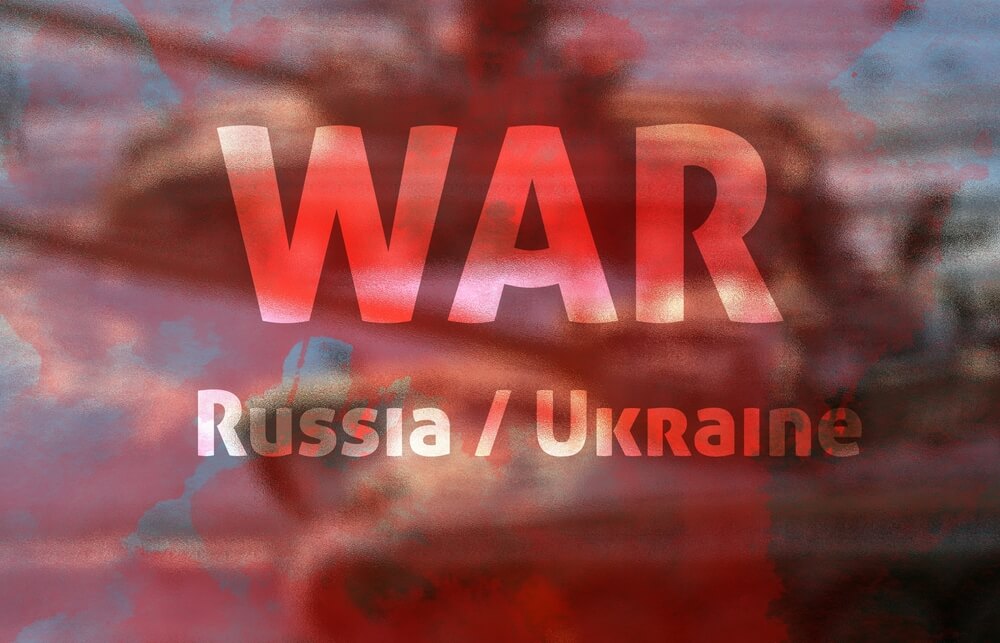 «We are talking about the use of tactical nuclear weapons, that is, this is not an exchange of nuclear strikes between the United States and Russia. This is a strike, for example, with a Kalibr missile with a nuclear warhead in a certain part of Ukraine", the analyst suggests. ForumDaily talked to other experts and military analysts, and, unfortunately, they share the concerns of Mikhail Samus to some extent.

How to prevent a nuclear strike

«So far, the probability of such a strike is below average, but it will increase in direct proportion to the degree of defeat of the Russian army from the Armed Forces of Ukraine and the level of fear of the “collective West” before the risk of nuclear war", - believes the Ukrainian military expert, development director of the information and consulting company Defense Express Valery Ryabykh.

According to him, proper readiness for it by Ukraine and the whole world is capable of preventing a nuclear strike.

«We and our allies must have means of individual and collective protection, proven techniques, tactics and algorithms of action in the event of the use of nuclear weapons", - explains the expert. At the same time, the Ukrainian analyst emphasizes that the demonstration by Western countries of their readiness to give the maximum rebuff to the aggressor is of key importance.

«The United States, as an advanced country in the civilized world, must first of all take adequate action, at least a retaliatory strike. The rest of the world should also subject Russia to obstruction, expel it from the UN and begin the procedure for its denuclearization”, - lists Valery Ryabykh.

On the subject: Google employees in Russia banned from calling the invasion of Ukraine a war: all because of Kremlin censorship

The Ukrainian expert emphasizes that if, after the first nuclear strike, Putin realizes that he can get away with it, nuclear weapons will turn into conventional conventional weapons.

«Putin will use it in the same way he now uses missiles to strike civilian cities in Ukraine, knowing that our country has nothing to answer this. Impunity breeds permissiveness“- he is sure.

What is the probability of hitting

At the same time, Valery Ryabykh notes that at the moment the need to use a nuclear strike for Russia is not critical, and it can be assumed that the Kremlin does not plan to launch it in the near future. If such a decision is nevertheless made, we can talk about the targeted use of tactical weapons. A lot, according to the Ukrainian analyst, will depend on the situation in the world and at the front, as well as on the strategy of the Ukrainian Armed Forces. Former Deputy Minister of Defense of Ukraine Leonid Polyakov does not exclude the risks of Putin using tactical nuclear weapons, noting that the consequences of this must always be prepared.

A powerful campaign unfolded in the Russian media against the conclusion of a peace treaty with Ukraine, which is stigmatized at various levels, is also an alarming signal. "betrayal" and "surrender of the national interest". In response to this, the deputies of the Russian State Duma even had to make excuses and explain that "no one intends to give up." Thus, it is obvious that neither Russian society norоMost of the elites are not yet ready to conclude a real peace and demonstrate it as an example of their "victory". However, there are no other victories for the Kremlin in Ukraine either.

Co-founder and Deputy Director of the Minsk Center for Strategic and Foreign Policy Studies Yuri Tsarik believes that the Kremlin is ready for an escalation of hostilities up to the use of tactical nuclear weapons in the next one and a half to two months, but strategically this will not prevent the global defeat of Russia.

«In the near future, Russian troops will concentrate on storming the zone of the Operation of the Joint Forces of Ukraine in the Donbas. Then, when they are likely to be defeated there, the question of the use of nuclear weapons will rise to its full height.”, he explained in a comment to Forum Daily.

Earlier Yury Tsarik already писалthat the Russian political leadership aims to dismantle Ukraine as a state at any cost, and the Kremlin is ready "inflict tactical nuclear strikes on the positions of Ukrainian troops and cities of Ukraine in order to break their resistance as soon as possible". At the same time, the expert fears that Moscow considers the territory of Belarus as the most convenient platform for delivering strikes, since in this case, it will be on it, and not on Russia, that possible retaliatory strikes from NATO countries will fall.

Recall that the former head of the Yukos company, one of the leaders of the Russian opposition abroad Mikhail Khodorkovsky in an interview with ForumDaily too did not rule outthat Putin may decide on a tactical nuclear strike. Like Valery Ryabykh, Khodorkovsky noted that if the United States and Britain do not show that they are ready to defend Ukraine in this part, the likelihood of such a strike will increase.

«Another thing is that from a military point of view, a tactical nuclear strike on Ukraine is not capable of bringing great benefits to Russia - today Ukrainian military units are quite dispersed. In a political sense, such a blow would destroy the remnants of support that Putin has left in Europe.”, - summed up Mikhail Khodorkovsky.

Trump wants Putin to help him win the election, he asked the head of the Russian Federation to find dirt on Biden