Home In the U.S. Record cold, snowfalls and powerful tornadoes: the USA was covered by a deadly storm

Record cold, snowfalls and powerful tornadoes: the USA was covered by a deadly storm

More than 200 million people are at risk due to deadly winter storm raging in the northeastern United States, writes CNN. 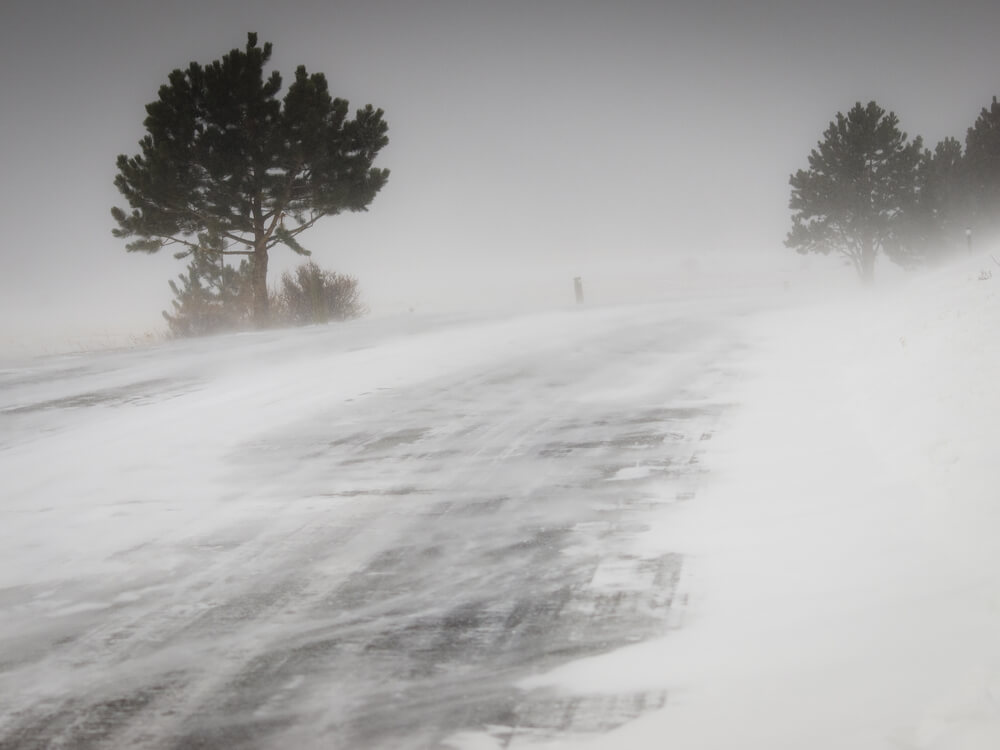 The storm has been fatal, with at least 15 people killed in weather-related road traffic accidents since the cold weather set in. In Oklahoma alone, 15 people were hospitalized on February 123 with weather-related injuries.

The storm is expected to push through the northeast late on February 16, leaving a trail of heavy snow and ice in its path, CNN meteorologist Tyler Moldin said. Temperatures will rise as it departs, although record cold mornings and afternoons will persist until Saturday, February 20. Millions of people prepare for freezing temperatures Fahrenheit (below -17,7 C) before the end of the week.

But once the low-pressure system leaves states such as Texas and Oklahoma, another system, bringing cold precipitation to the West Coast, is expected to take its place.

“I'm pretty sure we are slowly watching one of the first billion dollar weather disasters of 2021 unfold,” said Moldin.

The unusually cold temperatures are expected to reach almost every corner of the United States.

A tornado was reported in Brunswick County, North Carolina, and rescue teams were dispatched to search for the missing, according to the Wilmington Fire Department. At least 10 people were injured and at least three were killed, authorities said.

“This is something that I have never seen before. Lots of destruction. It will be a long recovery process, ”Brunswick County Sheriff John Ingram said at a press conference early Tuesday morning February 16.

# ABC7AlertDesk: Sad news this morning. Officials tell us at least three people were killed and 10 injured after a possible tornado ripped through parts of Brunswick County in North Carolina overnight. pic.twitter.com/Dvi8R676oP

The Brunswick County Emergency Management Authority said people were trapped in their homes. Ingram asked people to avoid the area while brigades clear the streets and search for victims.

Dangerous cold weather has been reported in Eastern Colorado and Western Kansas. More than 6 inches (15,24 cm) of snow fell from East Texas to Ohio, and more than a foot (30,5 cm) in some areas. Heavy snowfall can hit the leeward areas of Lake Erie and Ontario. By that time, there is a possibility that 200 records of low temperatures will be broken in the country.

Residents of Oklahoma City have spent a record five days in temperatures below 20 degrees (-6,6 C) - it is expected that this will be until February 18. This is a record value since 1899 and 1905.

On the subject: 20 useful things that every winter should be in every car

Pending the resumption of power, many officials have warned residents that now is not the time to hit the road. There have been over 400 weather-related accidents in Mississippi since the weekend. And while officials are rushing to clear roads in Illinois, they are still "an absolute mess almost everywhere," the Illinois Department of Transportation said in a February 15 statement.

To everyone (plow operators, utility workers) toiling in the dangerous snow and cold today: Thank you and please be careful! (Safety / efficiency home tips: https://t.co/dEa63aFecj) pic.twitter.com/92YfFlH1KE

“Heavy snowfall combined with a blizzard means the roads are snowing faster than we can clear them,” Twitter said.

According to FlightAware.com, 16 flights were canceled in the United States on the morning of February 2281.

Texas among the worst affected states

Texas, a state that is not used to a lot of snow, was hit hardest. According to Poweroutages.US, more than 4,1 million customers were left without electricity and daily life was severely affected by cold weather and power outages.

ah #Alexa is upset that there are power outages in our area😱here's why. This is south Texas. We don't usually get snow😉Since we got snow we are encouraged not to drive because under the snow is ice. The city doesn't really have the equipment that can clear all the roads. pic.twitter.com/i3E8P09iEo

On Monday, February 15, the Houston Chronicle told subscribers that the office had been cut off from electricity from 2 a.m. and was unlikely to be able to release a print newspaper on Tuesday, February 16.

“Even during Hurricane Harvey, our facility never lost power and we never stopped printing, but every weather emergency is different,” the office said.

On the subject: An unprecedented snow storm is raging in Texas: millions of people are left without electricity

On Monday evening, February 15, the cold in Fort Bend County interrupted cellular service as backup generators on the towers froze. This was posted on his verified Twitter account by District Judge K.P. George.

In Abilene, Texas, about 123 residents were also left without water due to power outages. All three water treatment plants in the city stopped after a power outage. It is not known when everything will resume.