Home In the U.S. Record heat and dangerous wind: the west of the United States will face a sharp deterioration in weather

Record heat and dangerous wind: the west of the United States will face a sharp deterioration in weather

Abnormal heat and strong winds are expected in the western part of the United States, the danger of fires in the region will sharply increase, writes ABC News. 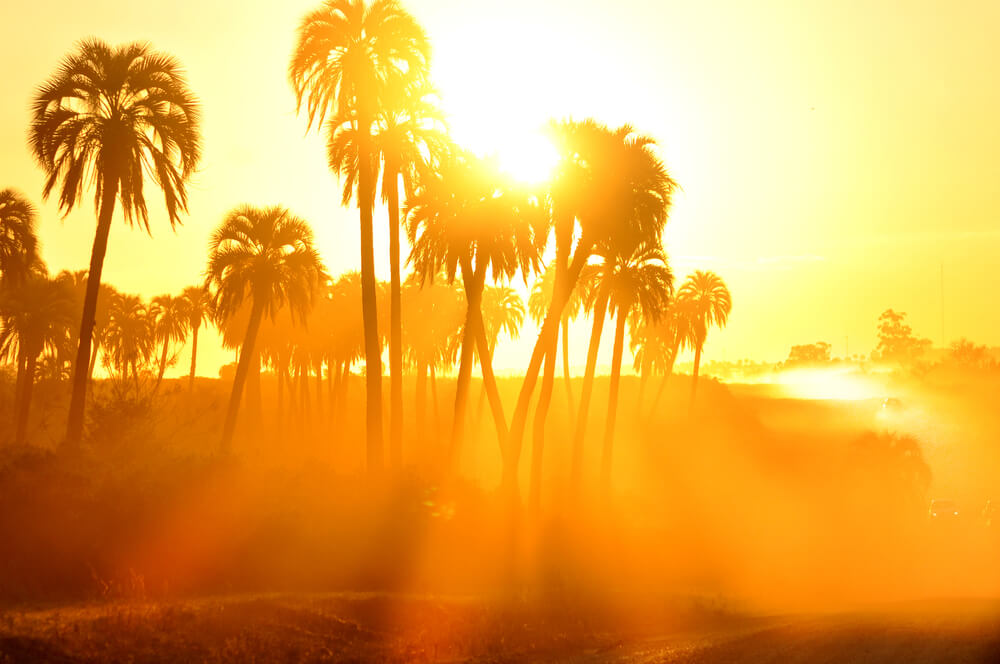 Phoenix is ​​expected to be 14 degrees (100 C) during the day on October 37,7, making it the 144th day with temperatures this or higher never seen in the city's history.

In Las Vegas - 176th consecutive day without a drop of rain, which also never happened. October 14 will be the 177th such day.

Meanwhile, fire hazardous conditions are observed not only in California, but also to the east, in the Plains region.

Gusty winds and dry conditions are the biggest threat to the spread of fires, with maximum fire hazard warnings issued from California to Indiana.

Wildfire-hit Northern California and the San Francisco Bay Area are also in the warning zone. In this region, winds can reach speeds of 20 to 40 miles per hour (32 to 64 km / h) over the next few days.

In addition to wind, temperatures in some areas are forecast to hit record highs across the state.

But as the west coast heats up and dries up, the east cools. A new cold explosion is expected by the end of the week in the Midwest and East Coast. By the weekend, some of the cold air will move inland.

On the subject: Early start of the season: meteorologists told what winter will be in the USA

How to protect yourself from the heat

The air temperature in a number of regions exceeds the long-term average values ​​for this period of the year. Such weather is dangerous for the health of people, especially the elderly and children. This can lead to an exacerbation of chronic diseases, and in some cases to overheating of the body and a sharp deterioration in health, writes 360tv.ru.

10 preventive measures to avoid the negative effects of hot weather:

Forced to jump on a trampoline in the heat: 8-year-old girl died due to punishment

How the pandemic changed the housing market: where and why Americans are moving

Card, money and smartphone: coronavirus can live on some surfaces for up to 4 weeks

Two women were detained at the airport: they tried to carry 109 live animals in their luggage