Home At home US Intelligence: Russia Plans Large-Scale Offensive In Ukraine With 175 Troops

US intelligence discovered information that Russian President Vladimir Putin is planning an offensive on Ukraine on several fronts at the beginning of 2022. According to intelligence services, 175 thousand servicemen will take part in it, writes News.PN. 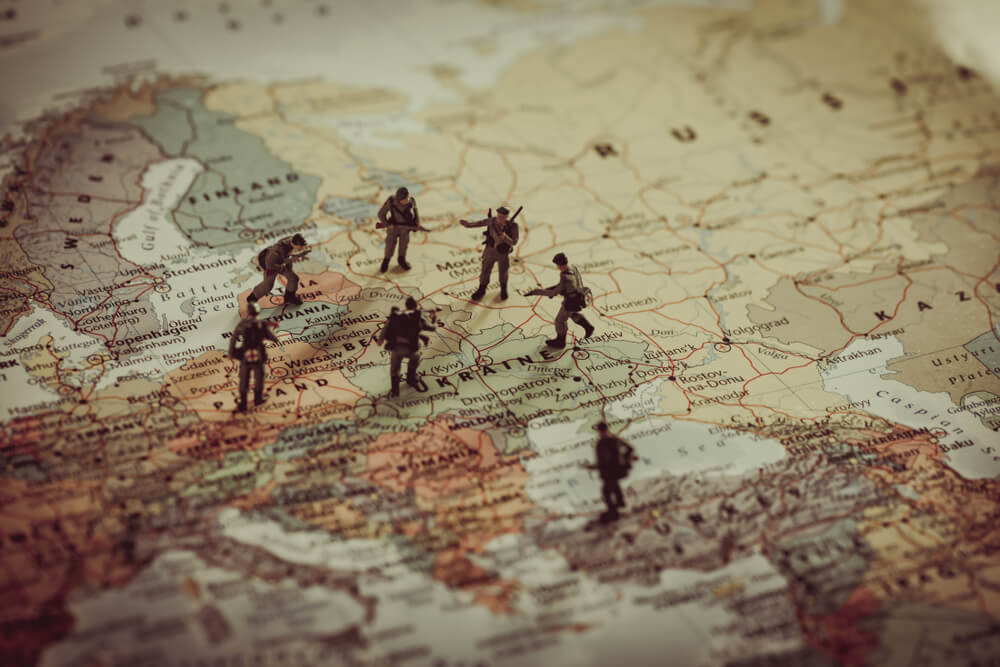 This information is confirmed by a US intelligence document obtained by the publication The Washington Post.

According to intelligence, Russia is sending troops to the border with Ukraine, demanding from Washington guarantees that Ukraine will not join NATO and that the Alliance will refrain from certain hostilities in Ukraine, as well as in nearby territories.

“Russian plans envisage a military offensive against Ukraine in early 2022 with a number of forces twice as large as those that we observed in the spring during Russia's“ surprise exercises ”near the borders of Ukraine. Russia's plans include extensive movement of 100 battalion tactical groups of about 175 men, as well as the use of tanks, armored vehicles and artillery. US analysis of Russia's plans is based in part on satellite imagery showing newly arrived units at various locations along the Ukrainian border over the past month, ”said a US administration official, speaking on condition of anonymity.

Satellite images that are attached to the document show that Russian troops are concentrating in four locations. According to intelligence, 50 combat tactical groups, as well as tanks and artillery, are currently deployed.

Ukrainian intelligence counted 94 Russian troops near its border, according to American intelligence, there are now 70 of them there, but an increase to 000 is projected. instill a sense of uncertainty in Ukraine ”.

On the subject: The United States may give Ukraine military helicopters bought from Russia so that Kiev can cope with the aggravation in Donbass

“Russian troops have worked out the issues of creating strike groups near the borders of our state, mobilization measures, logistic support of groups and the transfer of significant military contingents, including by air from Russia to the border with Ukraine,” the official said on condition of anonymity, given the delicacy of the issue and data.

While laying the groundwork for the invasion, the Russian government is also waging a propaganda campaign, a US administration official said.

“Our information indicates that last month, Russian officials and the media began to increase the number of materials defaming Ukraine and NATO, in order, if necessary, to blame Ukraine for the potential aggression of the Russian army,” the official said.

US President Joe Biden said on December 3 that he was preparing measures to raise the "cost" of any new invasion for Putin.

“I am putting together what I believe will be the most comprehensive and meaningful set of initiatives to make it very, very difficult for Putin to go forward and do what he can do and what people fear so much,” Biden said.

On the same day, White House press secretary Jen Psaki categorically rejected the idea that Washington would provide guarantees, as Putin wanted, that Ukraine would not join NATO.

“Only the Alliance member states decide who will be a NATO member, not Russia. This process has always worked this way and will continue to do so. I think it is important to understand where the provocation comes from. Definitely not from the USA and not from Ukraine, ”said Psaki.

American and Ukrainian military analysts agreed that if the invasion occurs, it will be much larger than it was in 2014, when Russia annexed the Crimea peninsula from Ukraine, and also provoked a military conflict in the east of the country, which continues to this day. ...

Intelligence believes that Putin's plans are to force Ukrainian troops to fight on several fronts at the same time and achieve the surrender of Kiev with a change in Ukraine's foreign policy towards Moscow.