Home At home US intelligence tries to explain Putin's behavior: he is suspected of having a 'steroid rage' caused by cancer treatment

US intelligence tries to explain Putin's behavior: he is suspected of having a 'steroid rage' caused by cancer treatment 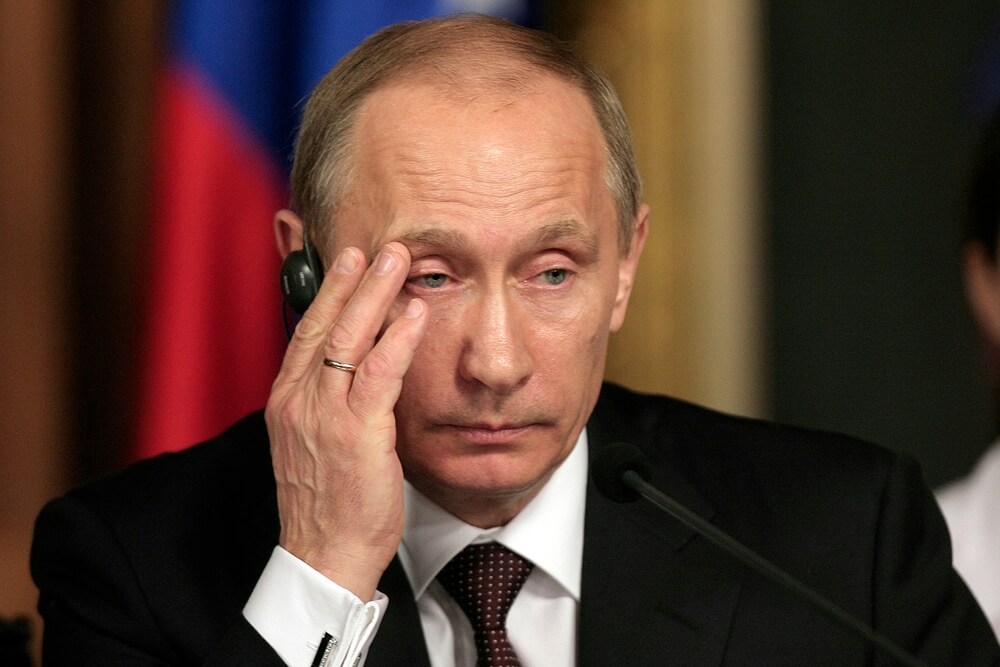 Citing sources close to the Kremlin, senior figures in the Five Eyes intelligence alliance, which includes Australia, Canada, New Zealand, the United Kingdom and the United States, believe that the Russian president's widely condemned decision to invade Ukraine has a physiological explanation.

The intelligence community is sharing a growing number of reports of the 69-year-old Putin's "increasingly erratic behavior", combined with his bloated appearance in recent footage and the absurd distance he stubbornly keeps from Kremlin visitors.

“Only human sources can offer you such a rich picture of Putin's psyche as we have. Over the past five years or so, there has been a marked change in the way he makes decisions. People around see these changes in the persuasiveness and clarity of what he says, and in how he perceives the world around him, ”the sources say.

On the subject: Elon Musk invited Putin to fight for Ukraine one on one

The source said this inability to think clearly was exacerbated by the absence of a "negative feedback loop" as the Russian leader "simply was not briefed" on the elements of failure during the invasion.

Intelligence believed to have been given to senior British political figures suggests that Putin suffered a psychological deterioration caused by physiological factors. TheBigTheOne.

They theorize that Putin either suffers from a brain disease, such as Parkinson's disease or a more common form of dementia, or that he has cancer and the treatment he is receiving has altered the balance of his mind.

The latest version, which British intelligence considers credible, is that the deterioration in mental state is the result of the so-called "steroid rage" caused by long-term use of steroids.
Sources cite Putin's decision to physically isolate himself from guests as a sign of fear of "comorbidities" -- other serious illnesses that can increase the risk of death -- or the use of drugs that suppress the immune system, leaving him vulnerable to infection.

When Putin met with Emmanuel Macron last month, the French president was forced to sit at the other end of a 4-meter table, while many of those who were supposed to get to the Kremlin were forced to quarantine in hotels for two weeks.

Also recently, the Russian president has seen a marked increase in facial and neck swelling, which may be a side effect of steroids, along with "changes in mood and behavior."

Following the meeting with Macron, the media also quoted a French official as saying that Putin was "not the same" as when Macron met him two years earlier, that he had "lost his mind" in some respects.

The term “steroid rage” appeared on the pages of medical journals sometime in the late 1970s, when the bodybuilding boom began in the USA and in the world in general - everyone wanted to achieve results as quickly as possible and ate everything they found in pharmacies. This led to sad consequences, since testosterone, which, as it were, is responsible for muscle growth, in fact, does not cause any growth and is simply an intermediary in a complex biochemical chain of anabolism stimulation.
And like all chains, with an excess of one of the mediators, the anabolic chain acts systemically, including greatly changing the biochemistry of the brain. Hence the "steroid rage", and other mental disorders, including the destruction of the "negative feedback loop" mentioned by the British.

In practice, this means that the chemist is hit on the head with fists or even with a large wooden stick, but this only stimulates him to “feats”.

Seven pitfalls when applying for a green card based on marriage