On the website of the President of Ukraine 22 May, an electronic petition for the resignation of the president Vladimir Zelensky. 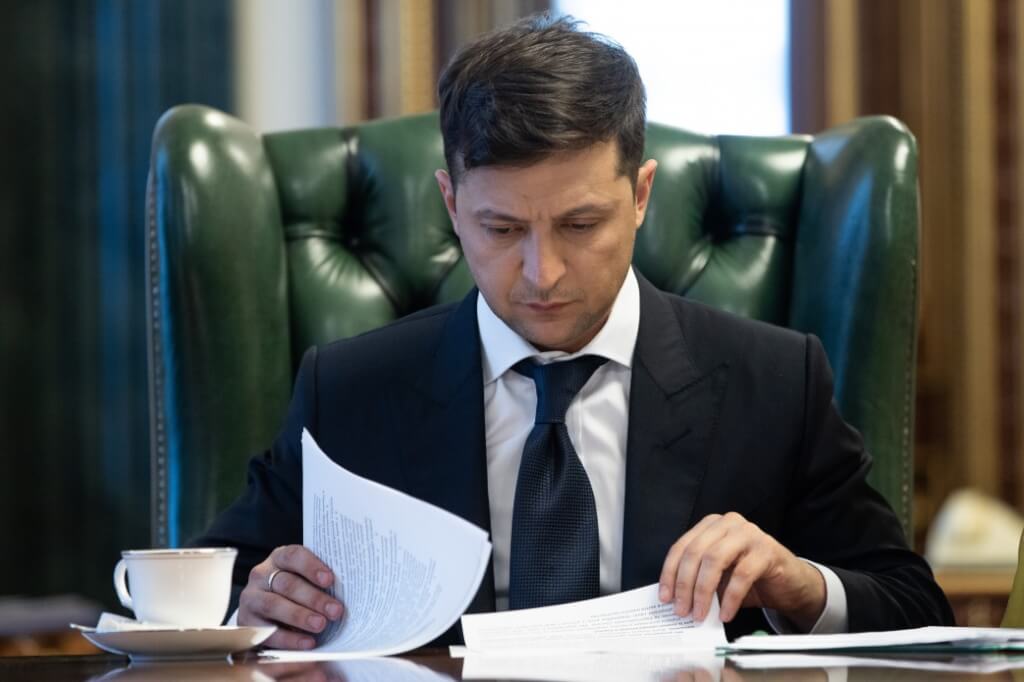 It scored the necessary for the consideration of 25 000 votes in just one day, although more than 90 days are given for collecting signatures.

В petitions states that the actions of the new head of the country disappointed the people.

“Dear Vladimir Alexandrovich, the majority of voting for you was a protest vote. In fact, you do not have the support of 73% of voters. Your face does not at all unite the majority of Ukrainians who have different, partly diametrically opposed views and desires. You have consolidated the protest without giving concrete promises and political guidelines, but now, after your election and inauguration, you cannot but have a concrete path. And your first statements and actions disappoint your voters, break this temporary situational popular consolidation, ”says the appeal of the author of the petition, Maxim Bezruk.

On the subject: House in Italy, apartment in the UK: Zelensky announced his declaration

“Taking advantage of the lack of meaningful promises to the people, you began to attribute your own whims to the people's will. An unacceptable situation is emerging when a “servant of the people” does not have moral obligations to his people, formed in the pre-election process. Therefore, we, the people of Ukraine, demand your immediate resignation from the post of President of Ukraine! ”, The document says.

At the time of writing, over 48,5 thousands of people have signed up for this petition.

In addition, on the website of the head of state there is another petition on this topic - "Resignation of President of Ukraine Volodymyr Zelensky in case of failure to fulfill his promises."

It gives the president 6 months to fulfill his campaign promises, but if he doesn’t, then he is called upon to step down.

“If the current President of Ukraine Volodymyr Zelensky does not fulfill his election promises within 6 months (removing immunity from deputies, judges, ministers, the president; revising the price of utilities; trial of everyone who robbed and destroyed the Ukrainian state; decent salary, pension and social benefits ; and others) - then Vladimir Zelensky must resign, ”says the text of the document, registered on May 22 by Vadim Mikhalsky.

At the time of writing, this petition was supported by a little more than 10 of thousands of people. 25 needs thousands of signatures within three months to consider the petition.

Head of Presidential Administration Andrey Bogdan, commenting on the petition collecting the necessary number of signatures, said that the president’s team regards it as a joke, writes “Columnist".

On the subject: Zelensky's triumph and detractors

According to him, the Zelensky team understands that not all Ukrainians support him.

In turn, supporters of Zelinsky decided to speak out in defense of their elected president. As of the writing of the material, at least 11 petitions with a call to cancel the petition for the resignation of Zelensky. At the same time, the total number of their signatories is less than that of an electronic document urging the president to leave his post.

The answer regarding the approval (or not) of the petition that has collected the required number of signatures should appear on the President’s site no later than one day after the end of the review. Thus, Zelensky has the right to both support and reject a proposal for his resignation.

Zelensky asked the US to tighten sanctions against Russia

The Washington Post: What Western politicians should learn from Zelensky