Home Educational program Growing at an alarming rate: carbon dioxide in the Earth’s atmosphere has reached a record level

Growing at an alarming rate: carbon dioxide in the Earth’s atmosphere has reached a record level

According to a report published by the World Meteorological Organization (WMO), the concentration of carbon dioxide (carbon dioxide) in the Earth's atmosphere reached a record high. Writes about it NBC News. 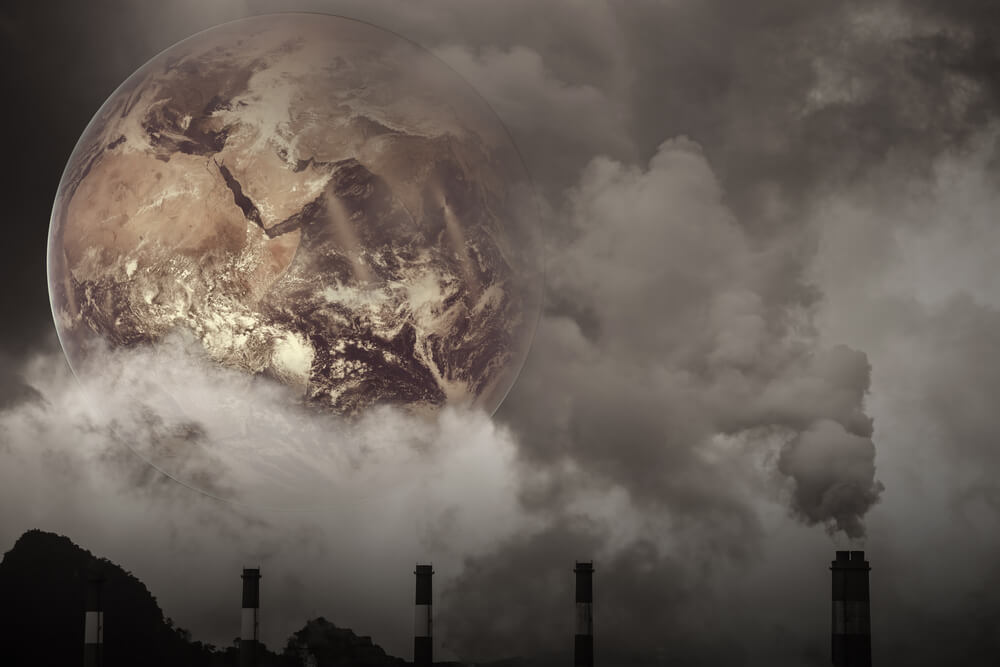 In 2018, the average global concentration of greenhouse gas, a by-product of burning fossil fuels, reached 407,8 parts per million, which means that for every 1 million gas molecules in the atmosphere, almost 408 was carbon dioxide. This level is above the world average of 405,5 parts per million in the 2017 year. The results are in line with a trend that shows that global warming is growing at an alarming rate.

“There is no sign of a slowdown, let alone a decline, in the concentration of greenhouse gases in the atmosphere, despite all the commitments under the Paris Agreement on Climate Change,” said WMO Secretary General Petteri Taalas.

Carbon dioxide retains heat from the sun and can linger in the atmosphere for centuries. High greenhouse gas levels are associated with higher global temperatures and other effects of climate change, such as melting polar ice and rising sea levels.

On the subject: Global warming: severe hurricanes occur in the USA 3,3 times more often than 100 years ago

According to WMO, the level of carbon dioxide in the atmosphere has risen sharply as a result of human activities: the world average in 2018 was an increase of 147 percent compared to the pre-industrial level in 1750.

The organization’s report said that the increase in carbon dioxide in the atmosphere from 2017 to 2018 year was higher than the average growth rate over the past decade, which was slightly more than 2 parts per million per year.

On May 14, the daily concentration of carbon dioxide in the atmosphere reached its highest level in the history of mankind - 415 parts per million.

Although global levels have not yet reached that level, Taalas said such a record is worrisome.

“It is worth recalling that the last time the Earth experienced a comparable concentration of CO2 was 3-5 million years ago,” he said of 407,8 ppm. "Then the average temperature was 2-3 degrees Celsius higher, the sea level was 10-20 meters higher than now."

WMO also found that over the past ten years, concentrations of two other greenhouse gases, methane and nitrous oxide, have also increased.

Methane is a particularly powerful greenhouse gas, and average global methane concentrations in 2018 reached 1869 parts per billion, which is 259 percent more than in pre-industrial times.

It is estimated that about 60 percent of methane emissions comes from human activities, for example, from landfills, cattle and certain types of agriculture, and the remaining 40 percent comes from natural sources.

Nitrous oxide released as a result of agricultural and industrial activities is the third largest greenhouse gas and destroys the ozone layer, which protects the planet from ultraviolet radiation from the sun.

The concentration of nitrous oxide in the atmosphere, a chemical commonly known as laughing gas, averaged 2018 ppb in 331,1, 123 percent more than in pre-industrial times.

The WMO report was released ahead of the UN Climate Change Convention, which will be held from December 2 to December 13 in Madrid, where government representatives from different countries will come together to assess climate change commitments under the Paris Agreements.

Mankind threatens mass extinction: people turned out to be the largest disaster for the Earth