Home In the U.S. A resident of Michigan lost weight on 70 kg, abandoning fast food

The 35-year-old American woman, who ate McDonald's every day and gained weight up to 308 pounds (140 kg), once realized that this could no longer go on: she runs the risk of leaving her two sons orphans because of her lifestyle. The woman turned to doctors to establish a gastric band, and was able to get rid of 154 pounds (70 kg) of excess weight, losing weight on 10 clothing sizes. 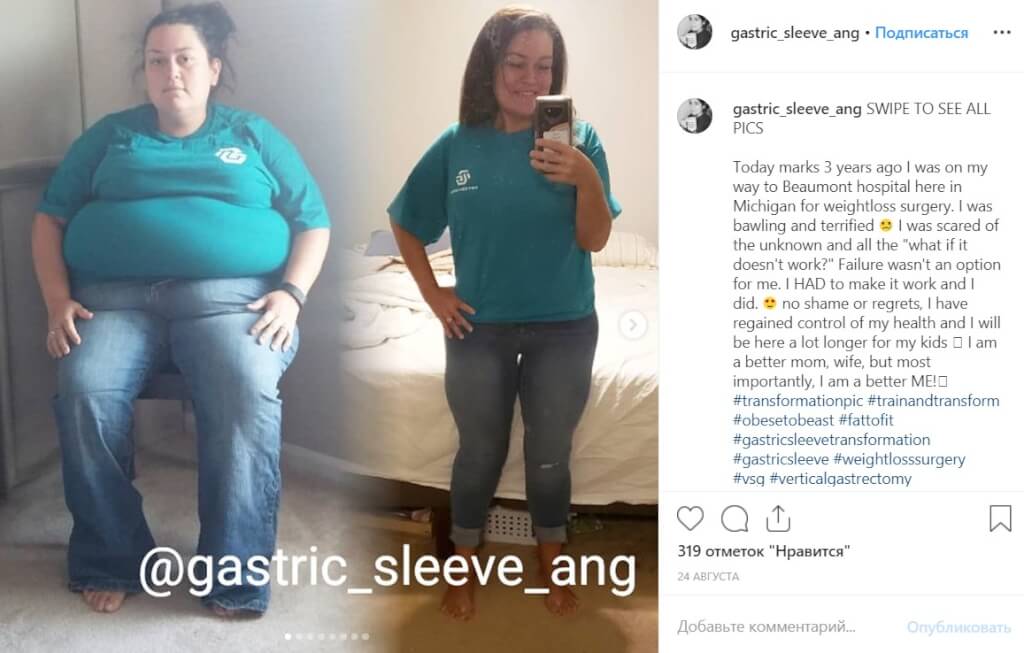 Angela Herzanix from Michigan decreased by 10 in size after she got rid of bad habits and underwent surgery on her stomach, writes The Daily Mail... Since childhood, she has used food to improve her mood and soon food became the only coping mechanism - Angela was diagnosed with overweight at just 9 years old.

Having lived most of her life with morbid obesity, Angela visited her local McDonald's every day on her way home from work before having dinner with her family. But in the end, the mother of two children realized that if she continued to lead an unhealthy lifestyle, she might not be able to see how her sons were growing. Therefore, in August 2016, she installed a gastric band.

The woman’s weight was halved, and in June 2018 she was removed the excess skin. Now she feels much more confident. As Angela herself admits, in the worst moments of her life, she felt deeply miserable in her body and was constantly ashamed of how she looked. 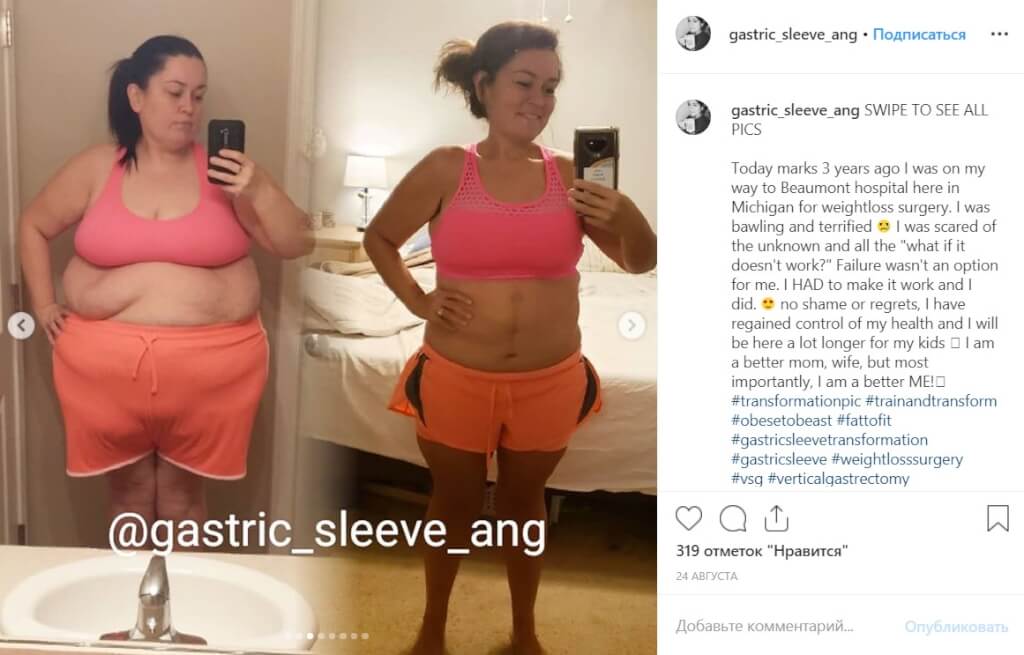 She pretended to be happy for many years, until in 2015 she realized that she did not want to shorten her years with her sons 7 and 15 because of an unhealthy lifestyle. Angela said she felt like a "shell of a mother" sitting on the sidelines rather than taking part in activities with her children.

“I have lived my whole life with morbid obesity and was 100% dependent on the well-being that I got from food. I felt that the food never let me down, - says the woman. - Before I lost weight, I felt terrible. I was ashamed, embarrassed, I was trapped in my body. I gave up and just resigned myself to the fact that this is how it should be in my life. "

On the subject: Beerhouse: An Ohio resident lost a month on 15 kg, using only beer

After losing weight, Angela loves to run with her kids in the park - something she would never have believed in as an opportunity. 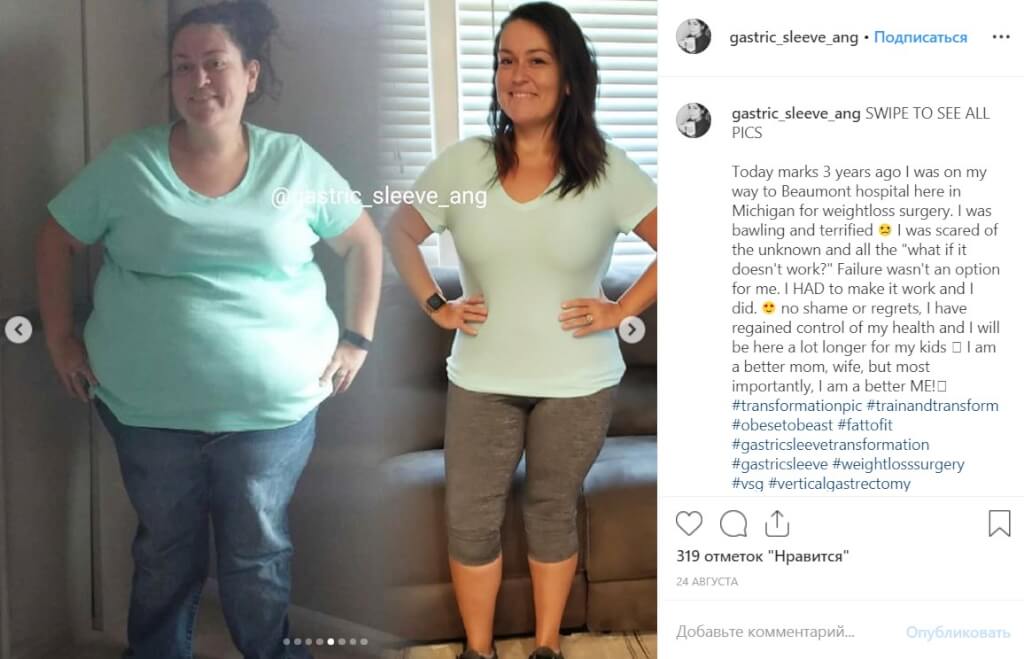 According to Angela, she understands that her figure will never look “perfect”, but she appreciates what her body has experienced.

“I was a stay-at-home mother for several years, but then I got a job with tremendous health benefits. I used medical aids for weight loss surgery and it changed my life forever, ”said Angela.

Speaking about her unhealthy eating habits, she admitted that her diet before losing weight consisted of fast food and the contents of a freezer in a supermarket.

On the subject: Scientists have come to shocking conclusions about the causes of severe obesity

“Now that my family and I go to the grocery store, we spend most of our time there, buying fresh food, meat and dairy products. Now I try to eat only whole foods and limit the amount of processed food. I am far from perfect and sometimes I allow myself something, but I no longer eat in order to calm my feelings ”, - says Angela.

“I don't drink sugary drinks anymore, I mostly choose water or black coffee. I consider it necessary to drink at least two liters of water a day, whereas before, at best, I was able to drink that much water in a week, ”she added. 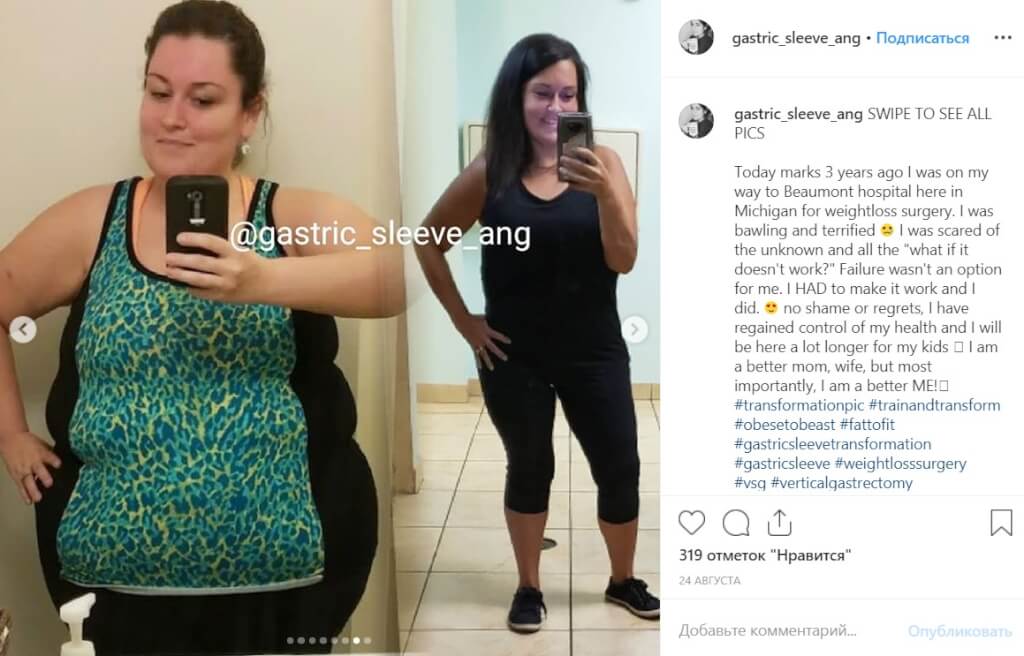 Now she can even shop in the teen clothing department. Angela admitted that losing weight “completely changed” life for both her and her family, because now she has more energy to spend time with them.

“I can train and enjoy walking with my boys. I am no longer the mother sitting on the sidelines and watching them. I finally love my body and my flaws. I've never been as at peace with myself as I am now, ”she says. “People are genuinely shocked by how much weight I have lost. They are very happy for me and I have great support. ”

Beerhouse: An Ohio resident lost a month on 15 kg, using only beer

How to make money keeping yourself in shape