Home loudspeakers Five of the most exotic sights in the USA

Five of the most exotic sights in the USA

There are certainly many more exotic locations in the United States. Although the United States is a relatively young country, here you can find attractions for all tastes: Victorian buildings and dizzying skyscrapers, huge green parks and endless deserts, ocean coast and mountain peaks. But we have chosen only five of them - those that do not immediately fall into the field of sight of tourists, but they are definitely worth visiting. 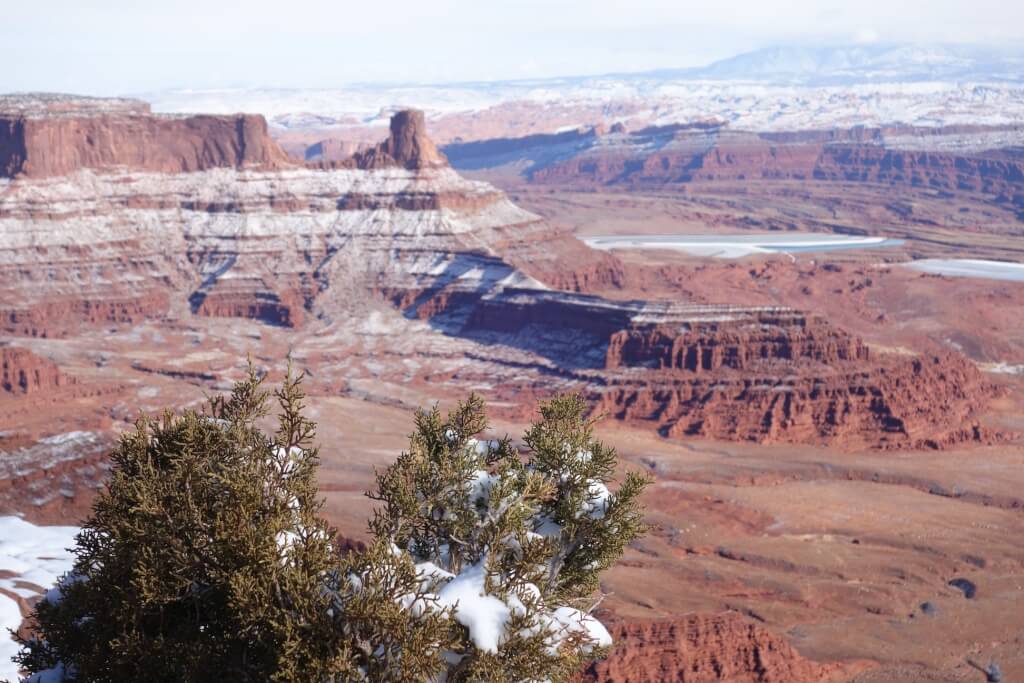 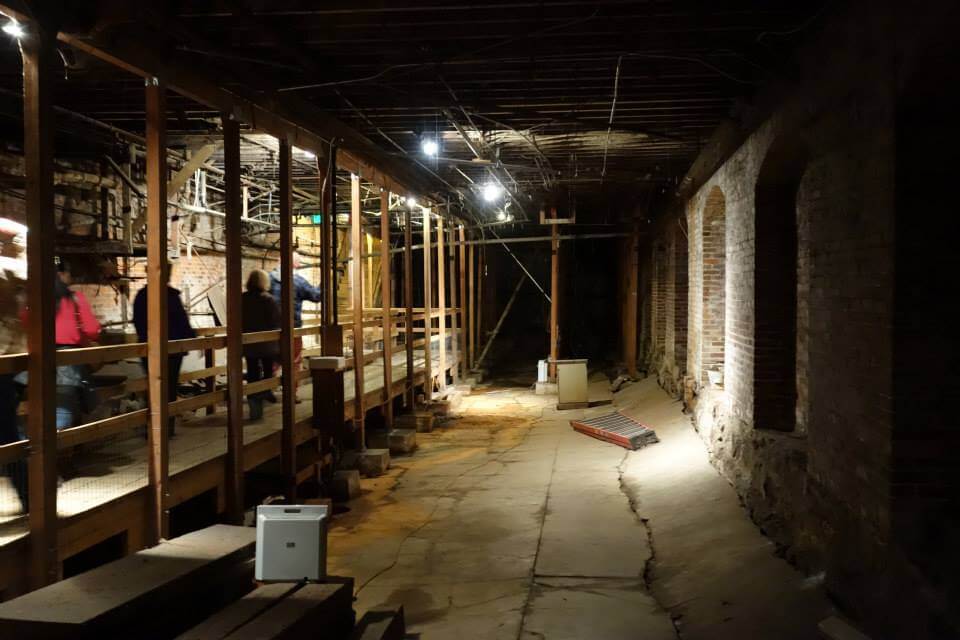 Excursions to the dungeons are made in many major cities of the United States, and in some, such as San Francisco (Los Angeles), they are accompanied by colorful shows and attractions for tourists. But in few places underground you can find a whole city. However, the real Seattle, Washington, a city founded back in 1869, is located exactly there, in the underground catacombs, hidden from prying eyes.

On the subject: Ten most underrated sights in the USA

True, 20 years after its foundation, it became a victim of a devastating fire, after which local authorities decided to rebuild Seattle from stone, and not from wood, as before. It took 10 years for the construction, but the gold diggers who had enriched themselves in Alaska, who at that time flooded the city, did not want to wait so long and began to use the surviving buildings to finish building new floors for them. This idea turned out to be extremely popular, as it solved another serious problem of the city - the constant flooding that occurs due to long rains and swampy soil.

As a result, Seattle climbed one level up. The first floors of houses were abandoned, and the second, on the contrary, became the main ones. Sidewalks were raised to their level on special columns, then streets were poured flush with the sidewalks, and the first floor of the city gradually went underground. Today you can see it during an excursion and remember that it was once a real city. 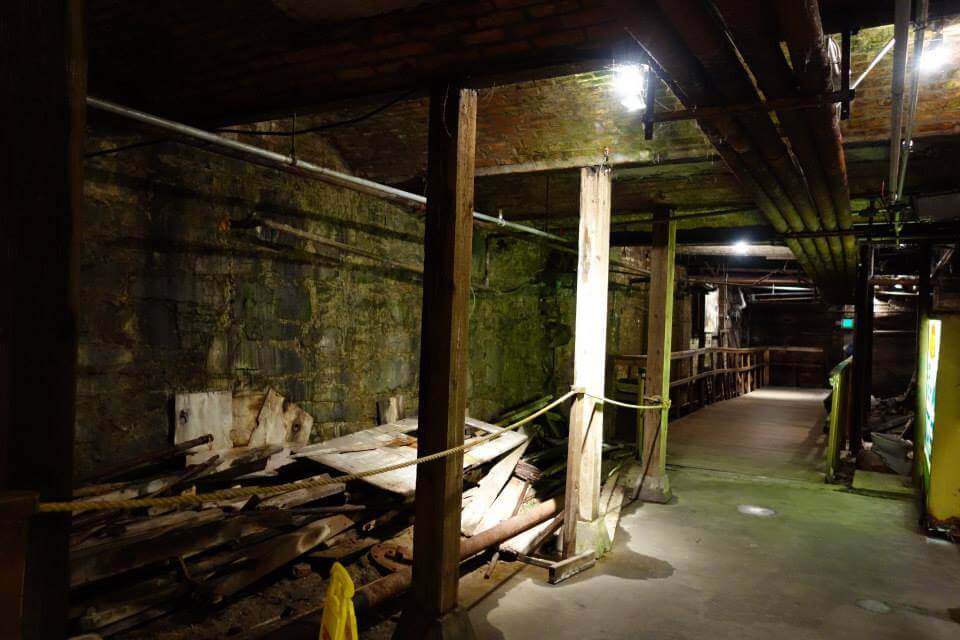 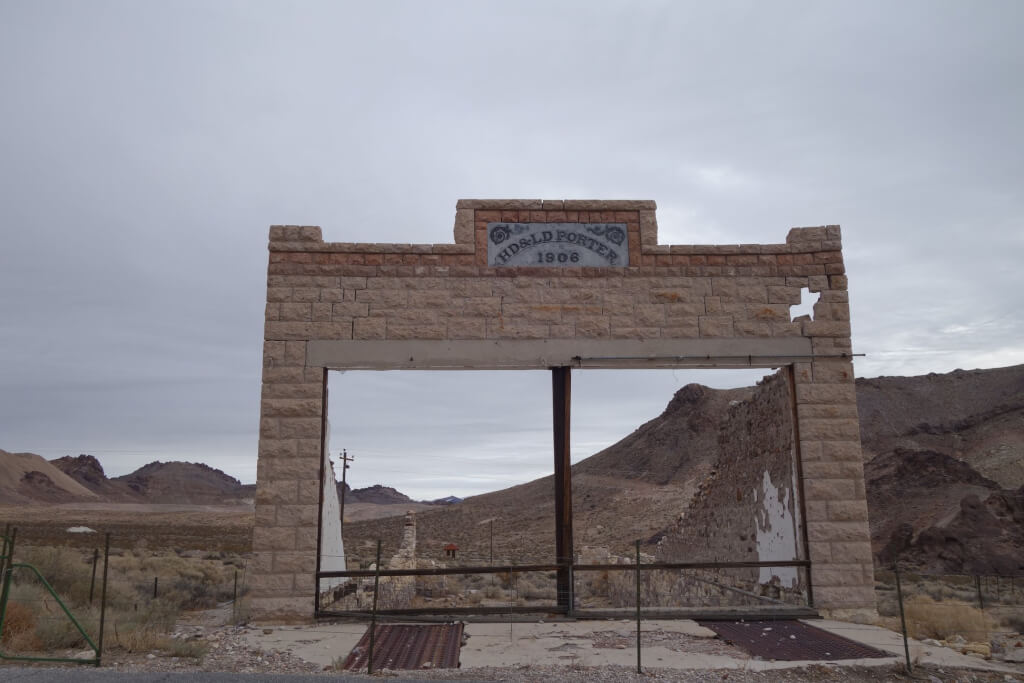 However, abandoned cities in America remain not only underground, but also on its surface. So, for example, there was the fate of the town of Rhyolite in the state of Nevada - the legacy of the era of the gold rush. It was built in 1905, and in record time it turned into a wealthy city with schools, hospitals, swimming pools, an opera house, its own water supply and even a telephone connection. From 1905 to 1908, almost 12 thousand people lived here, but over time, the reserves of gold-bearing ore were depleted, and this coincided with the financial crisis in the United States. The city began to melt before our eyes, and by 1911 less than a thousand people remained in it. In 1920, the last resident left Riolita. 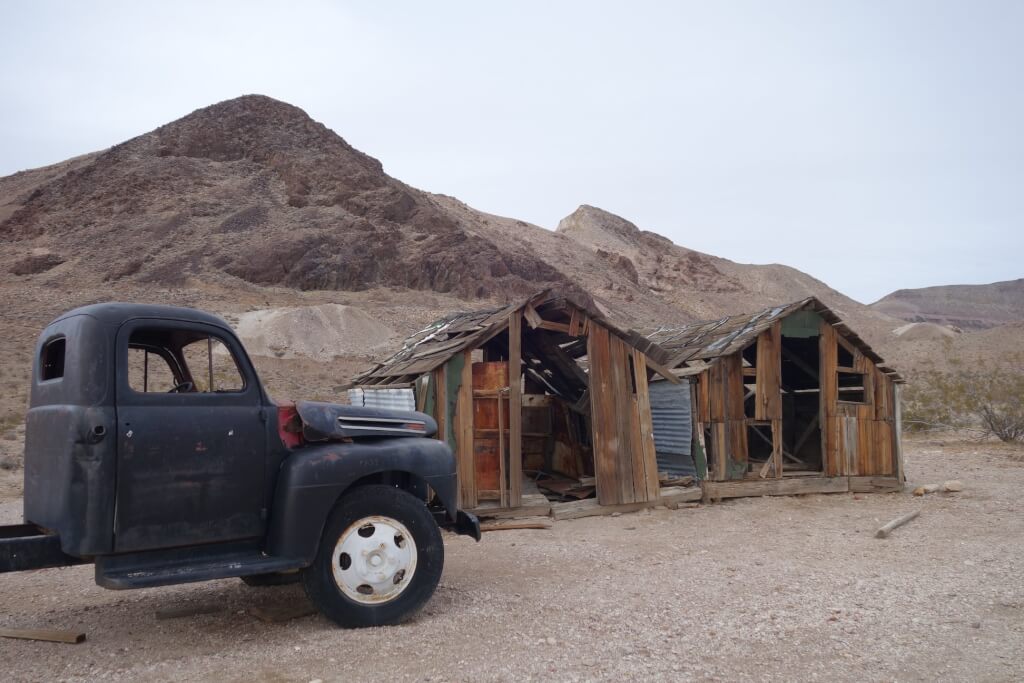 In 1984, a Polish artist Charles Zhukalsky created on the remains of the city an installation of sculptural compositions reminiscent of ghosts called "The Last Supper". Rhyolite is not the only example of how wealthy gold miners in record time created cities that disappeared almost immediately after the depletion of gold reserves. 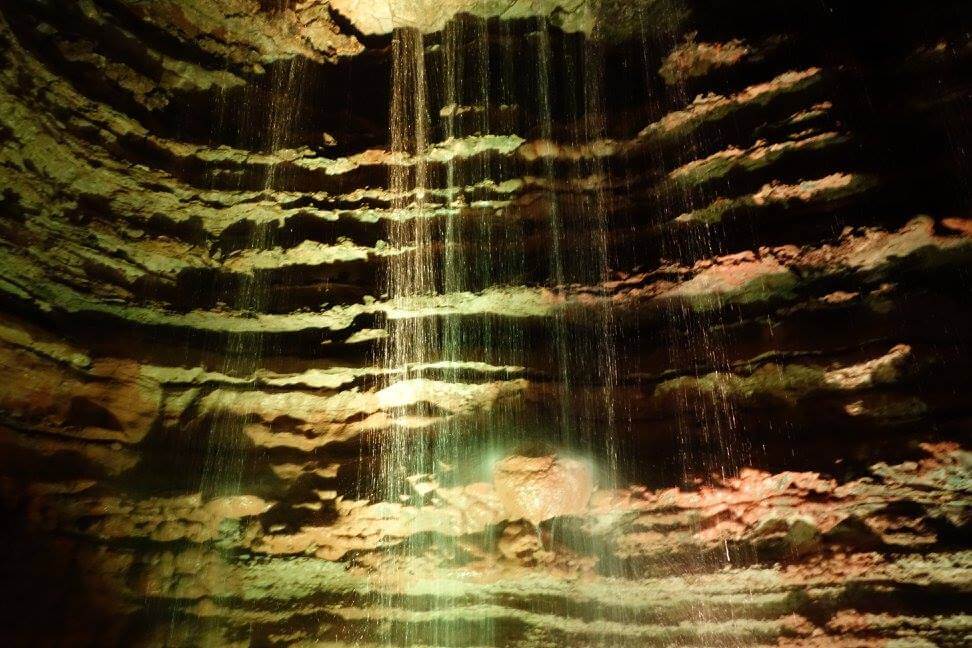 By themselves, these phenomena are miraculous, but human intervention has given natural wonders a truly fabulous look. Excursions to the caves are conducted in several states (for example, in Virginia), but the most impressive underground kingdoms are located in the small town of Springfield, Missouri. The caves stretch here for many hundreds of kilometers and go deep into the North American continent, and the amazing lighting creates a truly magical feeling. 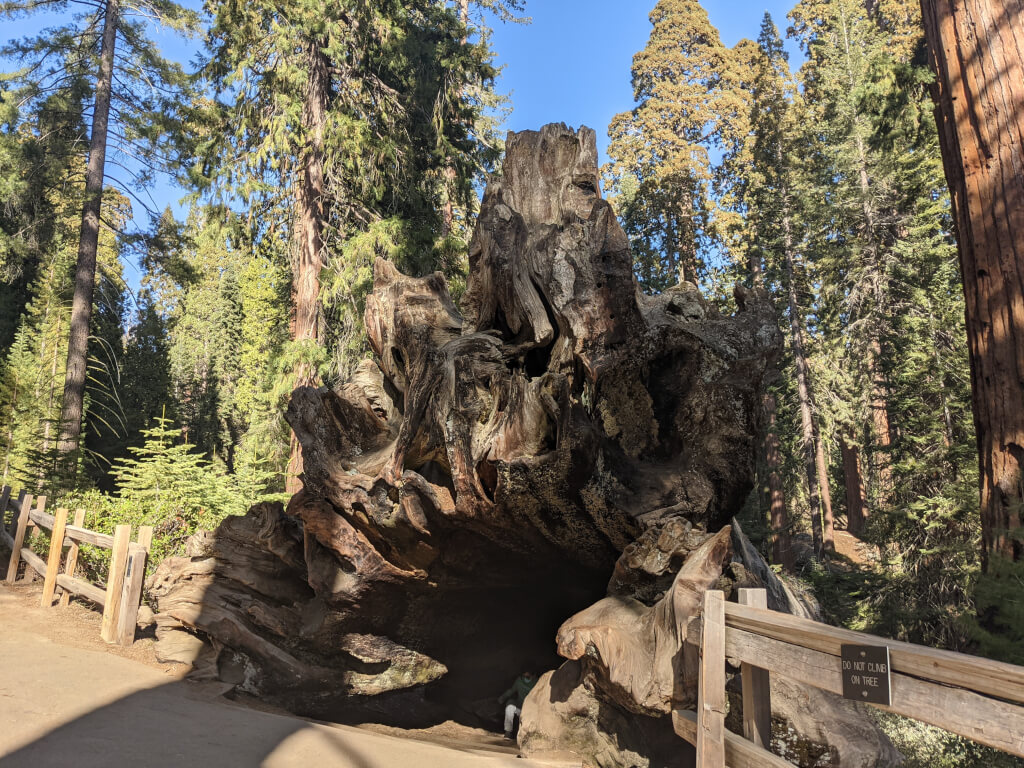 These are, first of all, the huge sequoias for which the north of California is famous. Sequoia and Kings Canyon National Parks are known for the tallest trees in the world. Some of them, blown down by thunderstorms, have been lying on the ground for hundreds of years and are still in good condition. Their already hollow trunks can be traversed like tunnels. And on the territory of the Sequoia Park you can find magnificent mountain views, deep canyons, a whole system of branched caves, as well as lakes, rivers and alpine meadows formed as a result of long geological processes. 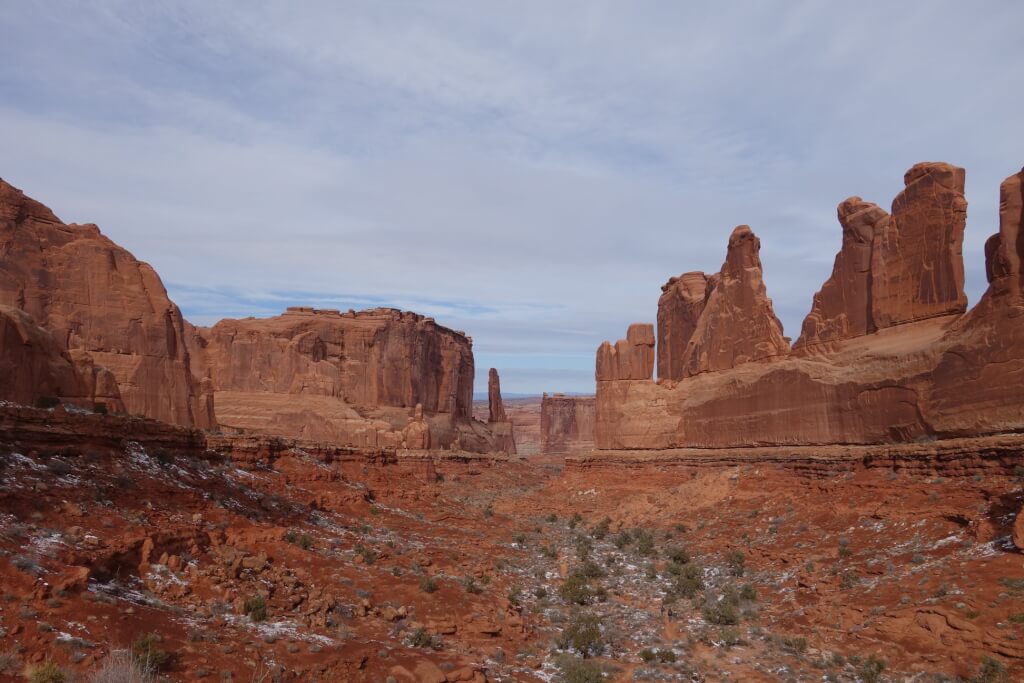 It's no secret that many of the "Martian" landscapes of Hollywood were filmed in the national parks of Arizona (Colorado) or Utah. Horseshoe Canyon on the Colorado River or the Grand Canyon in Arizona are better known, but lovers of majestic mountain views may also like Utah - especially if you prefer snow on Mars. Parks "Canyonlands" or "Arches" in the vicinity of the town of Moab (by the way, lovers of rocky panoramas stay in it) will not leave anyone indifferent.

Ten US cities with the most unusual architecture

Top 10 most beautiful places in California