When moving to America, be prepared to enter another world with new rules, they told me before leaving. And they were right. After several years of living in the United States, my opinion has changed dramatically on many issues. Of course, “white” did not become “black”, but I had to get used to certain moments for a long time. 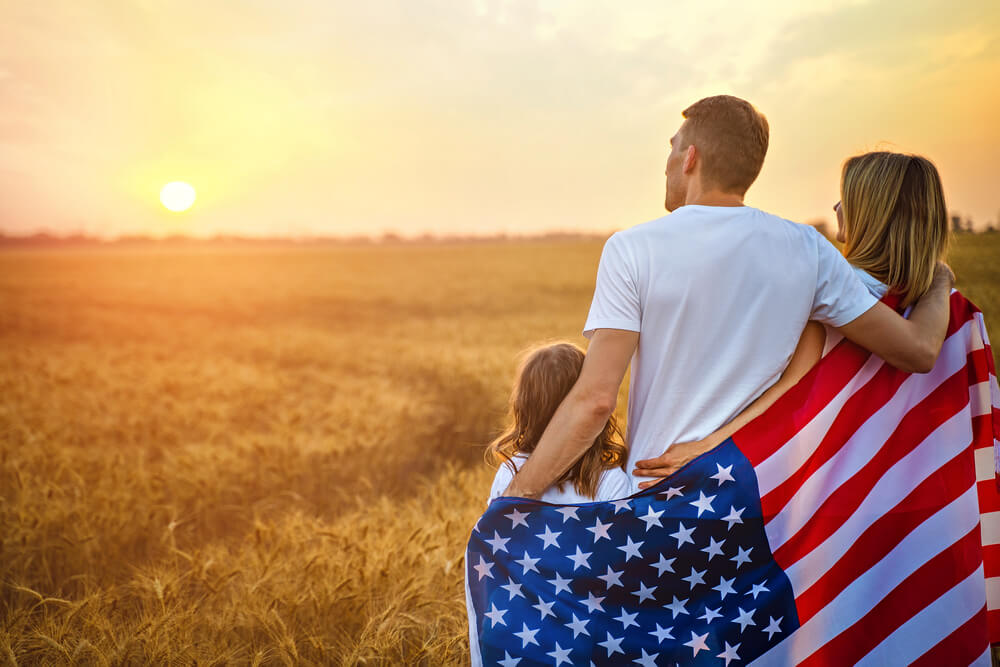 We are accustomed to the fact that in the CIS countries it is considered a normal situation when a man-earner works, and a woman - the keeper of the hearth - takes care of the house and raising children. If a woman cannot imagine her life without work, she goes to work on an equal basis with her husband, and the children are taken under the care of grandparents or sent to the garden. A man sitting at home with children while his wife is making money is shameful and shameful.

In America, such a story is considered to be absolutely normal: no one would be surprised or chew on the “householder”, calling him a dependent. In most cases. It's just that the partners agreed among themselves that now she is building a career, and he is engaged in equally important things - sitting with children. It is also quite possible that a woman is simply better able to earn money, or maybe just recently she received an offer that she could not help but accept.

Popular in America is the story when a woman works "for two" while her faithful is studying, since it is almost impossible to combine studies and full-time work.

2. The key to success is long-term planning

Americans do not make plans for the month, they immediately reflect on what they will do during the whole year: where they will go, what they will buy, which doctors they will go to. Employed officially understand how much money they will receive for this year and can decide how to spend it. Otherwise, it is impossible here, since the average US citizen has a lot of expenses for a year, which must be “scattered” in his budget.

Important events like anniversaries and weddings are planned for a year or for several years. The appearance of children also often does not occur spontaneously. Although each family (depending on its income and place of residence) has its own nuances.

That is why most of the inhabitants of megalopolises can not imagine their life without a diary, in which even the most insignificant things can be recorded.

3. You can look whatever you like, if you feel so comfortable.

Tattoos, colored hair, piercings, unusual clothes - all this is found not only among American teenagers, but also among quite mature people. No one is embarrassed to look the way he or she wants.

It's not just about clothing and looks, but weight as well. Sometimes it seems that overweight people do not have complexes, but are proud of their kilograms, dressing in tight outfits. Ultra-short shorts on a XXXL lady are common in the United States, unlike in Russia or Ukraine, where a curvy woman most likely will not even look at such clothes, because she will be ashamed to go out.

And the best part is that American women of fashion with a magnificent body can buy the same clothes as thin ones, because almost all brands usually offer wide size rulers.

4. Living on credit is not a shame

The life of Americans always revolves around credit rating... It must be high in order for a person to be able to apply for the bank's money - eventually take a mortgage, buy a car or ask for a loan to start a business. To do this, a resident of the United States needs to open credit cards in any case and use them correctly so that they can see in a bank that a person can be trusted.

No credit rating - you can't even take a new one iPhone by installments. Not to mention large purchases.

In fact, people often become hostages of loans and spend much more than they can afford, purchasing expensive things, equipment and cars that they cannot afford, but in most cases, a loan is an opportunity to realize their dream. For example, to pay tuition at the university, then to find a high-paying job and live happily ever after.

5. Networking is more important than your experience

You may have an honors degree from Ivy League University, extensive experience in a company from F and an ideal knowledge of the market, but if you cannot tell a potential employer, or at least a friend of this employer, about this, consider that you have nothing.

Modesty in America is something of a vice. Here you need to be able to present yourself and not be afraid to get acquainted. With people of any status and anywhere. Especially if you are applying for a job in a field where a lot of communication is expected.

Remember, a lot of fateful dating occurred in places that were not intended for this at all.

Opinion: 5 reasons why I no longer want to live in Brighton

What you need for happy immigration

Ukrainian habits that harm friendship and career in the US

How to cheap cure your teeth in New York

What kind of pension will I receive in America

life in the USA