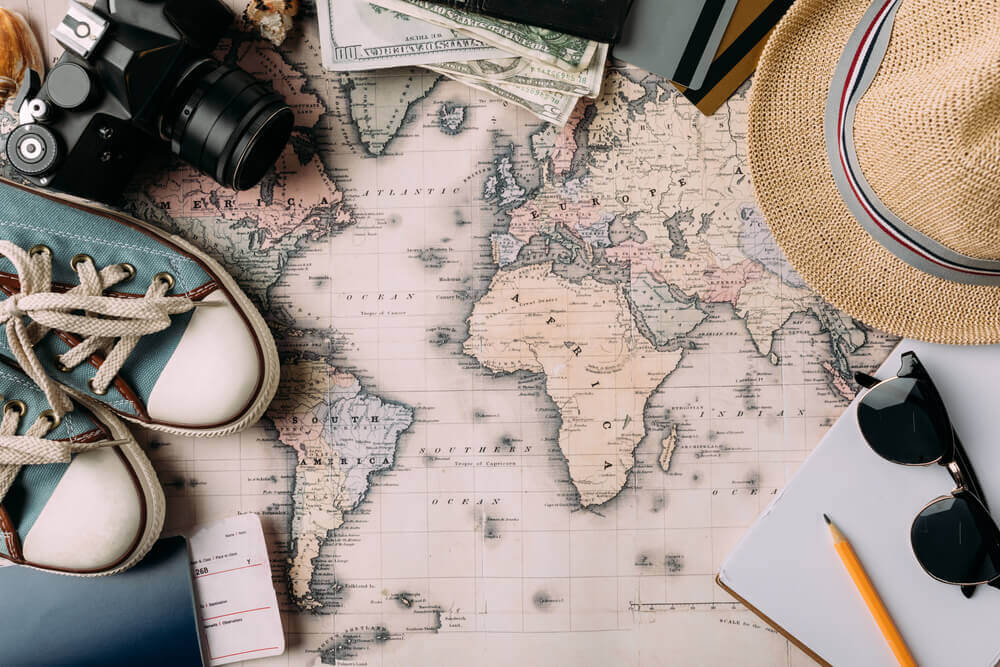 Avoid rush hour traffic before and after the holiday

More than 55 million people plan to hit the road on Thanksgiving with at least 50 miles (80,4 km). This makes this day the second busiest Thanksgiving since the beginning of 2000.

“With record levels of travelers and ever-growing populations in the country's major metropolitan areas, drivers must be prepared for severe traffic jams,” said Trevor Reid, a transportation analyst at INRIX. "Although travel times will be at its maximum on Wednesday afternoon nationwide, travelers should expect much more traffic than usual during the week."

Stay away from the busiest cities

You may be stuck in traffic, but at least this time you will not spend a fortune on gasoline. Fuel prices in the 2019 year are lower than the average price in the 2018 year, although they differ quite a bit.

On the subject: Seven travel tips from the youngest tourist to travel the world

In addition to roads, airports are always loaded. Therefore, thousands of employees of various airlines at 18 airports threaten to stage a protest at the beginning of one of the busiest travel seasons of the year, writes Fox Business.

It is reported that a federal mediator is participating in the negotiations, as the holiday is approaching and the authorities want to resolve the issue as quickly as possible.

It is expected that from Tuesday to Sunday, 1 December, will be made about 3 million flights, according to Airlines For America.

According to union representatives, passengers traveling through these airports can be witnesses from 200 to 1000 demonstrators at each airport.

"We don't want this to hook customers," said Union Here President Taylor. “Our goal is to shed light on what is happening with the plight of workers. We are trying to say that airlines are making billions and we want a piece of the American dream. ”

According to Taylor, the demonstrations will focus specifically on American Airlines, which concludes contracts with employees hired by LSG Sky and Gate Gourmet. The Americans, for their part, called on both companies to come to terms with union workers.

On the subject: Record traffic jams and crowded airports: how to travel on Thanksgiving

“American Airlines respects and supports workers' rights to join and bargain collectively - in fact, 84% of our team members are unionized,” American Airlines spokesman Josh Freed said in a statement received by Forbes. - We believe in the collective bargaining process. We understand that the new contract will ultimately increase costs for customers, including US customers. "

LSG Sky Chefs spokesman David Margulis said that "union members are legal because they exercise their right to demonstrate or protest."

“Food service workers work in large industrial kitchens and often no one even knows about them,” Taylor said.

Last year, 8000 hotel workers represented by Unite Here went on strike at Marriott Hotels across the country, and their demands were met within two months.

Do promotional flights really help us save money?

Do not touch: 5 the most dirty places on airplanes