Storm Eta turned into a hurricane off the southwest coast of Florida on the morning of Wednesday, November 11, and then weakened again to a tropical storm as it approached the west coast of the state. Fox News. 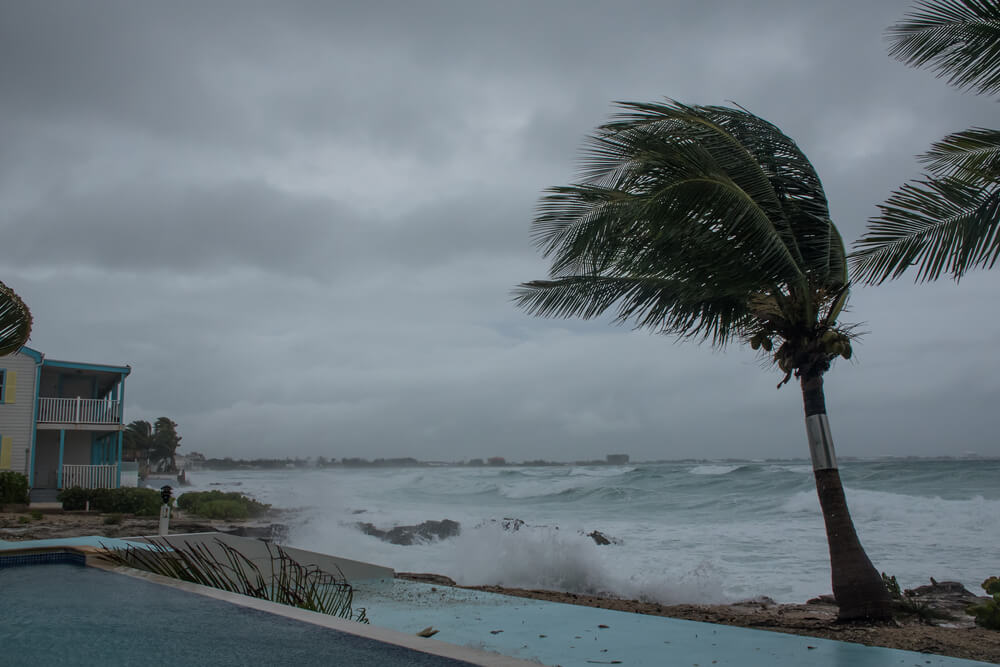 Eta will move closer to the Florida coast during the day on Wednesday, November 11, according to NHC. By Thursday, November 12, the storm will hit the coast somewhere along the west-central coast, and then move inland.

The storm will then travel across the state and reach the Atlantic by late Thursday or early Friday, November 12 or 13, respectively.

Although This escalated into a Category 1 hurricane over the warm waters of the Gulf of Mexico on the morning of Wednesday, November 11, forecasters from the NHC said the storm will continue to ease as it approaches land.

“This will be Florida's second landfall,” Dean said. "Floods will be a serious problem."

Heavy rain will be the main threat to West Central Florida from Wednesday, November 11 through Friday, November 13. It may rain 2 to 4 inches (5-10 cm) with the risk of flash flooding. The storm will also be accompanied by strong winds and occasional thunderstorms.

This one made landfall in Florida late Sunday night, November 8, en route to the Gulf of Mexico, a storm flooded densely populated areas from Monroe to Palm Beach counties with rain. Some areas of South Florida are expected to receive up to 23 inches (58 cm) of rain by the time the storm ends. 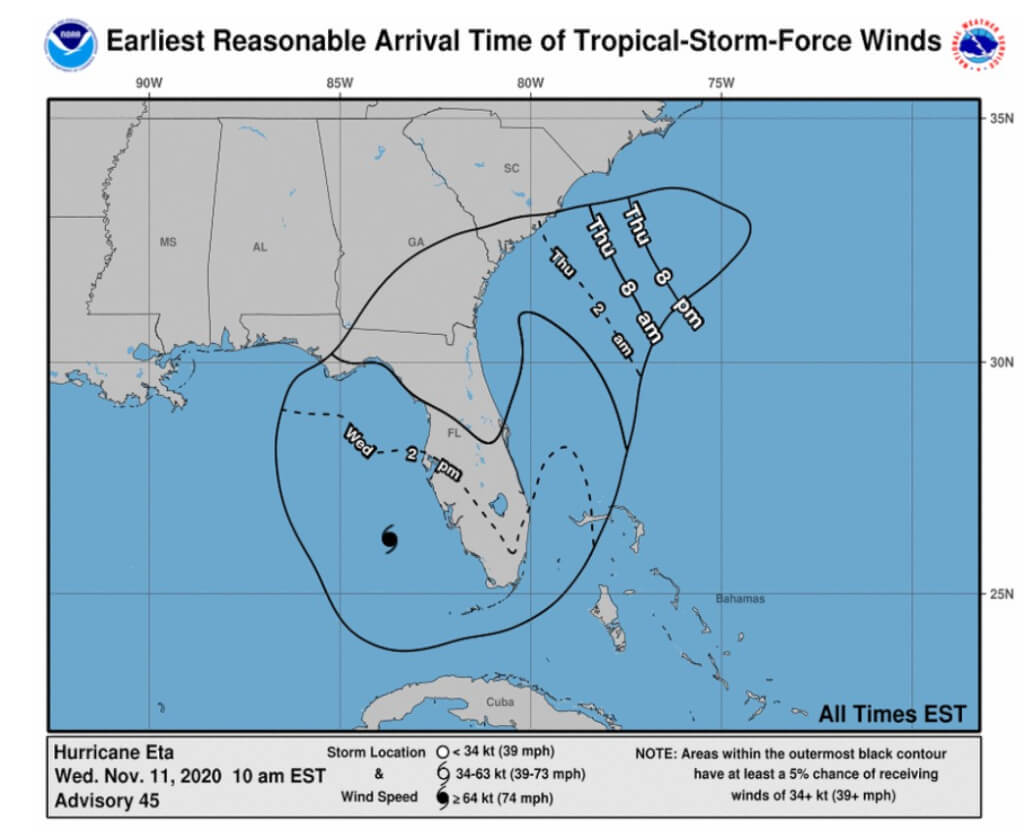 Officials said the storm caused "100-year" flooding in South Florida that was different from the effects of a normal hurricane. The already water-saturated land exacerbated the effects of the rains.

“Once the land is saturated, the water really has nowhere to go,” said Fort Lauderdale Mayor Dean Tranthalis.

On Tuesday, November 10, the sun returned to many areas, but the water did not go away. Residents of the Melrose Park neighborhood in Fort Lauderdale expressed their disappointment.

“Waking up in the morning and smelling mildew, smelling water just steps from your house, and not knowing what to do, you feel hopeless,” said resident Selena Cook. “I didn't sleep last night. Every time it rained, I jumped out of bed and looked out the window. "

The Tampa Bay region is home to over 3,5 million people across five coastal counties. A mandatory evacuation was not immediately required, but the authorities began to open shelters for anyone who needed them.

Tampa Mayor Jane Castor said the shelters are focusing on protecting people from coronavirus, for example through social distancing, and encouraged people to bring their own masks.

“Everything will be done to make sure all of our residents are safe,” Castor said.

"It is expected that all operations will resume on Thursday by noon, but may resume earlier if the airfield and terminals are deemed suitable," the airport said.

“We hate doing this this late in the morning, but it's done for the safety and well-being of children, staff and parents of Charlotte County schools. Classes have been canceled for today, ”said Michael Riley, a representative of the Charlotte County Schools Community. “The decision was not easy, but we believe it is the best solution to keep your children, their families and our employees safe.” 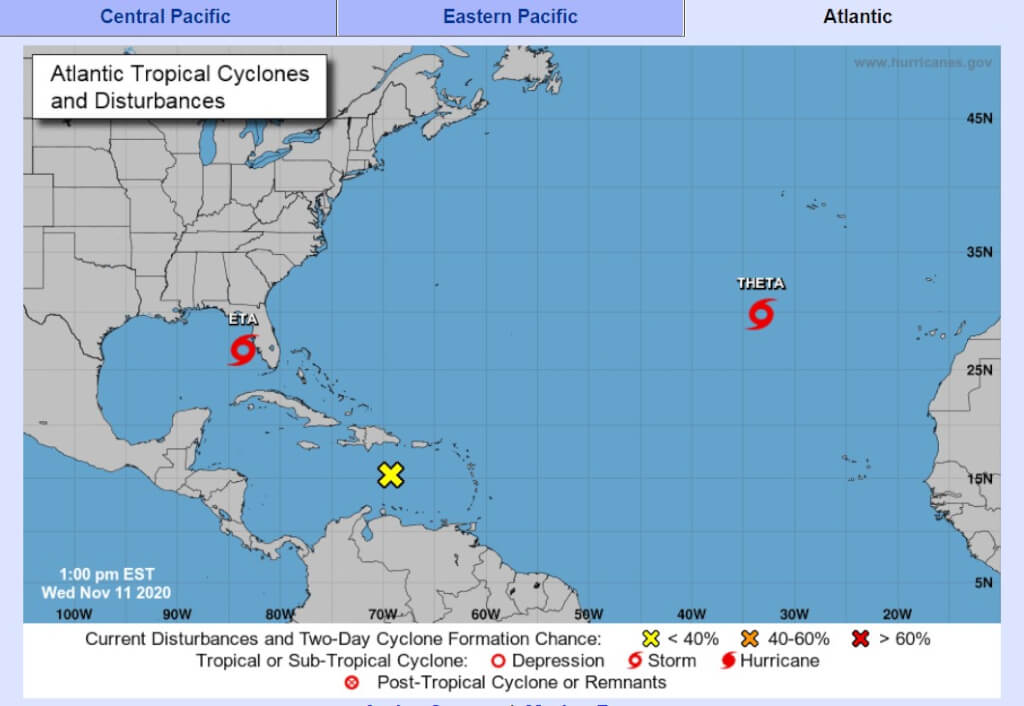 In Pinellas County, the COVID-19 testing facility at Tropicana Field was closed due to storm Eta. The approaching storm also postponed the Veterans Day ceremony in St. Petersburg, according to FOX13.

The Hurricane Center said there could be a "life-threatening storm surge," early Thursday morning, November 12, and forecasters advised residents to heed local government warnings. Tropical hurricane force winds are expected in the area by the end of Wednesday 11 November.

After being a Category 4 hurricane in Central America, Eta killed nearly 70 people from Mexico to Panama before relocating to the Gulf of Mexico early Monday morning, November 9.

This is the 28th storm in the busy Atlantic hurricane season, breaking the 2005 record for the most named storms. It was followed on Monday, November 9, by the 29th storm, Theta.