Home In the U.S. Heavy rains and gusts of wind: another tropical storm threatens Florida residents

The National Hurricane Center has yet to give a name to the new Atlantic weather event, but has already issued the first two recommendations for a potential Tropical Cyclone Nine, which is predicted to evolve and turn into Tropical Storm Isaiah on Tuesday evening, July 28, or Wednesday morning. July 29, writes Orlando Sentinel. 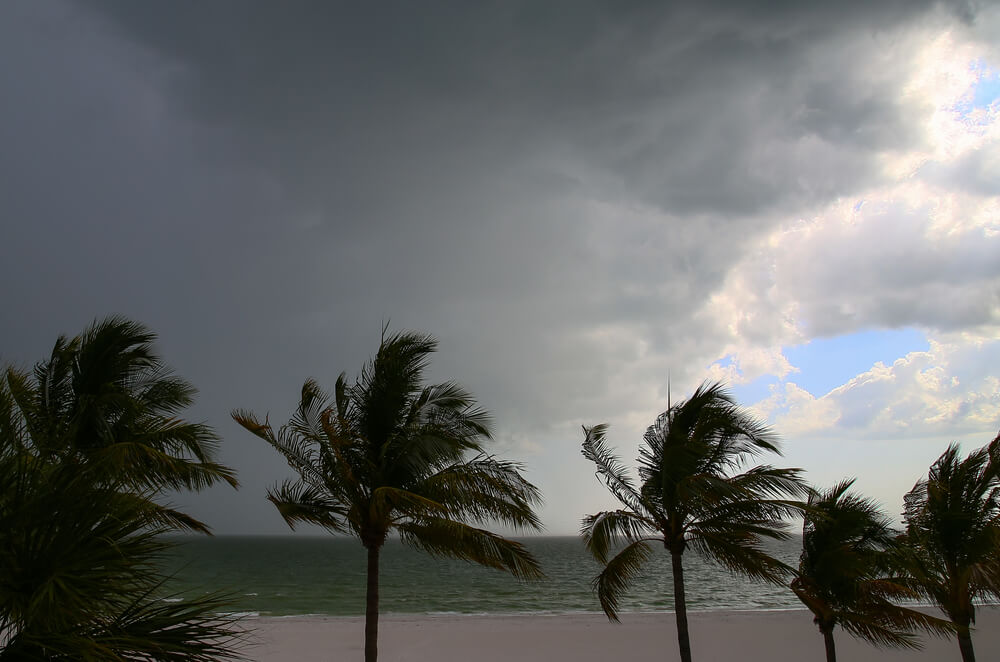 While Florida is still in the predicted impact range of the tropical event, the National Hurricane Center (NHC) said its detailed path was unclear due to the lack of a well-defined center.

“However, this system could result in low rainfall and wind in parts of Hispaniola, Cuba, the Bahamas and Florida by the end of the week,” NHC said. "We will be monitoring its progress and updating the forecast over the next few days."

As of 17:00 local time on July 28, a tropical storm warning was issued for the northern coast of the Dominican Republic. Earlier in the day, tropical storm warnings were issued for locations such as Puerto Rico, US Virgin Islands, British Virgin Islands, Antigua, Barbuda, Montserrat, Saint Kitts and Nevis, Guadeloupe, Martinique, Saint Martin / Saint. Martin, Saba, Sint Eustatius and Dominica.

NHC expects these areas to weather a tropical storm by late Wednesday, July 29.

Flash floods and landslides can occur in the Leeward Islands, the Virgin Islands, and Puerto Rico.

FOX 35 meteorologist Jamie King predicts the storm could hit Florida on Sunday morning, August 2. However, most forecasts show a weakening of the storm long before it hits South Florida.

The extent of dry air associated with the Sahara dust layer may also play a role in reducing the severity of the storm. Before that happens, however, meteorologists expect to see the development of Tropical Storm Isaiah by Tuesday evening, July 28.

“The early stages show uncertainty in the trajectory of the storm and its intensity,” King said. "This is hurricane season and you need to be prepared for it."

The storm is traveling at 23 mph (37 km / h) with a maximum sustained wind of 40 mph (64,4 km / h) and is located about 435 miles (700 km) east-southeast of the Leeward Islands , the NHC said as of 17:00 pm Tuesday, July 28. Environmental conditions will exacerbate the storm for the next 48 hours before it affects the islands of the Caribbean.

The not quite organized system has yet to be called a tropical depression, but in some places it already maintains steady winds of more than 40 mph (64,4 km / h) with occasional stronger gusts, so if the NHC determines that a storm is sufficient intense to get an official name, it will be called Isaiah. Already, tropical storm winds extend 230 miles (370 km), mostly northeast of its center.

If a storm hits southern Florida over the weekend, heavy rains and gusts of wind should be expected there, King added.

“But we've never seen anything like this before,” he said.

The US Coast Guard has activated its alert system in Puerto Rico and the US Virgin Islands from 14.00:48 pm local time. This means storm winds are expected at over 39 miles per hour within 500 hours. Port facilities remain open to commercial traffic, but pleasure craft must seek safe harbor, while all commercial vessels over XNUMX gross must plan to leave ports.

The 2020 hurricane season has already featured six tropical storms - Arthur, Bertha, Cristobal, Dolly, Edward, Fay, and Gonzalo - plus Hurricane Hannah, which hit Texas over the weekend of July 25 and 26. After Isaiah, the next named storms could be Josephine, Kyle, Laura, Marco, Nana, Omar, Paulette, Rene, Sally, Teddy, Vicki, and Wilfred.