When you are raised in a certain way and in a certain environment, it is easy to assume that other people were raised like you and are now raising their children in the same way. But this is not at all the case. Parenting habits vary greatly from country to country. In the United States, for example, it has its own characteristics that surprise not only Russian-speakers, but the whole world. This is what the publication told about. Red book mag. 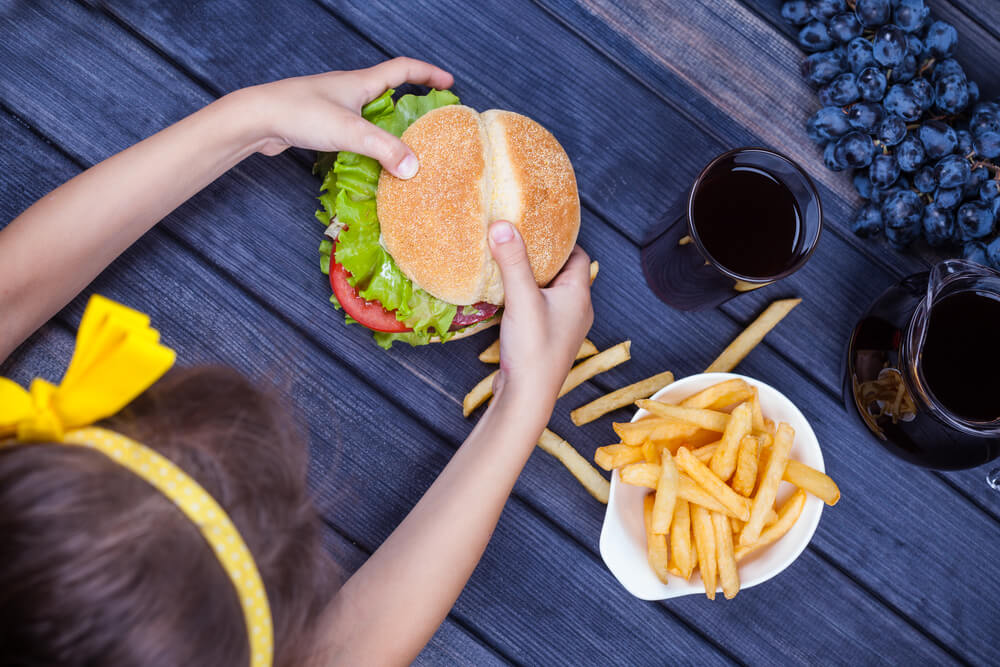 It's no secret that Americans love to eat. The United States has the highest per capita calorie intake in the world. Unfortunately, giant portions start at a young age, putting American children at a much higher risk of obesity than children who eat smaller portions in other parts of the world.

When it comes to consuming fast food, Americans are winning. So much junk food is eaten in the US that one in four people eats it every day, and this is unlikely to change anytime soon. According to a 2017 report, the fast food industry is showing much more growth than the US economy as a whole.

Also, Americans love soda, especially its huge portions. One study found that the United States ranks 26th in the world for sugary beverage consumption. At the same time, children in the USA can drink any drink directly from the refrigerator, for our mothers it is wildness.

Protect children from sex, but not violence

A poll by the American Film Association found that 80% of American parents are more concerned about their children seeing sex in movies and TV shows than being violent.

On the subject: Seven wise rules for raising children among Jews

Return to work immediately after the baby is born

Paid parental leave for both mother and father is the norm in countries such as France and Sweden. But not in the United States: in fact, the United States is one of the few countries in the United Nations where employers do not provide paid leave to new parents. For example, in Belgium, every parent is entitled to four months of paid leave, while in Austria, paid leave is offered until the child is two years old.

Weapons in the house

A 2017 study published in the journal Pediatrics found that about 1300 American children die each year from gunshot wounds, which is the third leading cause of death for children in the United States.

Allow children to voice their opinions

Admitting that your child has tantrums from time to time is one thing. But children in the United States are often not shy about speaking their minds when they are angry or do something wrong - something that parents in parts of Asia would never find acceptable behavior. For example, from a very early age, Korean children are taught almost immediately that their parents are in charge, and not vice versa.

Always take the side of the kids

In America, teachers say that parents usually take their child's side. They trust him more than adults when it comes to reporting bad behavior. This is not the norm in countries like China and Greece, where teachers are incredibly respected by both parents and students.

Baby shower is rarely celebrated outside the United States. And in some parts of the world, including Japan and Russia, celebrating a baby before birth is considered a failure.

It is not customary to celebrate a birthday in the USA without a grand party. Americans tend to overdo their kids' parties and can spend hundreds or even thousands of dollars on a single event. In other countries, traditions are much less complex and more related to family and food than fancy decorations and gifts. In places like Denmark and New Zealand, parents tend to make the holiday easier.

A 2012 Brookings Institute poll found that 70% of American parents find spanking an acceptable form of punishment. Although it is common and accepted in the United States, more than 52 countries around the world have banned any form of corporal punishment, including France, Sweden and Greece.

Make their kids move out at 18

In America, when a child turns 18, he or she moves out of home - at least that's what you have to do if you want to be considered a productive member of society. However, all over the world, children leave home when they get much older. One study found that the average age to move was 25 in Spain, 24 in Poland, and 22 in France.

They are not forced to help around the house

According to a 2015 survey, only 28% of American parents force their children to do housework. Compare this to places like Romania and Algeria, where 70% of children help around the house at least once a day.

Home alone: ​​from what age children in the US can be left unattended

Best and Worst Countries for Raising Children: USA Among Outsiders

From sex education to student fraternities: how education in the USA works