Criminals in New York will be donated 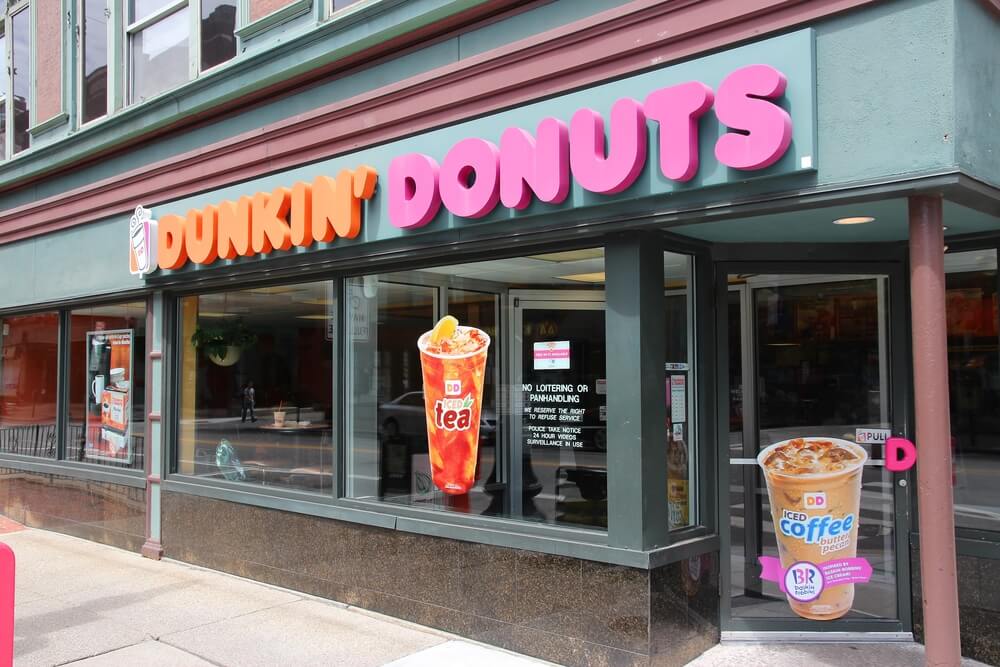 New York Mayor Bill de Blasio launched an initiative whereby the defendants in the city’s courts will be given gift cards Dunkin 'Donuts at $ 15 for participating in the survey.

The initiative applies to defendants attracted for minor violations, and is funded for the taxpayers' money, writes The New York Post.

In the questionnaires, defendants are asked to evaluate the work of judges and prosecutors and even the air temperature in the courtroom.

This is an attempt by the New York City Hall to make the city’s justice system more convenient for all participants in the process, including delinquents. For these purposes, the city administration allocated 800 000 dollars.

This is not the first initiative to award offenders for certain concessions or services on their part. For example, prisoners in the prison on Reisers Island receive pizza for good behavior. Thus, the mayor’s office is trying to reduce the level of cruelty and conflict in this correctional institution.

A source in the city administration called these initiatives “de-blasio“ madness ”and stressed that participation in the proceedings, even because of a minor offense,“ should not be fun. ”

“These people shouldn't want this to happen again. There should be no positive experience in court that would make people want to receive a summons again, ”said one of the city's police officers.

The president of the New York Police Sergeant Union, Ed Mullins, said: “There is a long-standing expression that the crime does not justify itself and does not bring anything good. We are now trying to prove what brings. Now the mayor gives them gift cards Dunkin 'Donuts on $ 15. Maybe we should start giving them the confiscated firearms? ”

He added that soon during interrogations they would have to treat criminals with tea and cookies.

Several defendants who took part in the survey admitted that they did not mind answering the 144 question, taking into account the award.

“I honestly shared my opinions and was awarded a gift card, which was great,” said 34-year-old Keith Wor, a personal trainer who was prosecuted for the disorderly conduct.

Rodney Jones, 62, who was arrested for carrying an air pistol, said gift cards are a good use of the budget money "because some people come here and don't have the money to dine."

One of the defendants, Ebony Drake, questioned the value of the study, saying that "some of the questions were stupid."

She added that many people would agree to answer questions for a reward, but they would write anything, since they are not interested in improving the system, but in a gift card.

“In my opinion, this money could be spent on a thousand other more useful things,” - said Drake.

The questionnaire was developed by the Center for Judicial Innovations and is part of the justice system improvement program launched in August.

The first phase of reforms led to the installation of special signs on benches where defendants should sit.

It is expected that in the final stage planned for 2018, training events will be held for judges, clerks and judicial officials, including based on the results of interviews of defendants.

Many court staff were outraged by some of the questions on the questionnaire, in particular, those who asked the criminal to assess how much the court officials were cheerful and respectful.

“My job is not to be nice and befriend a criminal. My job is to ensure that the court operates efficiently and within the framework of a legal process, ”said one of the court officials

Dennis Quirk, president of the Association of Judges, also criticized the idea of ​​asking the defendants how the court staff could better serve them.

“We don't need any training, judges don't need training. We all know how to do our job, and we all already treat people with courtesy and respect, ”Quinck said.

The Criminal Justice Department of the City Hall defended the idea of ​​issuing gift cards, calling it “compensation” for the time spent by the participant on the survey. Officials noted that the money spent on the cards is an insignificant part of the city’s budget.

10 the most dangerous and safe cities in the USA

What if a policeman stopped you

15 of the most criminogenic states of America