Home Page Our people Break the silence: how the USA helped restore hearing to a baby from Russia who was born without ears

Break the silence: how the USA helped restore hearing to a baby from Russia who was born without ears

The boy from Chita, born without ears, was raised by his mother. The day before departure for the long-awaited operation, which Cyril was supposed to undergo in California, she died. But the deaf boy heard the world and helped him break the silence, says "Voice of America". 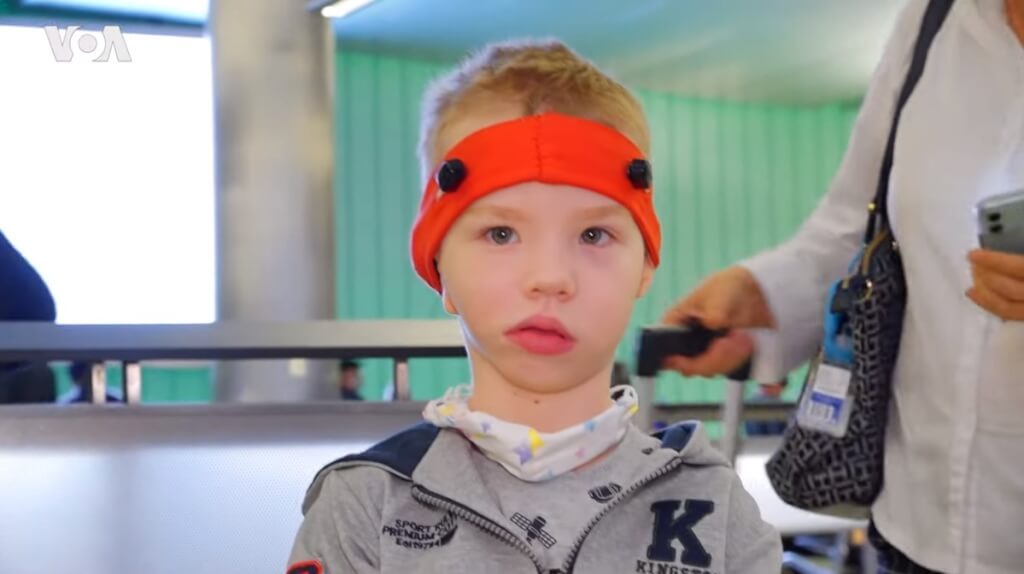 To hear this world, four-year-old Kirill had to fly over the ocean - from Chita to Los Angeles. Californian doctors volunteered to help the baby born without ears and ear canals.

“One in 9000 babies is born with this condition,” explains Joseph Roberson, a physician at the California Institute of Hearing. “Usually they don’t have one ear. And only 10% of children with this pathology have both sides affected, as in the situation with Kirill ”.

Atresia and microtia on both sides: Cyril was born with an anomaly. For the boy's mother, this was a real shock. Throughout the pregnancy, the doctors told Olga that there were no pathologies. Despite postpartum depression, the woman did not give up and did her best to break the silence in which her son lived: she met with American doctors, organized marathons. The residents of Chita, where the family comes from, helped as best they could. 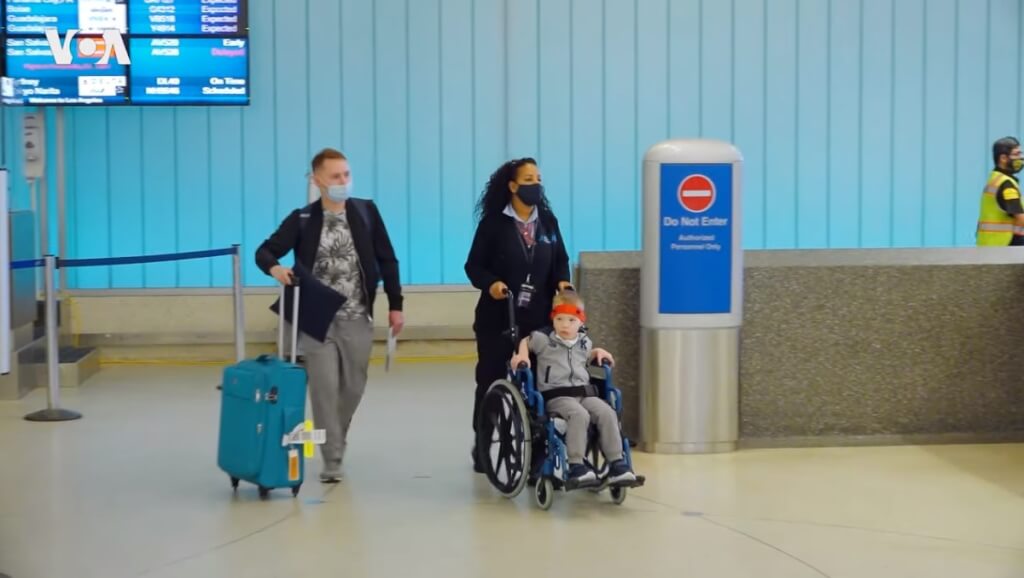 “Taking into account the fact that the standard of living there is rather low, we raised a very large sum,” says Nikita Zherebtsov, Kirill’s brother. “About 5 million 800 thousand, that's 85 thousand dollars”.

On the subject: A man with special blood was a donor for 60 years and saved 2,4 a million children.

When the required amount was collected, the family bought tickets to California for the long-awaited operation. But the day before the flight, the boy's mother died. Then 24-year-old Nikita, Cyril's older brother, took matters into his own hands.

“It's actually very difficult in our country to get a visa,” he says. “So I decided that if I don’t do it now, then no one will do it. It would be wrong for her memory to simply miss and lose what her mother has been pursuing for four years. I decided that I was the only one who had to do it ”. 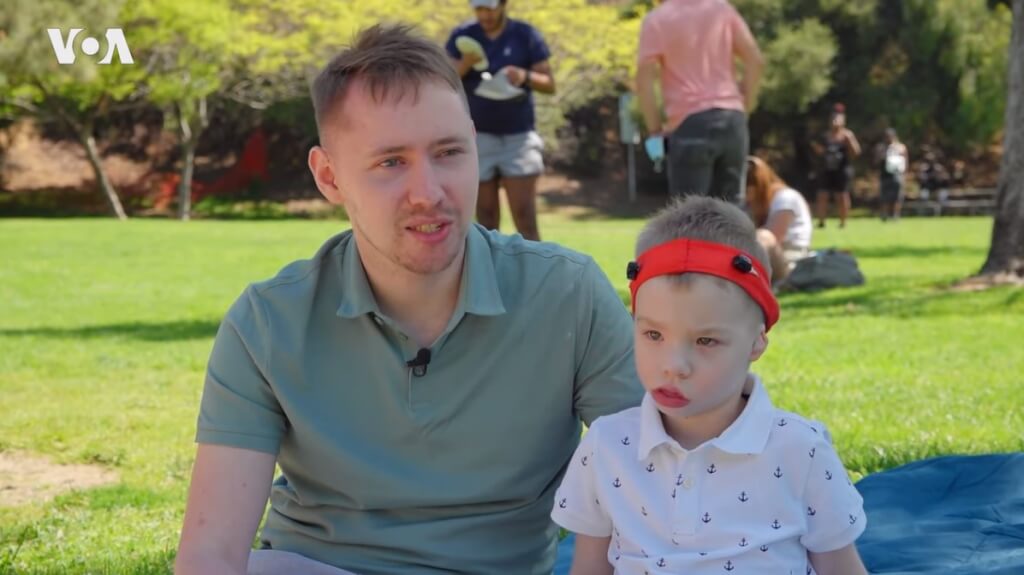 So they ended up in California.

“With all these events, my dreams somehow erased and for the last three months I have not dreamed of anything,” Nikita admits. - There is only a specific goal and that's it. I need to operate on my brother so that he is a full-fledged person. I just know how cruel children are and how they treat someone who looks different from them. ”

Before the operation, Kirill could hear at least something thanks to sensors that send signals through the bones of the skull. After - he will not need sensors.

“The surgery performed on these patients ensures both the shape and function of the ear,” explains Dr. Roberson. - An external ear is created, which will look like a normal one, and we will make an ear canal by piercing the bone, put the eardrum and return Kirill's hearing. And this will greatly affect his life. "

Similar operations are carried out in Russia. But the Institute of Hearing in California undertakes to operate on the most difficult cases, such as those of Cyril. 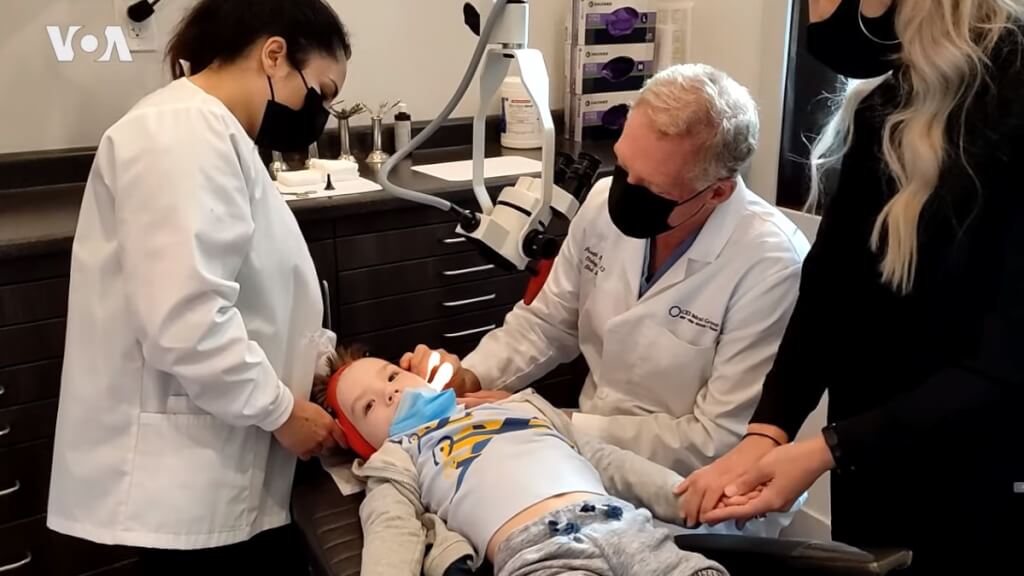 Together, the operation was successful.

“I was surprised that people are so responsive,” says Nikita. - Completely strangers help so much, so they met, helped in everything. There are beautiful places everywhere, but people are probably what surprised me as much as possible ”.

Kirill is now going through a rehabilitation period. The kid, who was helped by the whole world - both Chita and Californians - says that he dreams of doing the same.

“I want to be a lifeguard,” says the boy.

American philanthropy: how the system of assistance to the needy actually works in the USA

Personal experience: 'The habits of Americans, with which I have not come to terms after several years of living in the USA'