Home At home Stalin's great-grandson asks the Moscow Patriarch to exhume the body of the dictator: he is sure that he was poisoned

The great-grandson of the Soviet dictator Joseph Stalin, Selim Bensaad, asked the head of the Russian Orthodox Church, Patriarch Kirill, to become a "judge" in the discussion about the need to reburial Stalin's body. Writes about it «Radio Svoboda». 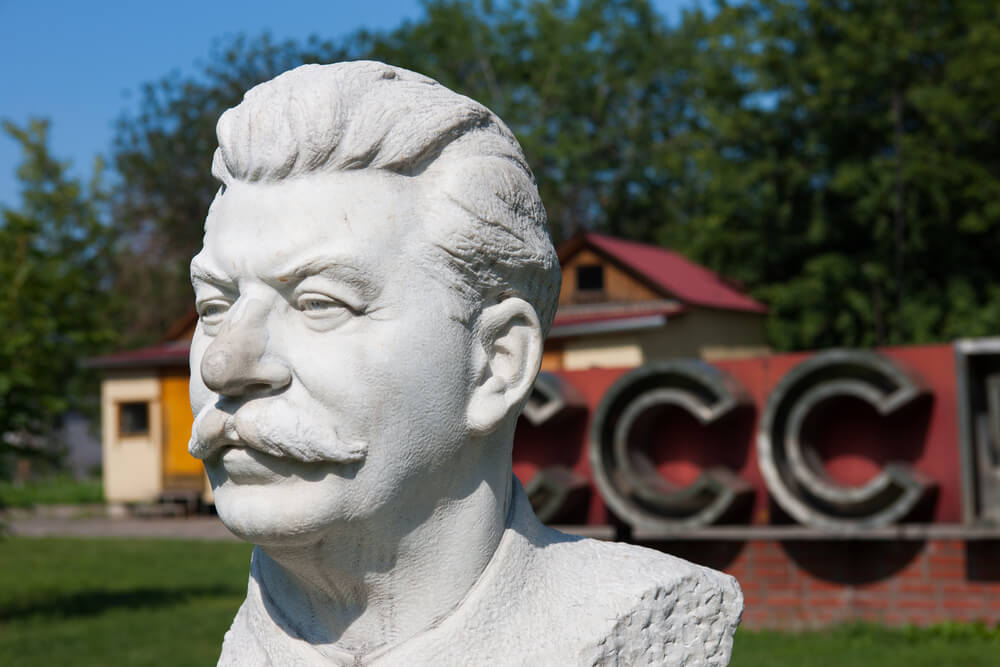 Stalin's great-grandson claims that Stalin wanted to be buried in the Novodevichy cemetery next to his second wife, Nadezhda Alliluyeva. In addition, he asks to exhume the body of his great-grandfather in order to establish the cause of death. There is a hypothesis that he was poisoned.

Stalin became ill after dinner with Malenkov, Beria and Khrushchev. The version of the poisoning remains the main one. The exhumation will also make it possible to conduct a DNA test with dubious bastards (false descendants of Stalin), who today in every possible way refuse to do a DNA test with Stalin's direct and proven great-grandson Bensaad.

Bensaad explained that he turned to the Patriarch of the Russian Orthodox Church because he was convinced that his great-grandfather was a believer. He also announced that he wants to donate the icon that belonged to Stalin to Russian President Vladimir Putin or to the central temple of the Armed Forces in Patriot Park.

On the subject: 'The best master of the country': a Stalin Center is being built in Russia, publicly rehabilitating the dictator

“It seems to me that it would be right for you to facilitate the transfer of it to our President Vladimir Putin, so that she would keep him and Russia,” writes Bensaad.

He also noted that he understands all the ambiguity of the figure of Joseph Stalin and stressed that he "does not pursue any political goals", but simply wants to fulfill Stalin's last will.

“I understand all the ambiguity of the figure of Joseph Stalin, which caused and will cause a lot of controversy, the hatred of his opponents and the love of fans who appreciated his contribution to the development of our country and victory in the Great Patriotic War. Of course, my appeal to the Patriarch regarding Joseph Stalin may also be ambiguous, but I want to note that my great-grandfather studied at a theological seminary and remained a believer until the end of his life, he prayed. In addition, it was Stalin who removed the persecution from the Russian Orthodox Church during the Great Patriotic War. It seems to me that it is very important that the last will of Joseph Vissarionovich, as a believer, be fulfilled, ”Bensaad wrote in a letter.

After Stalin's death in March 1953, his body was placed in a mausoleum on Red Square, and in 1961, after the exposure of the "personality cult", he was buried in a grave near the Kremlin wall.

Bensaad's grandfather is Stalin's eldest son, Yakov Dzhugashvili, who died in German captivity during World War II. Yakov Dzhugashvili's daughter Galina married a citizen of Algeria Hosin Bensaad, Selim is their son. Together with journalist Lana Parshina, he wrote the book "Secrets of the Stalin Family".

Socialism, Truth, Marx and Lenin: Communist names are still popular in the south of India, and this gives rise to many comic stories

'Black on the Reds': how an African American lived in the USSR for 44 years

'The best master of the country': a Stalin Center is being built in Russia, publicly rehabilitating the dictator