Home In the U.S. Cold snap in the east and extreme heat in the west: the weather will change dramatically in the USA

Cold snap in the east and extreme heat in the west: the weather will change dramatically in the USA

Forecasters AccuWeather North America is said to have major weather changes in late September and early October. In summer, it will be hot in the western regions of the United States, and a stream of Arctic air will fall on the eastern part of the country. Records of both high and low temperatures are possible. 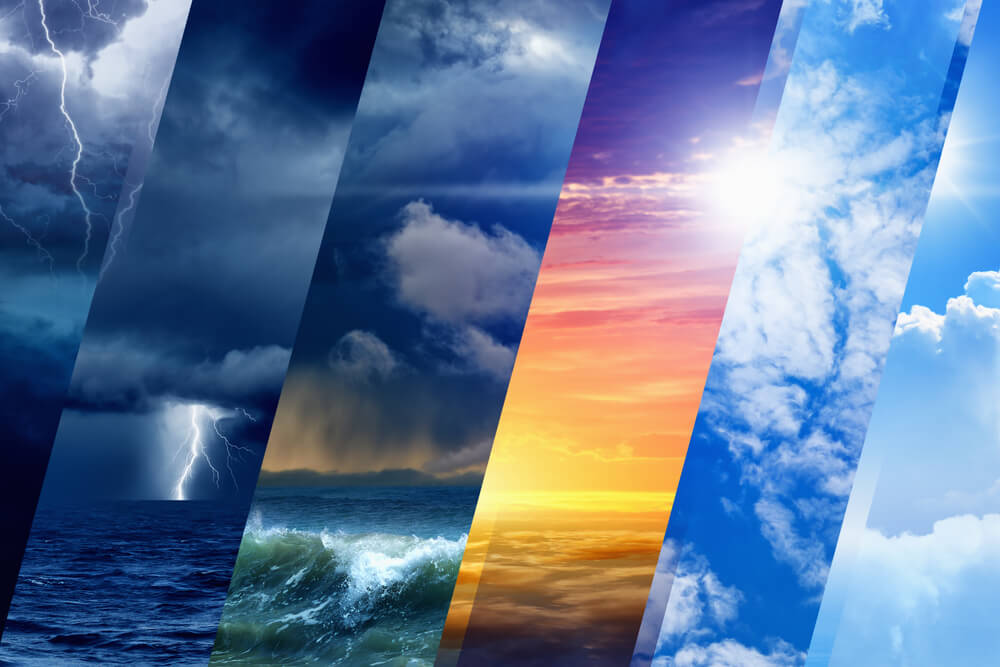 Cold wave for the eastern half of the USA

An outbreak of the coldest air in a year and a half will cover most of the eastern half of the United States next week.

“The model will change in two waves,” said AccuWeather meteorologist Tyler Royce. “The low-pressure area sweeping southern Canada will pass from the northern plains through the Great Lakes and move northeast during the second half of this weekend (September 26-27) and until early next week.”

The first burst of cooler air will help bring temperatures back to normal or slightly below normal in late September, and this will be limited to northern areas. In the southeast, it will remain several degrees above normal.

Normal highs in late September usually range from 65-70 degrees (18-21 Celsius) in the northern plains, the Great Lakes region, and the northeast. Further south, the temperature usually rises from 70 to 75 degrees (21-24 C) in the middle Atlantic Ocean through the Ohio Valley and into the middle part of the Mississippi Valley, and from 75-80 (24-26,6 C) to 80-85 (26,6-29 C) in most of the southeast and in the lower part the Mississippi Valley at this time of year.

According to Royce, the peak of the cold may occur on Friday or Saturday of the next week (October 2 and 3). It is expected to be coldest in areas from the Midwest and the Mississippi Valley to the Appalachians. From Wisconsin to the central Gulf Coast and from eastern Kansas to West Virginia, temperatures will be 10-20 degrees Fahrenheit below normal in the midst of a cold snap (for example, if the norm is 70 F (21 C), then minus 10 degrees will be 60 F ( 15,5 C) or 50 F (10 C)).

In the interior of Louisiana, Mississippi, Alabama and Georgia, tired of record hurricane seasons, daytime temperatures can reach 65-70 degrees (18-21 C), and night lows can drop to 40 (4,4 C). Some regions that are still being cleaned up and left without electricity by Hurricanes Laura and Sally, and now experiencing torrential rains from Storm Beta, will experience cold weather.

Frost and frost can threaten vulnerable agriculture from the southernmost parts of the Ozark in northern Arkansas to the Blue Ridge Mountains on both sides of Tennessee, North Carolina and far northern Georgia.

Temperatures are expected to remain at 40 (4,4 C) and even around 30 degrees (-1,1 C) in the Upper Midwest and northern Great Lakes. Rain with the effect of a freezing lake and a damp gusty wind will also add to the despondency and feeling of cold. At night, in the midst of a cold snap, the first snowflakes of the season may appear in some parts of the Great Lakes.

Nighttime lows will drop to 30-40 degrees (-1,1 to 4,4 C) and even to about 20 (-6,6 C) from the Eastern Plains to most of the mainland northeast and mid-Atlantic. Cooling will be felt along the east coast, but the main peak of the cold will come to the west.

A heatwave will sweep the western United States

While the eastern US is shaking, people in the West will turn on the air conditioners again as a vast thermal dome envelops the region. While some people in the Northwest are getting respite from dangerous wildfires, for many, the heat wave that begins next week will only make the fires worse.

Las Vegas's record streak of drought continues, and the city is challenging the record for the most 100-degree (37,7 C) days in a calendar year. As the heat increases, both of these rates will continue to rise.

Three-digit high temperatures are expected in Central and Southern California and the desert part of the southwest. Even San Francisco, which is usually cooled by sea air and coastal currents, can heat up to 90 degrees (32,2 C) and higher. Portland and Seattle will be warm and sunny after heavy rain, much warmer than usual.

Changes in weather can be especially frustrating for firefighters who are still fighting the fire elements in the region.

“When the winds blow from the coast, they carry hot and very dry air from inland areas directly to the coast. In some places, where they blow from higher to lower altitudes, the air heats up even more, ”explained Brett Rossio, AccuWeather meteorologist.

In Northern California and western Oregon, where some of the largest wildfires have erupted, there will be gusty winds early next week. Rain may mitigate the serious threat of new fires in Oregon, but Northern California is unlikely to be lucky. Rainfall is not expected to reach the parched area ahead of increased winds.

In the Los Angeles area, gusty winds could also thwart efforts to contain the Bobcat fire, which is now one of the largest in the county's history. The fire burns very close to Pasadena. Intense heat, very low humidity and gusty northeasterly winds will kick in early next week and could start a fire right in the densely populated suburbs of Los Angeles.

During the first full week of October, this extreme jet stream kink is expected to ease and conditions across the country are expected to return to normal. However, it could also mean renewed activity in the record 2020 hurricane season.

Falling straight out of the sky: Birds die en masse in the southwestern United States

A period of increased activity has begun on the Sun: what does this mean and what threatens