Home Our people Wrong turn: due to a navigator error, a Russian can be deported from the USA

When Alexander Pogorelov from Russia told his mother and stepfather, who live in the United States, that he had received a summons to war in Ukraine, the couple bought him a ticket to Mexico so that he would apply for asylum. But there was a “misunderstanding” at the port of entry, which threatens the guy with deportation, reports Boderreport. 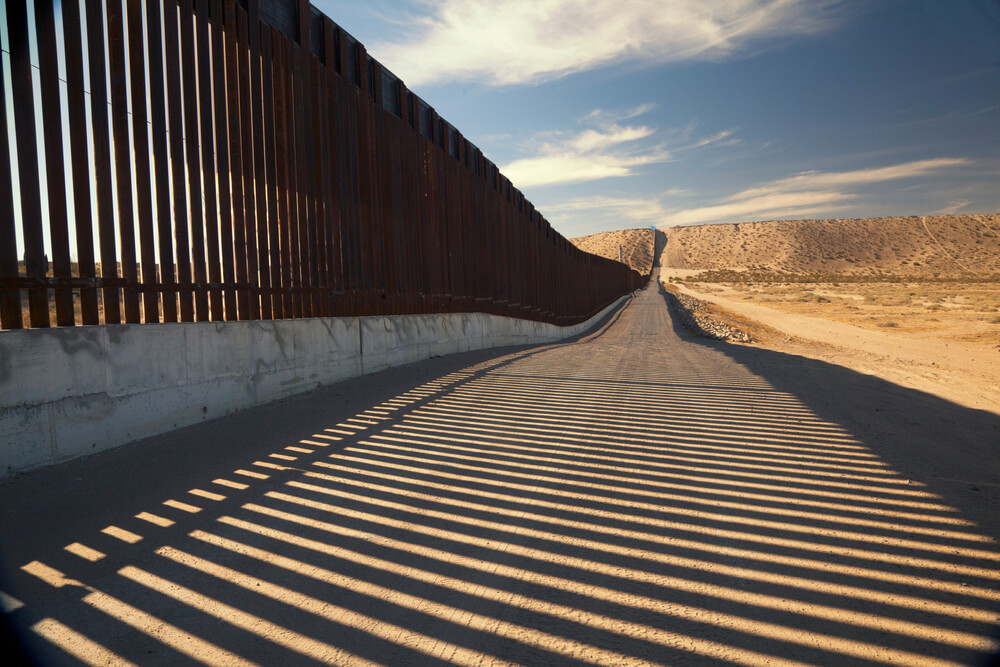 “He is not a soldier. There is no malice in him. And he does not agree with this war. We all knew that he would be killed if he left,” said Alexander’s stepfather, Justin Jacobs.

A couple from San Francisco bought Alexander air tickets from Russia to Mexico and rented a car to meet him in the border town of Mexicali. Their plan was to take him to the US border on June 12 to ask for political asylum - the guy had a summons and medication for a chronic stomach ailment in his hands.
Their plan collapsed when they literally took a wrong turn at the border.

On the subject: Missouri completely banned abortion: authorities want to punish even those who performed the procedure outside the state

"Google navigator said, 'Turn right.' I turned right and I was in the fast lane. I thought the navigator would tell me how to turn around and change lanes, ”Jacobs said in an interview.

Jacobs, owner of a Bay Area locksmith shop, says a U.S. Customs and Border Protection officer at a designated commuter lane at the port of entry in Calexico, California, instead told him to drive to the secondary screening area without looking at any paperwork.

The officers handcuffed Alexander when they saw that there was no visa in his passport. They accused Jacobs of providing false documents for a non-citizen, fined him $5000, and confiscated the rental car. Officers released Jacobs and his wife Marina after four hours of interrogation, their water bottles stuck in a confiscated Ford Escapade. People helped bring them to the city.

“It was just a terrible experience. They continued to say that I was accused of smuggling, although it was not true that the rented property was damaged during towing, although this is not so, Alexander's stepfather said. "I was just following the first officer's instructions. Why should I try to smuggle him when he has a direct route to asylum and citizenship?"

Alexander is now in the US Immigration and Customs Enforcement Detention Center in San Diego, where he faces possible deportation back to Russia. Jacobs seeks legal help to get him out and fight his own fine.

The episode shows how ordinary citizens can violate US immigration laws without proper guidance, lawyers say.

“I would encourage people to look for a lawyer and consider options if they want to bring in a relative,” El Paso immigration attorney Iliana Holguin said. “Showing up at the border is very risky in the sense that you can be detained.”

Ports of entry fall into a legal gray area as you are technically not in the United States until a US official receives you. However, you are subject to searches and may also be fined or detained for an alleged violation of US law.

In the past, CBP officials have advised people who feel they have been treated unfairly at the border to ask to speak with a supervisor on the spot or file a formal complaint after the fact.

Jacobs said the priority for him and his wife is to ensure that Alexander is not sent back to Russia.

This fiscal year, the CBP has encountered more than 19 Russian citizens at the border, with 000 percent of them occurring in the San Diego sector. That's nearly 45 percent more than the entirety of FY 50, and nearly four times the increase from FY 2021.

“Alexander has friends in Ukraine. For him, it would be like a war between San Francisco and Oakland,” Jacobs said.

The businessman described his 20-year-old stepson as a frivolous young man who enjoys cycling, playing the guitar and piano and, despite chronic acid reflux, worked as a container yard inspector in Russia.

“He supported himself in Russia. He does not use drugs or drink. I own and operate a locksmith shop. I have a job for him, he won't be a burden. We will take care of him and make sure he is on the right track,” Jacobs said.
His contacts with Alexander are limited due to his detention. But he's worried that the young guy can't get his medicine.

“He’s in pain, but the doctor said he didn’t see anything wrong. We're talking to the case worker and I've talked to three lawyers, but they tell me they can't do anything until he has an immigration hearing. It could be weeks or months,” Jacobs said.

The stepfather fears that the young man may break under pressure. “They are doing everything possible to get him to say that he wants to return to Russia,” he said.