Home loudspeakers Will a Republican victory in the midterm elections affect US support for Ukraine?

Will a Republican victory in the midterm elections affect US support for Ukraine?

As many analysts predicted, the midterm elections to the US Congress ended with a partial victory for the Republicans. The "Red" party managed to get the majority of seats in the House of Representatives, but it seems that it did not work out to take the leadership in the upper house of the American parliament - in the Senate. At the same time, fears are growing in the American press about how the election results could affect US support for Ukraine. 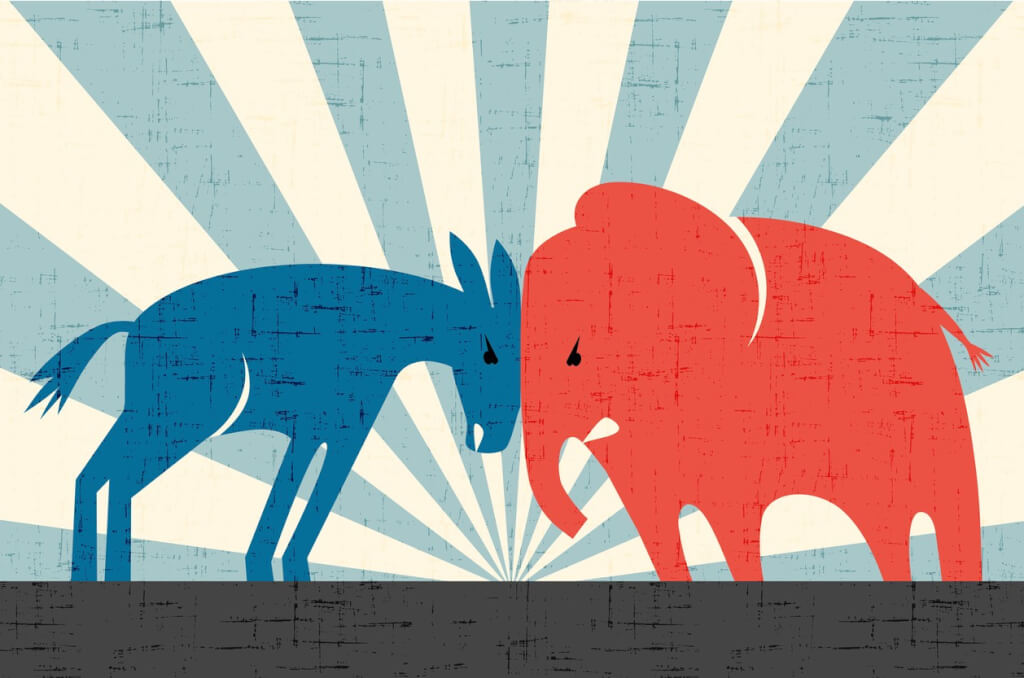 Last month, The Washington Post warned that the Republican French leader in the House of Representatives Kevin McCarthy made it clear: in case the Republicans get the majority in the elections, his party is likely to oppose the increase in aid to Ukraine in the war with Russia. McCarthy also believes that America should be less involved in problems abroad.

At the same time, another Republican, former vice president Mike Pence saidthat in the US conservative movement "there is no place for apologists for Vladimir Putin." According to him, as history shows, appeasing the aggressor has never worked, and right now America urgently needs a conservative movement committed to its role as the leader of the free world.

Despite the traditional Republican establishment's clear commitment to supporting Ukraine, some American observers are concerned about the rise of "Christian nationalism" within the Republican Party. According to them, the influence of this group on the Republican mainstream is growing stronger, and the conspiracy theories they propagate are becoming more popular. Many in this trend support Putin, seeing him as a fighter for Christian fundamentalism, and in Putin's Russia as a bulwark of opposition to the "globalist left movement."

«Today, many in the Christian-nationalist wing of the Republican Party openly want Putin to crush Ukraine's pro-Western government and win the war. They willingly accept Russian disinformation and often broadcast Moscow's lies about Ukraine themselves.", - the publicists note.

As a prominent representative of such a camp, one can single out a member of the House of Representatives, an ardent supporter of Donald Trump Marjorie Taylor Green. Shortly before the election, she promisedthat if the Republicans winUkraine won't get a cent". Russian politicians also hope for such a scenario, predicting reduction of aid to Kyiv after the victory of the Republican Party. About how justified such fears, ForumDaily talked with American experts.

On the subject: 'We interfered, we interfere and we will interfere': Prigozhin admitted that Russia influences the US elections

13th world chess champion and prominent Russian opposition politician Garry Kasparov noted that he was not too worried about the victory of the Republicans.

«Do not forget that the main donor of the Republican Party is the American military-industrial complex. I can concede that, as a compromise with the isolationist wing of their faction, the Republicans may reduce humanitarian aid. As for the supply of arms, it seems to me that they may even increase", Kasparov suggests.

«I doubt even a Republican-controlled Congress will stop aid to Ukraine. Most Americans approve of supporting Kyiv in its fight against Russian aggression. In addition, parliament has already approved $66 billion in aid. Those Republicans who oppose this are isolationists and are a minority in their own party.', says James.

Garry Kasparov, in turn, notes that he is much more worried about messages The Wall Street Journal that the National Security Adviser to the President of the United States Jake Sullivan held secret talks with his Russian counterparts Nikolai Patrushev и Yuri Ushakov. According to the materials of the publication, the purpose of the negotiations was "protection against the risk of escalation." Sullivan also appealed to the leadership of Ukraine with a call to publicly declare their readiness to resolve the conflict.

«Carrying out some kind of secret behind-the-scenes negotiations is very bad. What can be negotiated with Putin, and what can be the subject of such negotiations, except for Ukrainian land and Ukrainian blood?”, asks Kasparov. - "All such lines of communication mean more deaths among Ukrainians. The only way to end the war is to supply Ukraine with everything it needs to win.».

Former CIA officer and now a cybersecurity specialist Paul Zalaki also not too concerned about the victory of the Republican Party.

«I think that when it comes down to it, the Republicans will support continued aid. They can make different statements while in opposition, as this does not impose real responsibility on them. But in practice, some even very conservative Trump-supporting Republicans are participating in support for Ukraine, and those who really want to stop it are unlikely to have enough power to do so. As an example, I am currently working on a project with the Ukrainian Ministry of Defense, and the person who is helping us from the American side is a Republican senator.", Paul shared.

Like Garry Kasparov, Paul Zalaki believes that the Republican Party's ties to the military-industrial complex will also play a role in its politics. As for the talks between Sullivan and Patrushev, the CIA veteran does not share the grandmaster's concerns.

«Someone should support the channels of negotiations, but we do not want to give this function away Elon Musk' he jokes. Paul Zalaki suggests that the subject of communication was not peace talks with Ukraine, but ultimatums and warnings to the Kremlin.

«For example, hypothetically, the American side could warn that if Moscow used nuclear weapons, we would destroy the Black Sea Fleet. As for Ukraine, I think Sullivan could have advised Zelensky to demonstrate willingness to negotiate in the eyes of the international community, but in no way tried to persuade him to peace on Putin's terms.," the CIA veteran believes.

And here is a well-known American expert and specialist on Russia David Sutter believes that it is not worth talking to the Kremlin.

“It is a very bad American habit to explain every time what we are going to do. Russia uses such talks to gauge how far it can go without serious consequences for itself. It seems that Americans still do not understand that they are dealing not with normal statesmen, but with gangsters. It is better not to develop such contacts, but to silently demonstrate strength. It's much more efficient", - the expert is sure.

As for Republican support for Ukraine, David Sutter, like other experts, is rather optimistic.

«Even if individual members of the Republican Party oppose aid to Ukraine, they will not affect the big picture. Isolationists are a minority in the party and do not enjoy wide support. Russian aggression is now so obvious, and war crimes are so horrendous, that it becomes clear that such things cannot be tolerated, otherwise Russia will continue to destabilize the whole world.", - the American analyst believes.

David Sutter acknowledges that the United States has had many opportunities over the past 30 years to stop Putin and prevent this war, but the approach of American politicians to such situations has remained rather superficial. However, now, according to him, an understanding of what is happening has already appeared at a fundamental level.

«Isolationists will of course make noise, and an outside observer may get the impression that this is more than just noise, and that their opinion reflects the position of the whole party. But I think, in fact, many people understand that if we betray our allies once again, this will be a collapse for the US international position.", - the expert believes.

Registration period for ObamaCare has begun: terms you need to know when choosing health insurance in the USA

Everything is free: the best sites to get goods, services and advice for free

Found the perfect time: Trump may soon announce that he is running for president