Home Page In the U.S. It is now possible to enter prestigious US universities without tests: how is this possible

It is now possible to enter prestigious US universities without tests: how is this possible

After a remote academic year, final exams in the United States are held in the traditional format. And the entrance tests, known as SAT and ACT, will run online until 2022. But they also became optional during the COVID-19 pandemic. Whether or not to pass exams for knowledge of English, reading, mathematics, and in the case of ACT, also natural sciences, is now up to the applicants themselves. How to enter universities now, the newspaper said Voice of America. 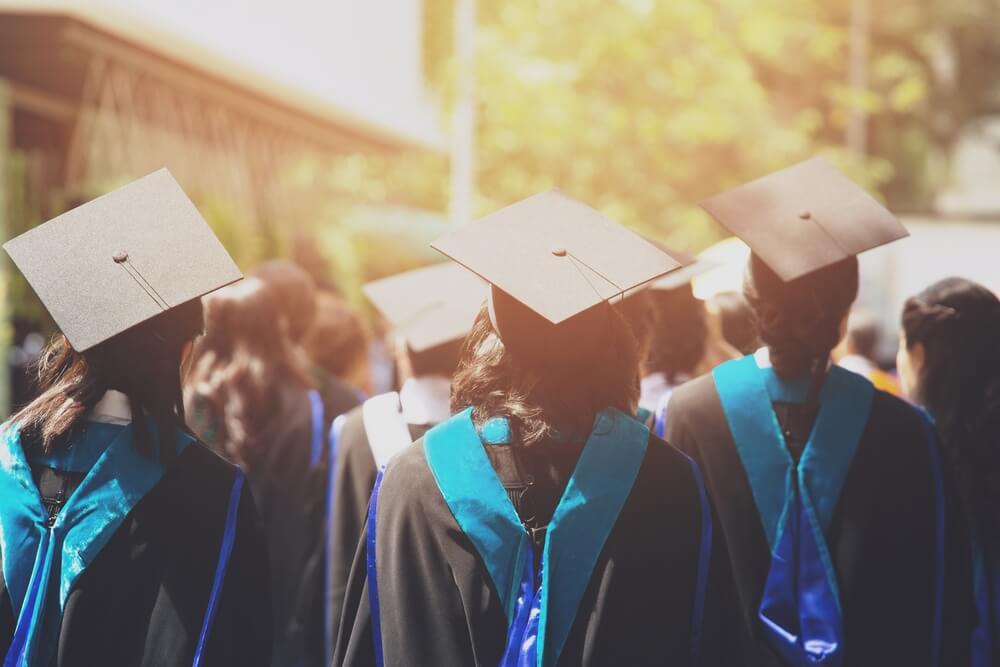 Nearly XNUMX universities in the country have made tests optional.

Anais Chubukyan, a Maryland schoolgirl, has been studying for her university entrance exams for the past two years. The schoolgirl's parents had to hire private tutors, since the school does not prepare for standardized tests. Eight individual lessons cost them $ 3. Not everyone can afford tutors, but without such training, it is difficult for schoolchildren to score high points for admission.

“This is more of a strategic test. If you know which method to use, answering questions is much easier. This is what the tutors teach, ”says Anais.

The mother of the graduate, Nadia Chubukyan, calls standardized tests the most serious test: you can get into a university only by winning in a sharp competition.

“The test results of applicants from the same school are usually compared with each other. Our tutor said: do not tell anyone to which university we are going to apply, what are the results of the trial tests. All this is a lot of stress, ”she says.

On the subject: How to enter a US university with full funding: personal experience

However, due to the COVID-19 pandemic, test centers have closed, and after all her efforts, Anais was unable to enter the exams. Millions of schoolchildren found themselves in a similar situation. And universities, one by one, have made these tests optional. Including the University of Towson, where Anais applied and entered.

“If I had to take the test, I think the result would have affected my chances of entering this university. I wanted to study there, and the fact that the test was canceled influenced my decision to try to enroll there, ”the student explains.

Tests were made optional until fall 2022. At the same time, they were canceled by many of the best research universities in the country and all eight Ivy League universities.

When it was announced that exams were optional, the number of applicants to the most prestigious universities increased by an unprecedented 36%. Among such applicants is Adeoluwa Fatukashi - a graduate of a school in Washington DC, originally from a family of Nigerian immigrants. She will begin her studies at the University of Pennsylvania in September.

“With my ACT score of 32 out of 36, I could have enrolled in many universities, but I was advised not to submit test results when applying to high-competition universities,” Adeoluva said.

“In my introductory essay, I wrote that I want to study African culture and communication. In it, she explained why and how these two areas are interconnected for me. Both my extracurricular activities and social activities also demonstrated how important all this is to me. I am convinced that I am a strong candidate. At first I was not even going to submit documents there, but the fact that the selection committee promised to look not at my scores, but at me, to interview me, changed my decision, ”the student continues.

Critics of standardized tests have repeatedly called for the complete abolition of ACT and SAT.

“Some universities have clearer policies. The University of California and St. Mary's University in Texas have announced that they will not consider exam scores at all. Even if applicants decide to provide them. I think they are thus encouraging schoolchildren to focus on their studies and their interests. Nobody has to spend several years preparing for a test that lasts only three hours, ”said Aquil Bello, a human rights activist with Fair and Open.

In the past, when comparing students with good scores and impressive extracurricular activities, the SAT or ACT score often played a decisive role. Now representatives of the admissions committee of different universities promise to conduct a "comprehensive review" of the candidacy of each applicant and consider all applications on an equal footing, regardless of whether the graduates have test results on hand.

However, admitting students without exams in the United States is not a new phenomenon. Bowdeen College declared SAT and ACT tests optional back in 1969. And in 2018, the University of Chicago became the first elite research university to stop requiring test scores on an ongoing basis. This admission rule was announced by the admissions committee along with the launch of several programs to provide financial assistance to students from low-income families. A year after the rules came into effect, there were 20% more students from low-income families at the University of Chicago.

“This is a great way to add a more diverse group of learners to our student community. They are more than just a test score. Each student is a new voice and a different perspective, both in class and on campus. The University of Chicago takes a variety of factors into account when accepting students. We look at school performance, letters of recommendation and whatever they decide to send us to show their abilities. They can submit a two-minute video showing what they are passionate about. If they choose to submit standardized test scores to show their academic performance, we will consider that as well, ”says Wilson.

At the same time, the proponents of standardized tests have created and are convinced that they help to demonstrate the degree of preparedness of students for admission to a university. However, more and more universities disagree with this and argue that the ACT and SAT results do not at all indicate the future performance of students and that not all talented students do well on tests. With similar arguments, all public universities in Washington State have abolished mandatory standardized tests altogether.

He says that for several years now, the university admissions committee has not used standardized test scores as the main indicators of the future performance of students.

“For us, these results play a relatively insignificant role. Perhaps some students who did not dare to apply to certain universities will finally try their hand, ”he summed up.