Home Incidents I went for a neck massage, but got a stroke: how a chiropractic appointment ruined the life of a young American woman

Darlene Jensen was texting her 28-year-old daughter Caitlin on a June morning as she was on her way to her chiropractic appointment. 20 minutes after the start of the reception, the mother received a call and was informed that her daughter had a reaction to the treatment. What happened, said the publication Independent. 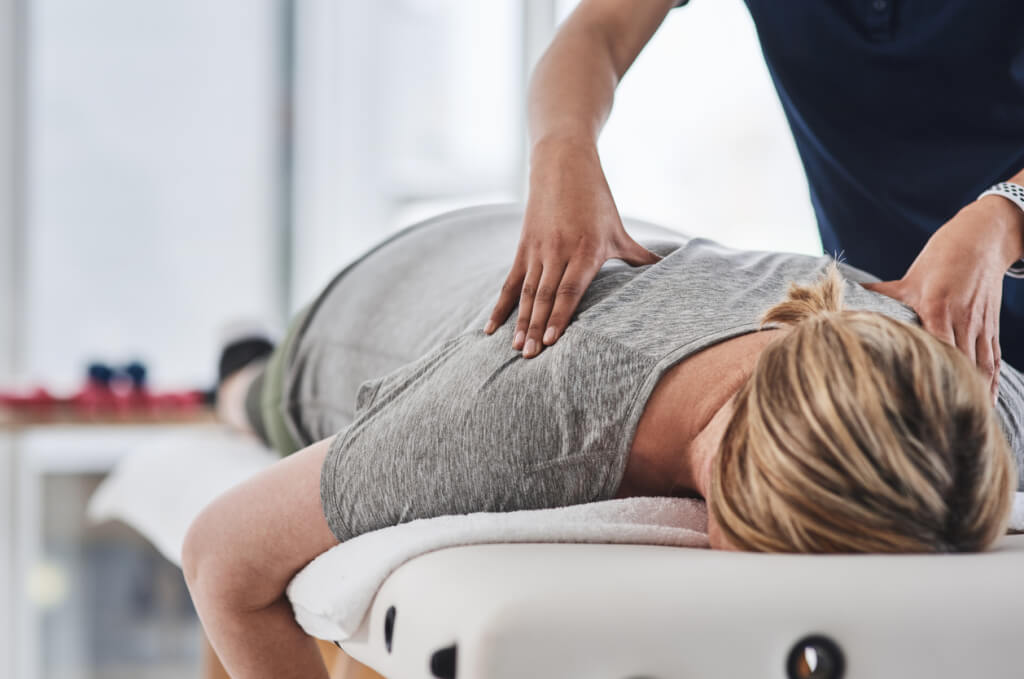 Since then a recent college graduate cannot walk, talk, eat, or breathe on their own.

Chiropractic provoked a dissection of the vertebral artery, which in turn led to a stroke - a cessation of blood flow to the brain. The patient's condition deteriorated sharply, and now she faces a long and difficult recovery.

Jensen, 49, had no idea what had happened. She left the office and didn't even tell her son, who worked with her during the summer holidays, what exactly was going on.

“I just thought she might be dizzy or something,” Jensen says. It didn't even occur to me that there could be a serious problem. I thought I would just come and help her and be back soon.”

But when the mother arrived at the chiropractor's office, she was shocked to realize how dire the situation was: her daughter was already in the ambulance.

“It became clear that something went wrong,” said the mother. The daughter's speech was wrong. She was covered with sweat, she was sick and vomited. It never crossed my mind that she had a stroke.”

“I have never seen anyone have a stroke. I didn’t know his signs and symptoms,” Jensen explained. “I never imagined that a 28-year-old perfectly healthy young woman would have a stroke.”

On the subject: Man becomes disabled after doctor prescribes too much vitamin B6

Caitlin was taken away and put on a ventilator and has now been transferred to the brain injury unit at the Shepherd Center in Atlanta. Jensen sleeps in his daughter's hospital room, 4 hours away from home.

This is very different from how Jensen envisioned her daughter's life. When her daughter went to see a chiropractor two months ago, she had just graduated from the University of South Georgia with a degree in biology and chemistry and was applying for a job researching microplastics in wastewater and the environment.

According to her mother, it was receiving this degree that prompted Caitlin to seek help from a chiropractor.

“Every day she sat at her desk and studied,” Jensen explains. She was very tense because it is very hard. And we thought maybe going to a chiropractor would help ease the tension.”

Caitlin had only seen a few times before, and had her June appointment after her previous appointment.

“She opened the door and didn’t want to go,” recalls her mother, who told Caitlin that “we are responsible people who don’t cancel things at the last minute.” And after that the daughter went.

The appointment took place on June 16, and an hour later Caitlin was in the hospital. Two months later, she was transferred to Shepherd, where, according to her mother, she made some progress and was taken off the ventilator. Her daughter's cognitive abilities, fortunately, were not affected.

“Now our main form of communication is using the alphabet,” says Jensen. She lets me know when I point to the right letter. The daughter can nod and raise her thumbs, she is able to say something. Luckily, Caitlyn is very good at spelling. But, yes, we just painstakingly go through all the words letter by letter.

The daughter asked for a watch to keep track of the time; she is not allowed on social media, but having help dogs makes her "light up".

“The reality of everything strikes her,” she says. “She is going through a very emotional and difficult period.”

Recovery will no doubt be difficult. GoFundMe has already raised almost $100 to help pay for Caitlyn's massive medical bills, and messages of support continue to pour in. According to Jensen, the cards and good wishes she received during this time helped her.

“We are still working on restoring her right side,” she explains. “We need to work on the muscles involved in swallowing, protecting the airway, the diaphragm, sneezing, coughing, and all the other functions it needs to do to breathe unassisted.”

“We are working on all of this. The ventilator has been removed. Although the daughter breathes through a breathing tube, she is already on her own. This is a huge step forward that she even breathes like that, ”the mother specified.

Jensen stays on the rollaway bed in Caitlin's room as he "can't leave her because she still has a lot of fluid and she still can't swallow her own saliva because those muscles aren't working properly."

“Saliva needs to be suctioned regularly. And if it gets too bad, it could block her airway. A couple of times there was a situation when I was very scared for her because of the blue code, ”recalls the mother of the victim.

The term Code Blue is used when a patient in the hospital has an unexpected cardiac or respiratory arrest requiring resuscitation.

Jensen is stoic and notes that such specialists should be treated with a certain degree of distrust.

“Never heard of this happening before,” she wonders. “I didn't know this could happen. I think people should be aware of this: what are the symptoms and signs of a stroke, and that it can happen because of something like this - from neck correction to chiropractors.

On the subject: A two-year-old boy has been refusing to eat for almost a year now: the doctors did not believe his mother at first, and now they feed him through a tube

“Since then, a lot of people have contacted me. Among them is one person suffering from paralysis of the lower extremities due to the same problem, Jensen emphasized. “People need to be aware of the risks associated with visiting chiropractors.”

According to an article published last year in the journal Stroke: Vascular and Interventional Neurology, vertebral artery dissection “may be the result of trauma of varying severity, from sports, traffic accidents, and neck manipulation to severe coughing/sneezing.

“It is estimated that 1 in 20 spinal manipulations results in an aneurysm/dissection of the vertebral artery. In the United States, patients with multiple chronic conditions report more frequent use of complementary or alternative medicine, including manual therapy,” the report says.

Jensen wants the public to be aware of this problem and how easy it can be.

“I think people should just avoid chiropractic appointments,” she says.

At the moment, she just looks ahead and spends every free minute with her daughter.