Home Our people Putting Americans in a communal apartment: how Ukrainians created the largest coliving in Los Angeles

Putting Americans in a communal apartment: how Ukrainians created the largest coliving in Los Angeles

The Ukrainians became the owners of the largest coliving in Los Angeles (California), reports “Voice of America". 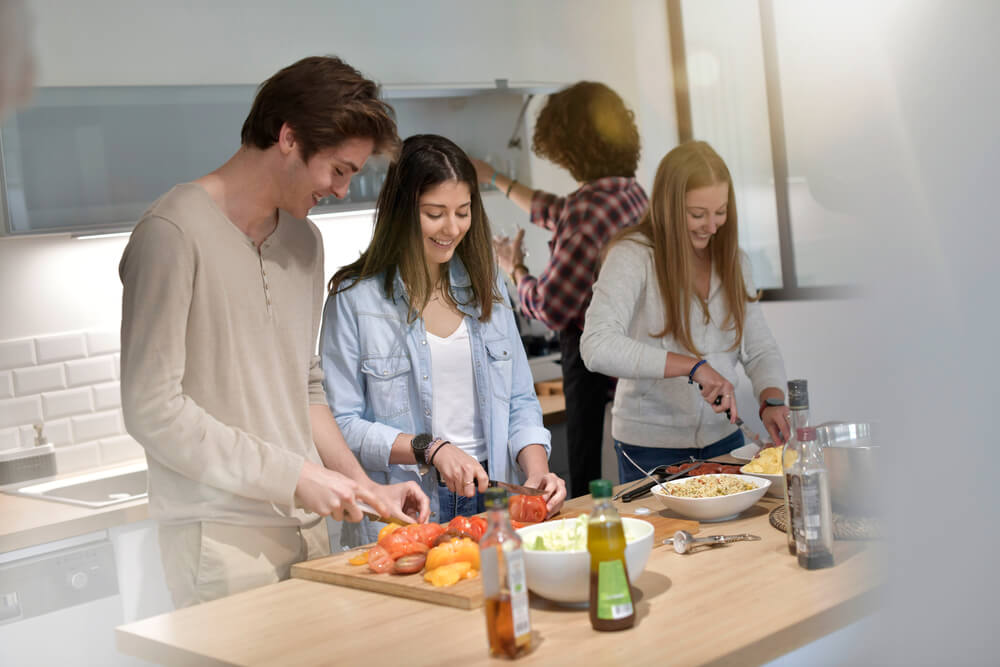 The COVID-19 pandemic has hit many businesses, especially in the service industry.

A large number of enterprises had to be closed, but there are some that have survived.

And they did not just hold out, but they gained a foothold in the market, taking the place of competitors who fell out of the game.

One such venture is the largest co-living company in Los Angeles, Sota.

It was created by Ukrainian immigrants several years ago. The company managed to withstand the times of covid constraints.

The company has 5 houses at its disposal, in different areas of Los Angeles of the communal type.

Residents share kitchens, living rooms, bathrooms and even bedrooms. One of the houses can simultaneously accommodate from 30 to 100 residents.

The founders of these communes, Semir and Aleksey, are Ukrainians.

“It all started with housing, just housing for people, which is so lacking in Los Angeles - affordable housing,” says Semir.

Semir, a 33-year-old from Kiev, founded coliving in 2019. This coliving immediately became very popular because the prices in it, compared to the usual prices for housing in Los Angeles, are very affordable and start at $ 700 per bed in a common room.

But Samir says that this is not the main thing. He believes that his coliving has a magical ability to bring people together with similar interests.

“Art industry, cinema, music - everything that requires creativity. Los Angeles is like a magnet for this! ”- says Semir.

On the subject: USA approved vaccination against COVID-19 for children 5-11 years old: when to expect vaccinations and whether to fear adverse reactions

In each location, in addition to the common living room, bathroom and kitchen, you can find recording studios, photo studios, and creative spaces.

So Aleksey Maletsky, a newly arrived businessman from Drohobych, settled in one of the locations.

He says that he tested the coliving model in his own experience: “I have never lived in coliving, I thought that here I can quickly learn the language and meet new people.”

So Alexei met his fellow countrymen Semir and became a co-owner of a startup.

The guys say their story is just one example of how coliving brings professionals together.

“People move in to us because there is a community where they can get to know someone and start doing projects. Here people shoot videos, write music, write scripts for films, start startups, ”says Alexey.

Christy McGregor lives in one of the houses. She came to Hollywood from Washington State to become an actress.

“I only had savings for cheap housing,” she says. - I found this place. Creators, musicians, cooks live here - that's what suits me. "

Christie notes that she found people by spirit, but adds that in order to get along with so many people, you need to follow the rules.

“There are three more people living in my room - there are four of us with me. We get along well, respect each other's sleep and personal belongings, don't turn on the common light when someone is sleeping, use flashlights on mobile phones, put on headphones if we want to listen to something in bed, ”she says.

And during the pandemic, coronavirus safety rules were added.

“We need to limit the number of people who can live with us - we need to cut off part of the business ourselves. We had to come up with our own rules, because at the beginning (of the pandemic) there were no rules, ”says Alexey.

It was during the pandemic that many Los Angeles colivings closed. The Ukrainians kept the business and became the largest coliving in the city.

Now people from more than 40 countries of the world live in their homes. In addition to the prospect of finding "like-minded people", people are attracted by the simple rental procedure.

“You don't need anything - you just come with your luggage, with your things. And that's all, ”says Semir.

He and Alexey offer additional services - job search or discounts on groceries.

Income Guarantee Program Launched in Los Angeles: How to Apply

Sherlock and FSB-Schnick in one bottle: Cumberbatch will play a Russian in the new HBO series