A huge dinosaur-like alligator was filmed while walking on the lawn of a golf club in Florida during tropical storm Eta. New York Post. 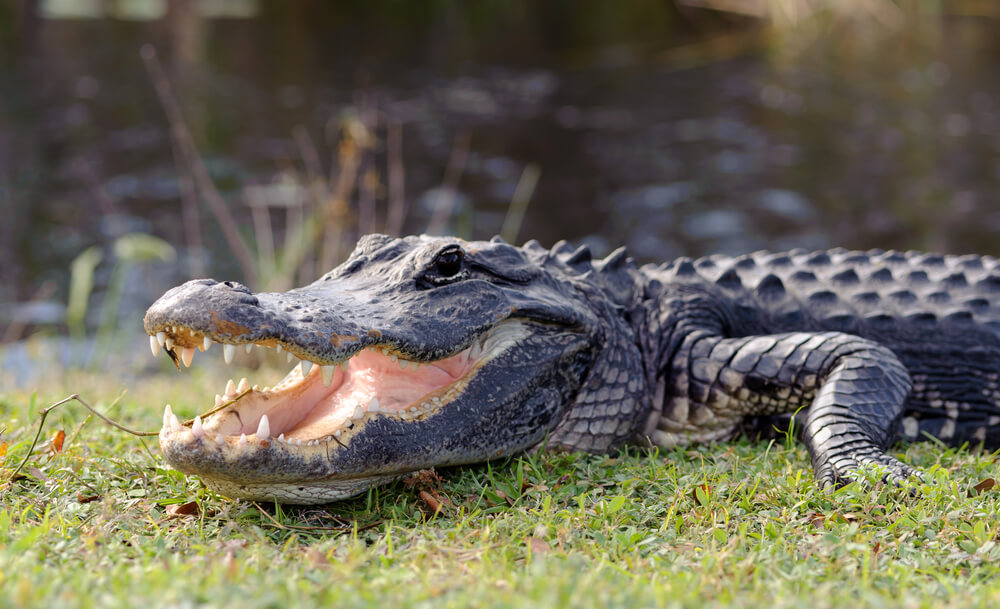 A giant reptile with legs longer than canines and a hulking, fleshy torso was captured on video as an alligator was walking through the grounds of the Valencia Golf & Country Club in Naples when Tropical Storm Eta hit the Florida coast on Wednesday, November 11.

“Of course I was a little shocked,” said Tyler Stolting, the first mate at the golf club who filmed the video. "It was pretty big, the biggest I have ever seen!"

On the subject: He won the dog from the alligator: in Florida, a man fought with a reptile because of a pet

The video online sparked discussions about prehistoric times and questions about the authenticity of the reptile - are there such large alligators at all.

But Stolting and his colleague Jeff Jones insisted that the alligator was real.

“I haven't seen an alligator this big in a long time, so I'm a little shocked,” said Jones, the golf club's lead specialist. He clarified that the neighbors have seen this beast more than once. - I have been living here for a long time and in general I was not surprised at the sight of an alligator walking across the field. It was shocking how big he was. "

Twitter users who viewed the footage pointed to the alligator as one of the many dangers to life in Florida. Tweets about deadly hurricanes, sharks and giant alligators, as well as heated discussions about the feasibility of living in the state, scattered across social networks.

“This is one of the reasons I will not be living in Florida in retirement,” user StacyDAlessand3 wrote.

“I just moved here yesterday. I'm sure I can get my deposit back, ”wrote user Elizabeth Westhoff.

When asked about the threat the alligator could pose to golfers and locals, Jones dismissed it.

“As long as no one feeds him, everyone will be all right,” he joked.