Home In the U.S. One and a half thousand Russian-speaking clients are under investigation in the Medicaid case 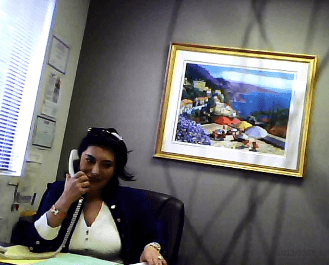 “The Forum” talked to private detective Steve Dudnik, who helped US law enforcement officers to red-eye Irma Davidyan and her clients. 52-year-old American woman of Armenian descent helped to get benefits for the poor to their clients (even millionaires or very wealthy people). Six people have already been arrested, including well-known hockey player Sergey Berezin (read our previous Article).

Steve Dudnik met us at his office in Hallandale, Florida. On the neck is the golden star of David, on the wall are pictures of Sherlock Holmes and Al Capone. Previously, he worked in law enforcement agencies of the United States (which - asks not to specify), then opened a private detective agency General Investigation Services, which specializes in the affairs of the Russian-speaking. 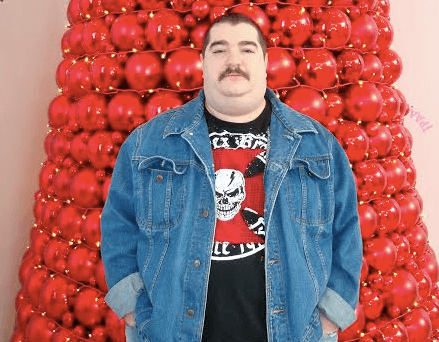 And although usually the law enforcement agencies themselves turn to a private detective for help, in the case of Irma, the initiative came from Steve.

About five years ago, one of Dudnik’s acquaintances, a not very poor man, boasted to him that he had issued a free Medicaid state insurance for himself to the poor. He paid $ 5000 to Irma Davidyan for filing bogus documents.

“A healthy man who drives a Mercedes for thirty thousand dollars ... some fraer rob a state. It's wrong! ”, Steve was indignant then.

He was even more agitated when the family of a disabled child addressed him, who really needed this insurance and who were really poor, but Irma requested the same money from them. “It got me hooked,” recalls Steve.

A private detective said that he began to collect information about her, and then turned to his former colleagues in the civil service.

It turned out that Irma Davidyan (nee Chilingarov) for many years openly helped her clients draw up documents for food stamps and free insurance, and widely advertised their services in the press.

According to Steve, she managed to do this with the help of accomplices - employees of the Department of Health and the family, who signed the falsified documents of her clients. At the same time, and here Irma acted with surprising straightforwardness - without hiding, she wrote to the employees of the department on the working mail, and also sent them monthly checks for a thousand dollars.

Irma, a risky person, seems to be a lover of extreme sports - so, according to Steve, she lost everything she earned in a casino.

However, there are several houses in her property, including a house in Boca Raton (838 NE 73d Str), bought for three million dollars in installments, and several apartments.

She is also the owner of a car. Mercedez Benz SL550which costs about seventy thousand dollars.

Irma was caught "hot" by agents who introduced themselves as clients.

According to Steve, the case of Irma so outraged law enforcement officers that in this case not only her accomplices, but also clients, who also will be punished, came under investigation.

Hockey player Sergey Berezin is one of the six already arrested in this case. He is charged with a crime of third degree, which is given for particularly serious acts. Berezin can get up to 25 years in prison plus a fine. According to the detective, he may be able to get rid of a fine in the amount of threefold damage to the state (that is, the amount of medical bills multiplied by three), plus two years conditional.

In addition, if among the clients of Irma accused of fraud with public funds, there are holders of green card, their residence permit may be revoked.

Irma's office is now closed, documents and files have been removed. Irma Davidyan is free because she cooperates with the investigation. According to Steve, law enforcement agencies check all of her clients, which is about two thousand people. Sergey Berezin was released on bail in $ 5000, as reported on sheriff's site Palm Beach County.

Why Irma acted with such arrogance, as well as what her wealthy clients, who forged documents for receiving benefits for the poor, thought, remains a mystery. Steve refers this to the mentality: “This is another generation born in the Soviet Union, who believe that it is normal to steal from the state. They say America will not lose it .. ” 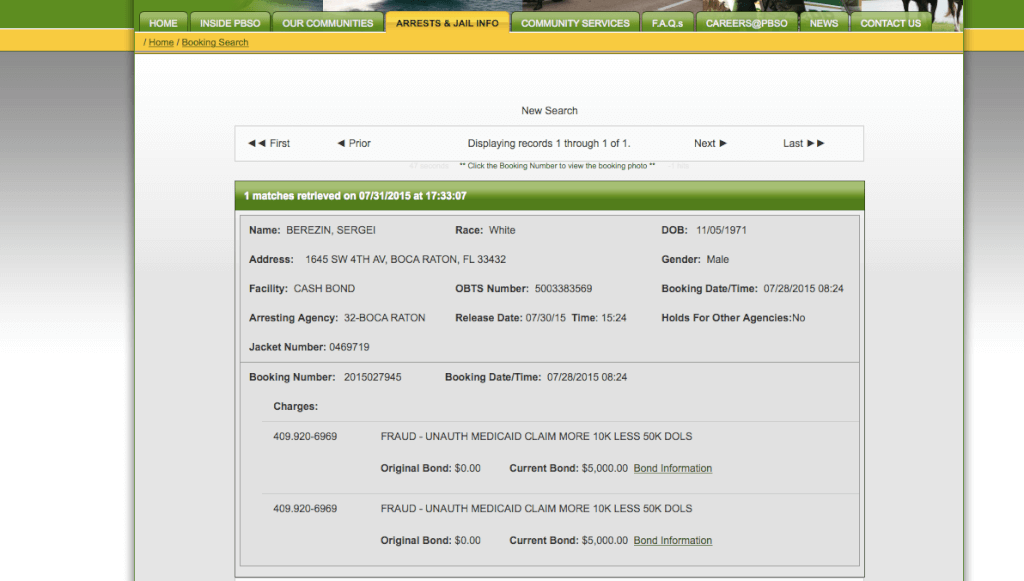