Online travel forums in the United States are now actively discussing restrictions on entry to the United States caused by the coronavirus pandemic. Can Russians and citizens of other countries with American visas enter the United States? And is it possible to immediately buy tickets in case of opening the border? To these questions the publication "Voice of America" responded to the US Border Guard. 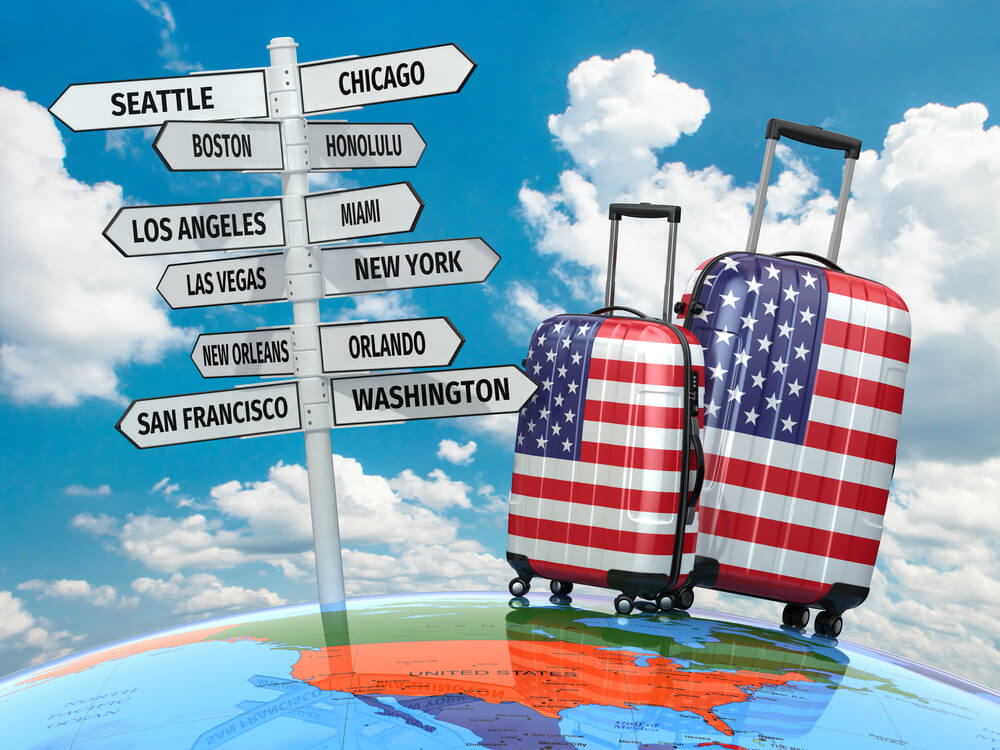 Can the holder of a valid B-1 / B-2 travel visa be denied entry to the United States due to a pandemic?

The worries of travel holders are caused by cases of refusal to board a plane when trying to fly to the USA. The interlocutors of the publication, on condition of anonymity, said that despite the available ticket on the Kiev-Washington route and the availability of a tourist visa, airline representatives refused to register for the flight due to the fact that a transfer was supposed to be in the European Union.

The situation would be different if it was a direct flight Kiev-Washington or Moscow-Washington: after all, the States did not impose any restrictions on flights from these countries, the US Border Control Service explained. They emphasized that the situation does not concern the citizenship of the visa holder, but the country from which the flight to the USA is supposed. Due to the pandemic, US borders are closed to foreigners entering some countries.

What countries can’t fly to the USA now?

The U.S. Border Control Service said that as a measure to prevent the spread of COVID-19, U.S. authorities closed the borders for travelers from Brazil, mainland China, Iran, Ireland, the United Kingdom, as well as twenty-six member countries of the Schengen agreement of the European Union. In addition, you should postpone your trip to the United States if you have visited any of these countries earlier than two weeks before the date you are supposed to enter the United States.

On the subject: 'Necessary restrictions': Trump has banned entry into the US from Europe due to coronavirus

The countries of the Schengen Agreement, from which it is now impossible to fly to the USA with a visa, include Austria, Belgium, the Czech Republic, Denmark, Estonia, Finland, France, Germany, Greece, Hungary, Iceland, Italy, Latvia, Lithuania, Luxembourg, Malta, the Netherlands , Norway, Poland, Portugal, Slovakia, Slovenia, Spain, Sweden, Switzerland and Liechtenstein.

The border control service also emphasized that the US land border with Canada and Mexico is now also closed to tourists. Crossing the land border is only possible in the case of emergency trips with the aim of obtaining education, medical care, work and a number of other reasons, regarded as urgent.

Can Russian citizens enter the United States on a tour?

The border control service stressed that during the pandemic, US authorities did not impose restrictions on the citizenship of people entering the country. The restrictions apply only to the epidemiological situation in the countries from which the flight to the States is carried out, regardless of the citizenship of the visa holder. They emphasized that, as always in such cases, the decision on the entry of a foreigner into the United States is made by the customs control officer, based on the personal circumstances of the traveler. The COVID-19 pandemic is not a reason for refusing entry into the country for a holder of a valid visa if the flight is from a country with which the United States has open borders, the Border Control Service said.

Who doesn’t have restrictions on entering the United States?

Flight restrictions do not apply to US citizens, their spouses, green card holders, or diplomatic staff. The Border Control Service explained that all flights from countries with which the border is closed are sent to one of 15 specially equipped airports, and all passengers who were allowed on the flight undergo intensive epidemiological screening.

Trump's ban on immigration will affect the winners of the green card lottery: what you need to know

Trump suspended the issuance of work visas and green cards until the end of 2020: details of the ban