Home At home The winners of Eurovision-2022 sold their prize for $900: the money will go to help the Ukrainian army

The winners of Eurovision-2022 sold their prize for $900: the money will go to help the Ukrainian army

Ukrainian band Kalush Orchestra, winner of Eurovision 2022 earlier this month, has raised $900 for the Ukrainian Armed Forces by selling the contest's award. Dailymail. 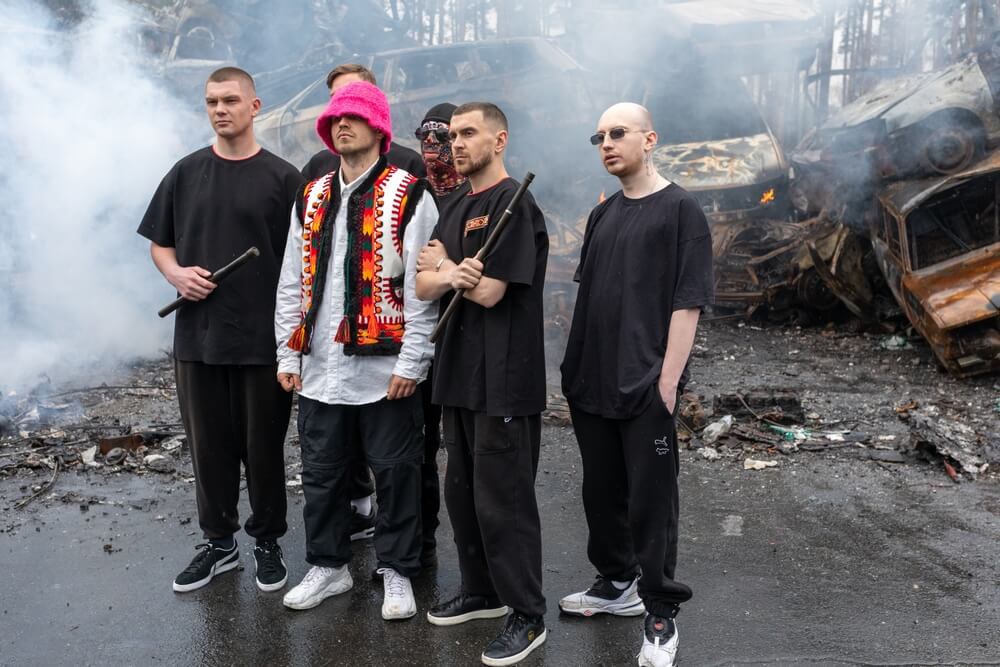 The prize in the form of a crystal microphone was purchased by the Whitebit cryptocurrency exchange, owned by Vladimir Nosov and Oleg Kain from Estonia and Ukraine.

Group won Eurovision 2022 with her song "Stefania"receiving a wave of public support.

On May 29, they sold a crystal microphone at a Facebook auction hosted by Ukrainian TV presenter Serhiy Prytula.
The funds raised will be used to purchase the PD-2 unmanned aerial system, which includes three drones and a ground control post, for the armed forces, Prytula said at the auction.

On the subject: 'The Same One' and 'Svobodnaya Kassa': McDonald's sold its business in Russia - new owners are trying to figure out what to name the restaurant

The Russian invasion of Ukraine, now in its fourth month, has claimed thousands of civilian lives, forced millions of Ukrainians to flee and reduced cities to rubble. Moscow calls its actions a "special military operation" to "disarm Ukraine and protect it from the Nazis." Ukraine and the West say that the accusations of fascism are groundless, and that the war is an unprovoked act of aggression.

Kalush Orchestra returned to their homeland in mid-May after an emotional victory at Eurovision 2022. At the border with Poland, the group was met by servicemen and women, whose cause the group defended in Turin. At the end of the song contest, after completing his performance, the Kalush Orchestra soloist turned to all Eurovision viewers, calling on the entire world community to help the Ukrainian military at the Azovstal plant.

"Stephania" - a song dedicated to the mother of the founder and lead singer of the group Oleg Psyuk, performed in Ukrainian and combining rap and traditional folk music - took fourth place after the vote of the national jury, but burst into first place thanks to a record score during the second stage audience voting.
The song was written as a tribute to the frontman's mother, but after the Russian invasion on February 24, it turned into a war anthem.

The lyrics of the song “I will always find my way home, even if all the roads are destroyed” took on a special meaning in the light of the war.

The bookmakers have made the Kalush Orchestra a clear favorite among the 40 entrants in the annual contest, which typically draws a television audience of around 200 million, in part because of widespread sympathy for Ukraine since the outbreak of war.

The war-torn country won with 631 points, while the UK came in second with 466 points. Spain finished third with 459 and Sweden fourth with 438.

Volodymyr Zelenskyy congratulated the winners on his Instagram page.

“Our courage strikes the world, our music conquers Europe! Next year Ukraine will host Eurovision! For the third time in its history. And I believe - not the last. We will do everything so that one day Ukrainian Mariupol will host Eurovision participants and guests. Free, peaceful, rebuilt,” Zelensky said.

A group of six, all male, received special permission to leave the country to represent Ukraine and Ukrainian culture at a music competition.

В Facebook Ukrainian TV presenter Sergey Prytula also raffled off the famous pink panama hat of the frontman of the Kalush Orchestra for $37 at the auction.

“Panama for 11 million hryvnias plus the Eurovision Cup for $900 is equal to the PD-000 UAV complex (unmanned aerial vehicle). The happy owner of the pink hat of the soloist of the Kalush Orchestra was Mr. Vladimir, who now lives in the Czech Republic. And the group's crystal microphone belongs to the White BIT crypto community. Congratulations to the winners and thank you to everyone who donated. Thanks to the team that organized all the processes and the stream! A separate and largest one - to our unsurpassed guys from the Kalush Orchestra. They won an important victory for Ukraine at Eurovision. And then they gave away the symbol of their victory for a good cause. Not every artist can do that. Once again I am convinced that Ukrainians are fantastic people!” Sergey Prytula said.

I was driving under constant bombing: a Ukrainian on a bicycle escaped from a blocked city