Home In the U.S. The first time in history: two powerful hurricanes converge off the coast of the United States

The first time in history: two powerful hurricanes converge off the coast of the United States

The National Hurricane Center predicts that two tropical systems will reach hurricane strength, with both of them simultaneously raging in the Gulf of Mexico. USA Today. 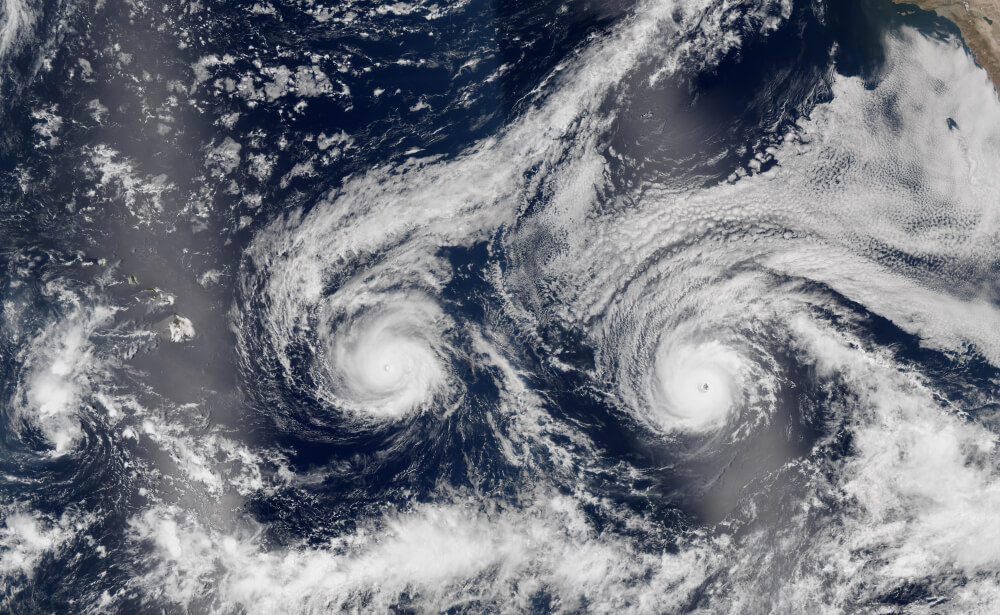 One of the systems is tropical storm Laura, which formed on the morning of Friday, August 21, in the Atlantic Ocean.

If this prediction is correct, it will be the first time in human history that two hurricanes sweep through the warm waters of the Gulf of Mexico at the same time, according to Colorado State University researcher Phil Klotzbach.

It could also set another record for 2020, with seven tropical cyclones on land in the continental United States before the end of August.

South Florida, its west coast and the Panhandle remain in the path of Tropical Storm Laura, which is predicted to travel across Puerto Rico to the Bay.

Laura is expected to cause 3 to 6 inches (7,6-15,2 cm) of rain over Puerto Rico and the Virgin Islands by Sunday, Aug.23, the Hurricane Center said.

“Localized heavy rains can lead to flash floods and flooding in cities, as well as increase the likelihood of mudflows. Some rivers may overflow their banks, ”the center warned. 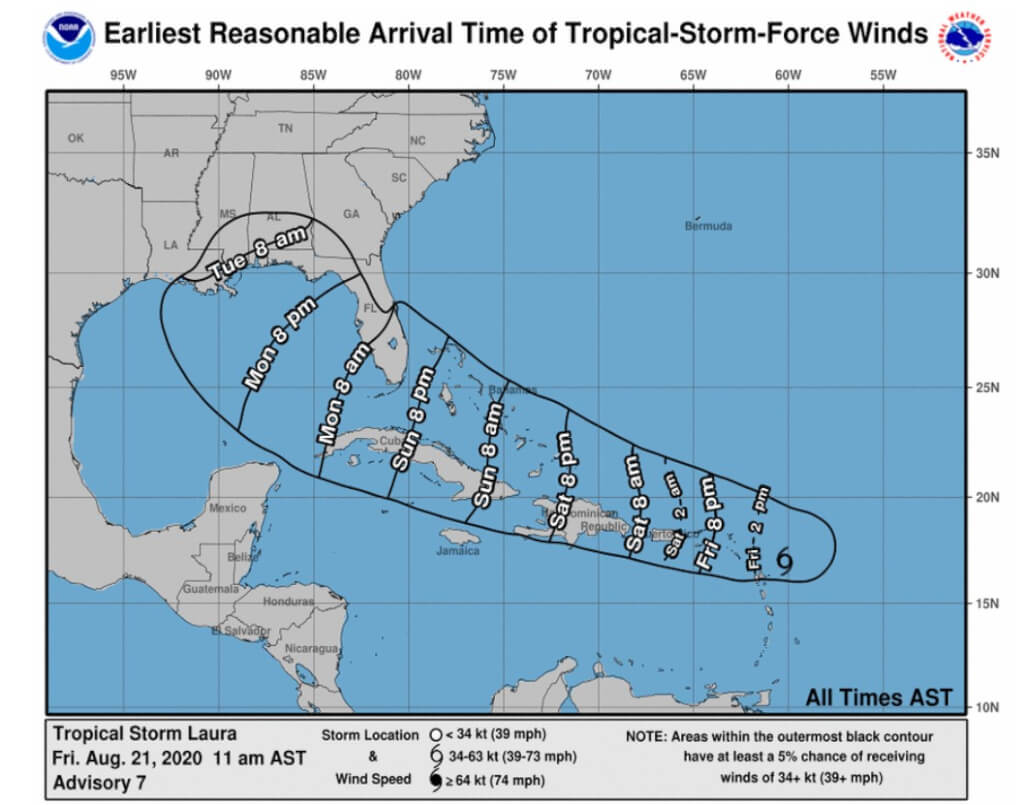 On the subject: The most powerful hurricane of 2020 is raging in the Pacific Ocean: how it will affect the USA

NHC meteorologists have warned that forecast models that predict storm intensity vary widely. But the official forecast suggests that Laura will be a violent tropical storm near South Florida, after which it will pass the Florida Keys and into the Gulf of Mexico, where it is expected to become a category 1 hurricane with winds of 75 mph (120 km / h). 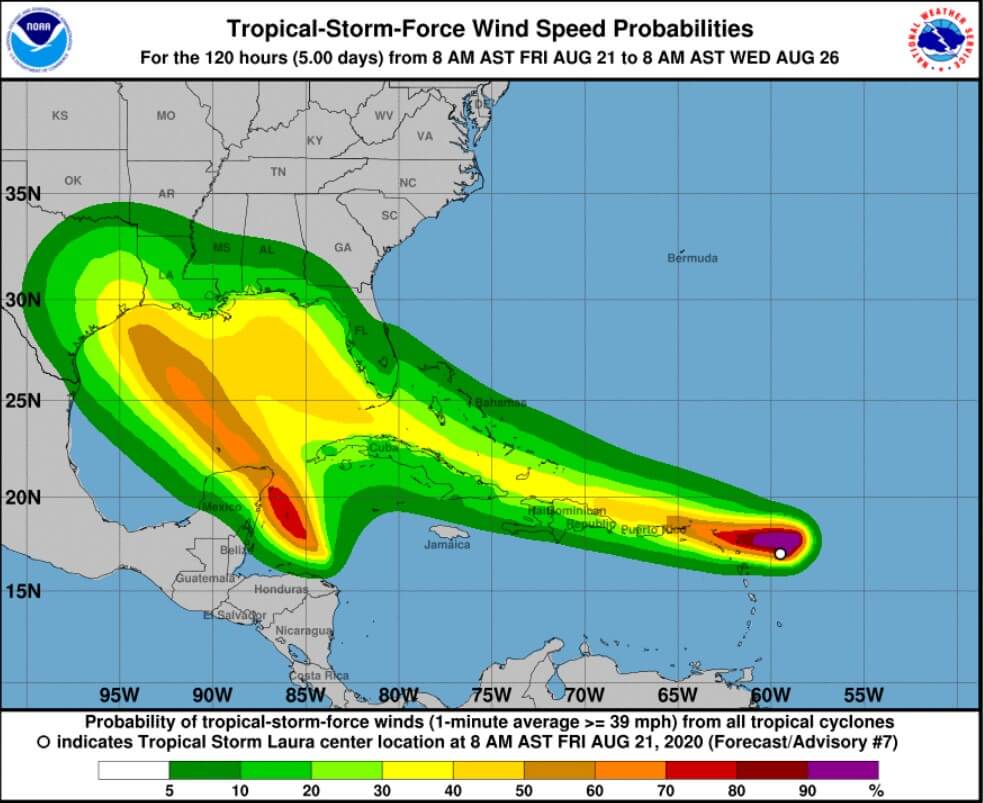 On Monday morning, August 24, a strong tropical wind may start in South Florida.

On the current path of the storm, which has shifted slightly south and west overnight, Laura could land as a Category 1 hurricane from Panhandle to East Louisiana on Wednesday, Aug.26.

Another system, Tropical Depression 14, was off the coast of Honduras early Friday morning, August 21, and is expected to turn into a tropical storm before striking the Yucatan Peninsula. Hurricane surveillance took place along the coastline that includes Tulum, Playa del Carmen and Cancun, as well as on the island of Cozumel. 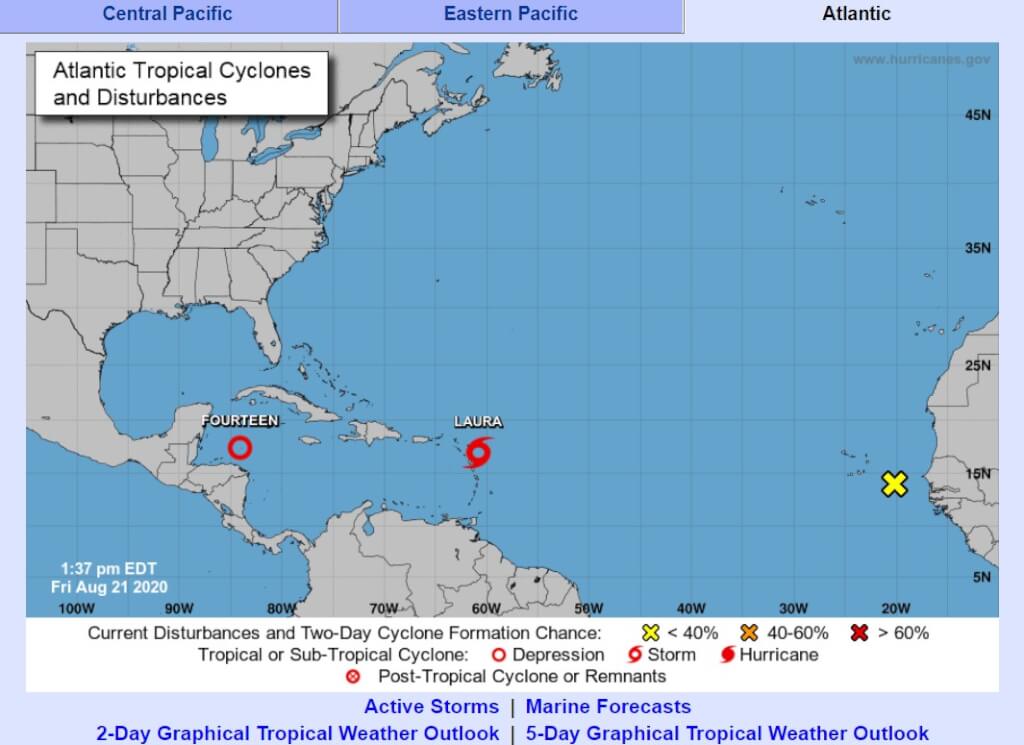 As a result of the storm, up to 10 inches (25,4 cm) of rain can fall on the Yucatan Peninsula, which can lead to flash floods.

The Tropical 14 Depression is forecast to ease slightly in the southern Gulf of Mexico, but reach hurricane strength before hitting landfall in Texas or eastern Louisiana on Tuesday, Aug 25.

This means that Louisiana could be in the path of two potential hurricanes, which are likely to hit the coast within hours of each other.

The next names on the 2020 hurricane list are Marco and Nana.

Laura is the earliest L-storm in history, breaking the previous record for Hurricane Louis on August 29, 1995.

The record holder for the earliest storm with a name on "M" is Hurricane Maria 2005, which formed on September 2.

The current hurricane season has lived up to forecasts of increased activity. The latest estimates from the Climate Prediction Center suggest that up to 25 hurricanes with names are possible, requiring the use of the Greek alphabet.

There are 21 names in the six-year rotational list of storm names. Names end with W and exclude Q, U, X, Y, and Z.

Klotzbach said there is no record of two hurricanes that existed in the Gulf of Mexico at the same time, but there is a precedent when two tropical cyclones - hurricane, storm or depression - together occupied this space. The 1933 storms were named Treasure Coast and Cuba Brownsville, and the 1959 storms - Beula and an unnamed system - divided the Gulf of Mexico.

Fires, evacuations, power outages: California was hit by a thunderstorm with hundreds of lightning

Bite and cause rashes: sea lice spotted on several beaches in New Jersey

May save lives: a new way to treat people with severe COVID-19 was found in the United States