Home Page In the U.S. First victims and millions without electricity: tropical storm Zeta is raging in the USA

First victims and millions without electricity: tropical storm Zeta is raging in the USA 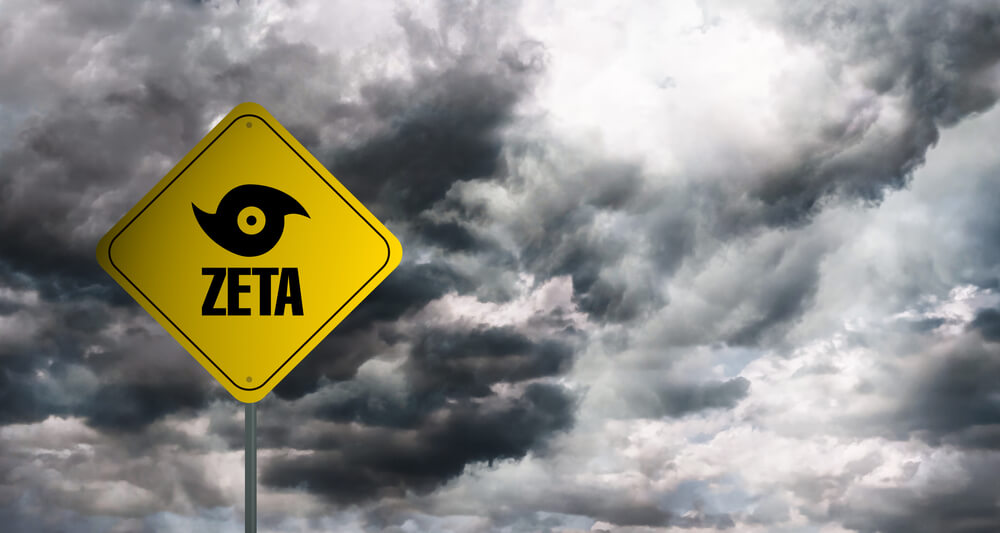 More than 32 million people are covered by tropical storm warnings from the Gulf Coast to the mid-Atlantic Ocean on the morning of Thursday, October 29, as former Hurricane Zeta rushes northeast.

As a result of the storm, two people have already died, and electricity has been cut off for more than 1,9 million consumers of utilities in the South.

The National Hurricane Center reports that on the same day, October 29, an even faster movement to the northeast is expected.

“The center of the Zeta is projected to move through the US southeastern regions this afternoon (Oct. 29) through the mid-Atlantic states and surface over the western Atlantic in the evening,” it said.

The Zeta's rapid advance means the system won't lose much power, CNN meteorologist Michael Guy told CNN. This will allow Zeta to maintain the intensity of a tropical storm with strong winds all the way to the Atlantic.

This storm is expected to bring strong gusty winds, occasional tornadoes and heavy rain, which could trigger flash floods.

Hurricane and storm surge warnings have been discontinued for all of Louisiana and the Mississippi coast, but coastal areas of Alabama have been warned that the threat of storm surges remains due to residual winds from the hurricane.

This morning, at least 32,7 million people from the Gulf Coast to the Carolina are in tropical storm warnings. The Atlanta area was last hit with a similar warning in October 2018, when Hurricane Michael hit the area.

As the Zeta moved inland via the south, it caused massive power outages in several states. More than 1,9 million utility consumers in Georgia, Louisiana, Alabama and Mississippi were without electricity on Thursday morning, Oct.29, according to PowerOutage.US. Many of the blackouts were in Louisiana, where on Wednesday, October 28, the first hurricane-related death was reported.

A 55-year-old man was electrocuted due to a collapsed power line, the Louisiana governor's office said. New Orleans Mayor Latoya Cantrell tweeted that residents should stay at home at night.

“Stay at home: I can't stress enough how dangerous the roads are right now. Trees and power lines have been felled everywhere. In addition, many traffic lights do not work. If you have to get behind the wheel tonight, be extremely careful and treat unlit intersections as one that requires a stop, ”she wrote.

In Mississippi, Biloxi Police Chief John Miller said that the body of a man was found at Broadwater Pier, whose death was linked to the storm, although the cause of death has not yet been established.

Lafourche, Saint Bernard and Terrebonne in Louisiana have imposed curfews on Wednesday evening, Oct.28, according to each county. Jefferson and Terrebonne officials issued mandatory evacuation orders ahead of the hurricane in coastal areas and locations outside the major dams. In New Orleans, a voluntary evacuation from similar areas was announced.

Louisiana is still recovering from damage from recent storms. Some 3600 evacuees still have not returned home weeks after Hurricanes Laura and Delta wreaked havoc, according to Gov. John Bel Edwards.

Most of the evacuees since August have been relocated because of Laura and settled in six hotels in New Orleans, according to the governor's office. Edwards said more than 1500 National Guard members and more than 5000 linemen are ready to begin restoring power on Thursday morning, October 29.

Alabama Governor Kay Ivey declared a state of emergency on Tuesday, October 27. On Wednesday, Oct.28, she asked residents to quickly finish preparing for the storm and warned that tropical storm winds could blow even in the central part of the state. She then emphasized the need to “stay out of the way”.

New Orleans, Louisiana is in the northern eyewall of Hurricane #Zeta... Here's a look at how strong this storm is. pic.twitter.com/BwOflGfczX

National Weather Service officials in Mobile, Alabama said on Facebook that they had received reports from Clark County Emergency Officers about significant and severe damage throughout the county as of Thursday, Oct.29.

“Structural damage: an ambulance building was destroyed; windows in several houses and factories burst; numerous fallen trees on houses and cars .; communications and the Internet are disconnected, ”the message says.

The Zeta struck the Yucatan Peninsula in Mexico as a Category 26 hurricane before turning toward the US coast on Monday night, October 1.

Zeta is the 27th storm of the Atlantic hurricane season. There was only one storm left before the record - the last time such activity was in 2005 (28 storms, including 15 hurricanes).

Wildfires, heavy snowfalls, tropical storm: the weather in the USA is getting worse