Home In the U.S. How the shortage of immigrant workers played into the hands of teenagers in the United States

Teenagers find jobs easily - and receive higher wages - as companies seek to hire people during the opening of the economy and face a shortage of immigrant workers. But this trend may have a downside, writes The New York Times. 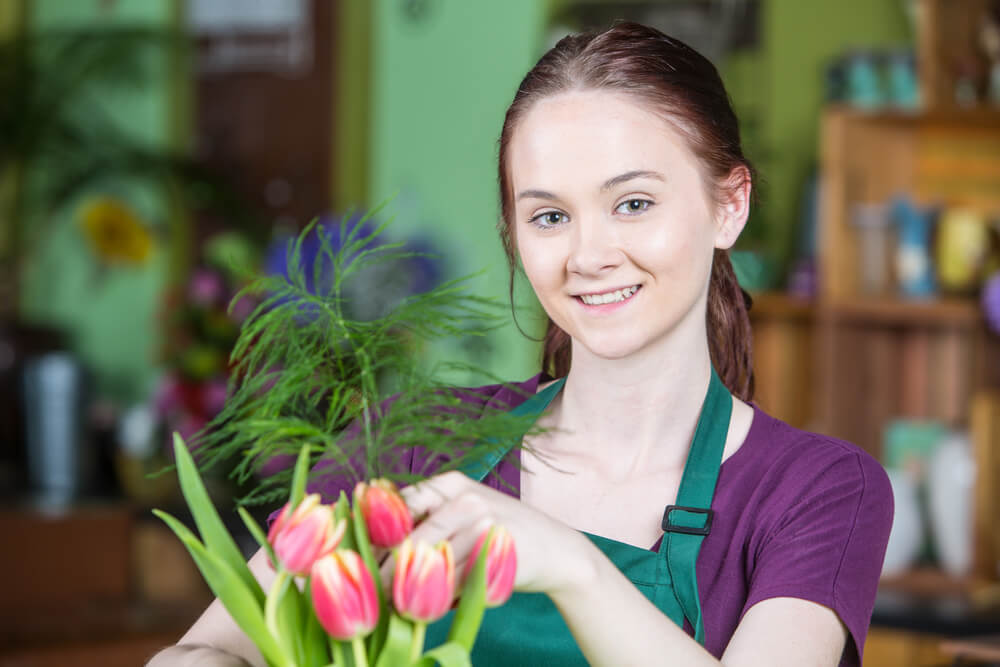 Hailey Bailey, 17, from Irvine, Pennsylvania, said she was delighted to take a $ 9 an hour summer job at Kennywood Amusement Park. Then she heard that the park was raising wages to $ 13 an hour - and she was ecstatic.

Roller coaster operators and lemonade lovers at Kennywood Amusement Park, popular for summer in Pittsburgh, won't have to buy their own uniforms this year. Those with a high school diploma will also receive $ 13 in starting salary - up from $ 9 last year - and new hires will receive free seasonal passes for themselves and their families.

Big wage and benefit increases for Kennywood's seasonal workforce, where nearly half of employees are under 18, echoes what's happening across the country as employers try to hire waiters, administrators, and other service workers to meet growing demand as they recover. economy.

For American teen job seekers, this could be the best summer in years.

As companies try to move from under-staffed to fully-staffed overnight, teens seem to benefit more than other demographics. The proportion of young people aged 16-19 working has not been as high since 2008, before the onset of the global financial crisis led to a sharp decline in employment. Some 256 teenagers in this age group got jobs in April, the vast majority of new hires, a significant change after they lost their jobs abruptly at the start of the pandemic.

This can have a downside - for example, it can be distracting from your studies. And while employment itself may offer training opportunities, the latest wave of recruiting has been led by white teenagers, raising fears that young people from minority groups might miss out on the hot summer job market.

For Hailey Bailey, summer work means making more money for the car she hopes to buy. A recent high school graduate runs a vintage roller coaster and places people in catamarans. She was happy to get a job even at $ 9 an hour. And I was happy to know that the park had raised the rate to $ 13 an hour.

It's not just Kennywood that pays well. According to economist Luke Purdue, small businesses have been raising the wages of teenagers in the service industry in recent months. Teens were hit at the start of the pandemic, but returned to their pre-coronavirus wage levels in March 2021 and spent the first half of May watching their wages exceed that level.

On the subject: Up to $ 20 an hour: Amazon, Costco and 16 more companies in the USA that have raised the minimum wage

For employers, adolescents can become an important new source of ready-made labor at a time when demand is recovering and vacancies remain unfilled. Health and childcare problems prevent some adult workers from returning to their duties quickly. Expanded unemployment insurance benefits can also give workers the financial support they need to get better opportunities. These problems are exacerbated by the fact that the United States issues far fewer immigration work visas during the pandemic, so workers from abroad, who are usually in agricultural and seasonal jobs, are absent from the labor market.

Adolescents find jobs faster than other age groups, and labor shortages are felt across the country.

With temperatures rising in Henderson, Kentucky, officials worried they wouldn't have enough lifeguards to reopen the only public pool for the summer. In mid-May, they had about six job applicants who received a starting salary of $ 8,50 an hour; the city needs at least eight lifeguards on duty a day to safely manage a full pool. On May 25, the City raised the starting wage to $ 10 an hour and lowered the minimum age for job seekers from 16 to 15. It looks like it worked: more teens applied, and the city began interviewing candidates for open positions.

Teens earn more than just a paycheck as employers try to lure job seekers. Kennywood workers receive season tickets for themselves and three family members - a bonus of about $ 300. Applebee proposed a deal that would give interviewed candidates a voucher for a free snack. Restaurants and gas stations across the country are offering signature bonuses.

But benefits and better pay may not be for everyone. White teens largely lost their jobs at the onset of the pandemic, and they became the growth leaders in 2021, the black teens unemployment rate rose relatively little, and Hispanic teens actually lost their jobs. It is a long-standing inequality in which white adolescents work in much larger numbers, and this gap could widen if the current trajectory continues.

Restricted access to transportation is one of the major drivers of adolescent employment problems, according to Alicia Sasser Modestino, an economist at Northeastern University who studies labor markets for youth. In some urban centers with public transport, there is little foot traffic, which can disadvantage adolescents living in cities.

On the subject: Bonuses up to $ 10 thousand: how some states are trying to motivate people to look for work

A study by Modestino found that the long-term decline in adolescent activity is partly due to the transition to college preparation and internship, but many still need work for economic reasons. But the teens who are benefiting now cannot expect a favorable job market in the long run, said Anthony Carnevale, director of Georgetown University's Center for Education and Workforce.

“There may be a short-term positive effect as young people can move to many jobs where adults quit for whatever reason,” he said. "It will be temporary because we always take care of adults first."

Educators are voicing a different concern: numerous and thriving jobs for teenagers can be a distraction from school. When classroom resumed last August at Torrington High School, which serves 330 students in a small Wyoming town, Principal Chase Christensen found that about 10 of his older students had not returned. They took full-time jobs, including working night shifts in a nursing home and a gravel pit, and were reluctant to give up money. Five have since dropped out or never graduated from high school.

“They're used to being paid a full-time employee,” Christensen said. "They get jobs that high school students usually don't get."

If better job prospects in the near future surpass adolescents' plans for further education or training, that could also mean problems. Economic research has consistently shown that those who succeed in complementary training have better-paying careers.

However, Modestino noted that most of the employees are now hired for summer jobs, which are less likely to interfere with their studies. And this may have its advantages. For people like Bailey, this means the ability to save money for training in the future. She would like to go to community college for an engineering degree.

“I've always been interested in robots, I love programming and coding,” she said, explaining that learning how roller coasters work is in line with her academic interests.

Sheila Bentley, 18, who recently won a membership to Kennywood, said her salary would allow her to decorate her dorm room at Slippery Rock University. This year she is entering the second year.

“I want to save up for studies and other expenses,” she said. "And there's plenty to do this summer."

American company to pay $ 2000 for the love of video games: how to get involved

US tech giants blamed for underpaid taxes by $ 100 billion