Home Our people Laundering millions and preparing a murder: a famous immigrant is on trial in the United States

In the city of Raleigh, the capital of North Carolina, the former deputy director of Voentorg OJSC, 59-year-old Leonid Teif, and his ex-wife, 43-year-old Tatiana Teif, have partially pleaded guilty in a case involving an attempt to organize a contract murder and launder "Kickbacks" for tens of millions of dollars, writes Air force. 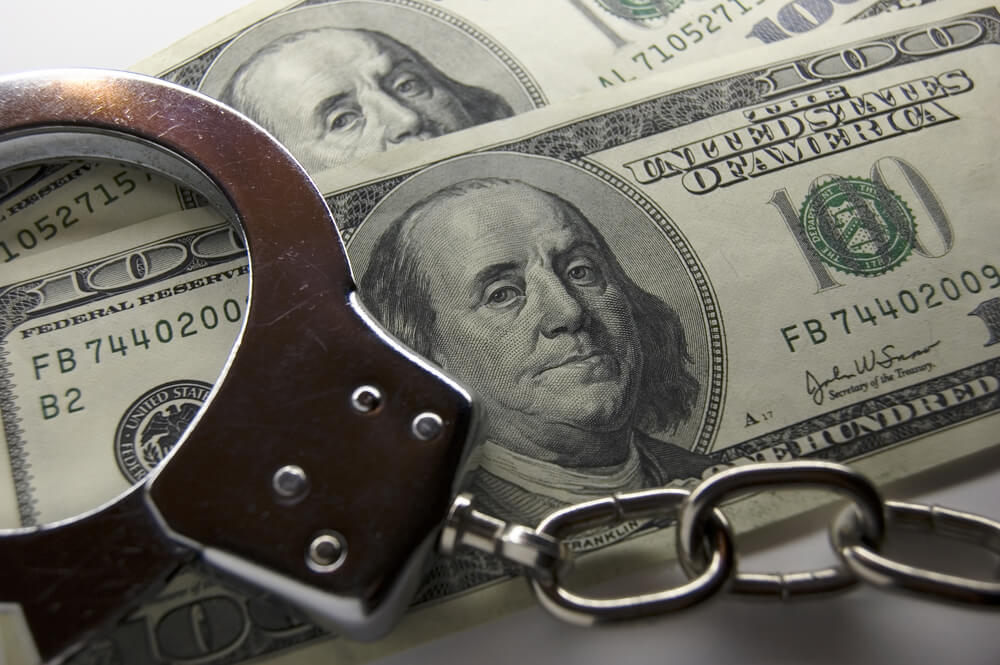 The members of Teif's large advocacy team couldn't believe their luck. These are mainly local lawyers, headed by a New York-based lawyer Robert Wolfe, who in the past defended a galaxy of Soviet emigrants, and more recently representing the former Muscovite Felix Sater, one of the heroes of Russhagate.

After all, Teif, who has lived in the United States since 2010, faced up to 20 years in prison. And now, according to the US Department of Justice, he will receive no more than five years, from which the term served by that time behind bars, where Teif has been since December 2018, will be deducted.

The verdict for the native of Belarus will be delivered in September.

Tatiana Teif, who divorced him in 2017, was arrested at the same time as her ex-husband, but was released on bail long ago. They confessed to lying when filling out the immigration document - in return, the prosecutor's office promised not to demand a sentence of imprisonment.

The prosecutor's office listed the acts incriminated by Teif and four of his accomplices, who had pleaded guilty earlier, in four indictments.

Teif, in particular, was accused of laundering in the United States part of "kickbacks" in the amount of $ 150 million, allegedly received by him in Russia during the distribution of state contracts for food and bath and laundry services for the Russian military.

During interrogation, one former Russian, who appears in court documents as CS-1 (“secret informant No. 1”), testified during interrogation that, on Teif's instructions, he traveled around the country and collected kickbacks.

Teif was accused of laundering an estimated $ 40 million in transfers from four American banks, mainly Bank of America, from countries that have a reputation for being part of the money-laundering chain.

Ultimately, Teif confessed not to laundering huge sums, but only to visa fraud and lying when filling out a tax document.

The prosecutor's office hoped to receive tens of millions of dollars from the spouses and confiscate weapons, including AK-47, SKS and Saiga, as well as jewelry, the list of which is amazing. The couple eventually agreed to pay the state about $ 6 million.

On the subject: 'Putin sanctioned personally': US intelligence announced Russian interference in the 2020 elections

As for weapons, Teifa are now considered convicted and no longer have the right to them. As a member of the lawyer team, who wished to remain anonymous, explained, one of his colleagues may sell weapons.

The evidence base for the prosecution was impressive. By law, the American prosecutor's office is obliged to provide the defense with all the "compromising evidence" that it will use during the trial, and not only against the defendant, but also against the prosecution witnesses. This one is called discovery.

In this case, the volume of discovery was 2019 terabytes at the end of May 3,67. That is, about 73,4 million pages, wrote the defense, outraged that the prosecution did not add a search engine to this mountain of documents.

The defense complained that it would cost "millions of dollars" if it had to make the search engine itself and then study the documents. But the mountain gave birth to a mouse.

The most intriguing point of the accusation was an attempt to deal with the son of Teif's former housekeeper Olesya Timofeva, who is coded in court documents as A.G.

In February 2018, Teif, according to the indictment documents, told a CS-1 informant that he suspected A.G. his wife's lover. The Typhoid hired private investigator Stephen Myers to spy on A.G. and instructed him to install GPS sensors in his car.

Teif, according to prosecutors, hatched two plans for revenge.

By that time, the housekeeper had left Teif and took her husband, who also worked for him, with her. John Patrick Potter also reported that A.G. works now in Cleveland, Ohio.

Then Potter met with one of the department employees, who appears in open documents as Mack, and asked him about assistance in the deportation of A.G. in Russia. According to prosecutors, Teif said that if A.G. was in Russia, he “would have been buried long ago”.

To help Mack start a case against A.G., the conspirators allegedly planned to plant drugs on him.

Teif, according to prosecutors, promised an employee of the Department of Homeland Security a car, a boat, or $ 25. As a deposit, Mack was presented with 10 thousand, which he immediately gave to the investigators who were recording the conversation. He should have received 15 thousand when A.G. will be sent to Russia (investigators believe that this threatened his life).

Teif was accused of bribing a civil servant - and now he admitted it.

Another plan of revenge was to kidnap A.G., take him to the forest, force him to confess to adultery with Tatiana Teif on a video camera and inject him with a lethal dose of drugs, depicting an overdose.

On the day of the verdict, the prosecutor's office will officially drop Teif's charge of preparing a contract murder.

Teif was initially charged with possession of a 94-gauge Ruger P40 pistol with the serial number removed, which he handed to a CS-1 informant. This item will also be removed simultaneously with the sentencing.

The investigation named Alexey Polyakov as Teif's fifth accomplice, who deliberately hid in his application for naturalization in the United States that he had used the name Alex Nork in the past, downplayed the number of arrests he was subjected to, and lied that he had served six days in prison at most (in fact , more).

Teif is now facing another trial, this time in Utah, where he and five other accomplices were sued last year on charges of bribing a FedEx Ground Package System, Inc. manager. in Salt Lake City.

On Thursday, March 18, Teif agreed in advance to deportation to Russia - after serving a sentence in a case in North Carolina.

Voentorg OJSC was established in 2009 on the basis of a presidential decree and an order of the Russian Defense Minister. Then this post was occupied by Anatoly Serdyukov. It provides catering and bath and laundry services in the interests of the Ministry of Defense.

A Russian pleaded guilty to an attempt to steal data from Ilona Mask's company: how he acted