Where Ilon Mask took the money for the first development

Ilon Musk began to earn programming in childhood. He wrote the Blastar computer game in 1984, published it in the South African magazine PC Office Technology and received $ 500. 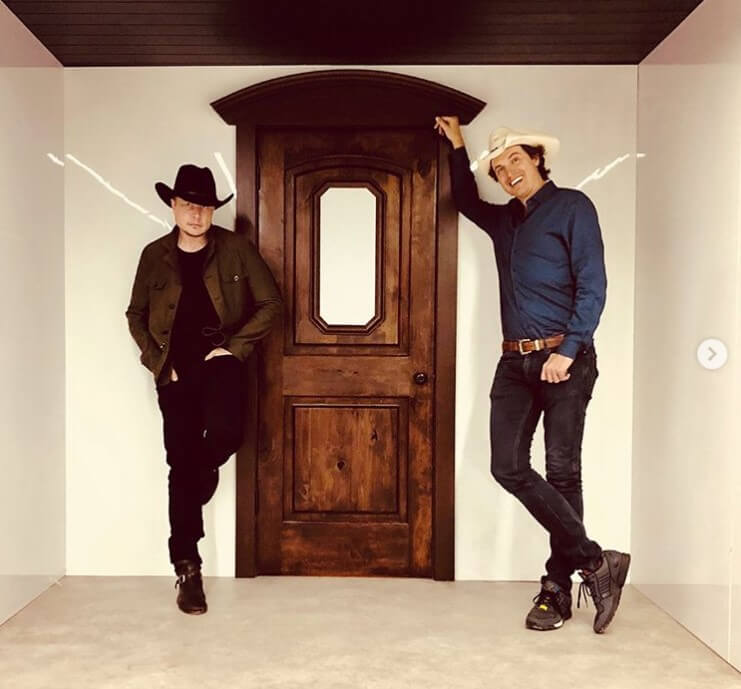 After moving from South Africa to Canada in 1988, Musk got a job first at a cousin’s farm in the Canadian village of Waldeck, then he chopped logs in Vancouver and cleaned the boiler houses at the sawmills, receiving $ 18 per hour, tells vc.ru.

In Canada, Musk and his brother Kimball phoned around businessmen and asked for lunch to arrange work. They liked the top manager of the Bank of Nova Scotia, Peter Nicholson, who became a mentor for Ilona, ​​offering internships at the bank for $ 14 per hour.

While studying at Queens University in Kingston, Musk built custom-made computers and repaired them. In 1992, he moved to study at the University of Pennsylvania. Mask rented a ten-bedroom house with a fellow student, and to pay for his studies and rent on weekends he turned the house into a nightclub. Mask painted the walls in bright colors, closed the windows with black garbage bags and called for peers to rest. At the same time, he always remained sober and controlled parties.

In 1995, Musk entered postgraduate studies at Stanford University, but two days later he left, believing that he needed to invest his strength in the development of the Internet and create his own Internet company. His idea is that “everyone should have the opportunity to find the nearest pizzeria and an explanation of how to get to it”.

In the biographical book of Ashley Vance “Ilon Musk and the search for a fantastic future,” Father Mask said that he gave $ 28 thousand to his first startup son. But Musk denies this: he had a difficult relationship with his father, and he awarded himself the merits of his son in a conversation with Vance.

“He did nothing. He did not pay for college. My brother and I paid for school due to scholarships, loans and work in two places at the same time. The funding that was obtained for the first company came from a small group of angel investors in Silicon Valley. ” 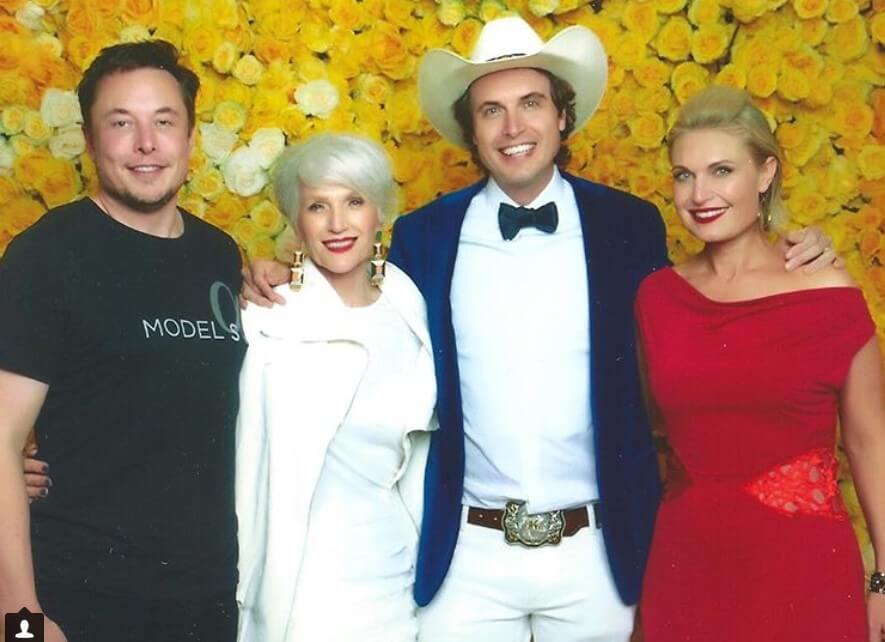 In 1995, Ilon and Kimbal Musk opened Global Link, which developed a local company search service for the first computer users, linking the company's phone with an address. A friend of the brothers Greg Kuri, who contributed $ 6000 of his own savings, helped open the company.

Global Link is the first online version of the Yellow Pages telephone directory with integrated maps. To develop, Ilon Musk bought a CD with the business directory Palo Alto and agreed with the manufacturer of electronic navigation maps Navteq about partnership - in return, the company gave him free access to navigation.

Ilon Mask wrote a program that combined databases from maps and a business directory, and began a search for investment in the project. But potential investors refused him - Mask, brother and friend had to live in the office in order not to go broke. Since Ilona and Kimball had practically no money, they came up with an elegant solution: they spent almost nothing, washed in public places a few blocks from the office. 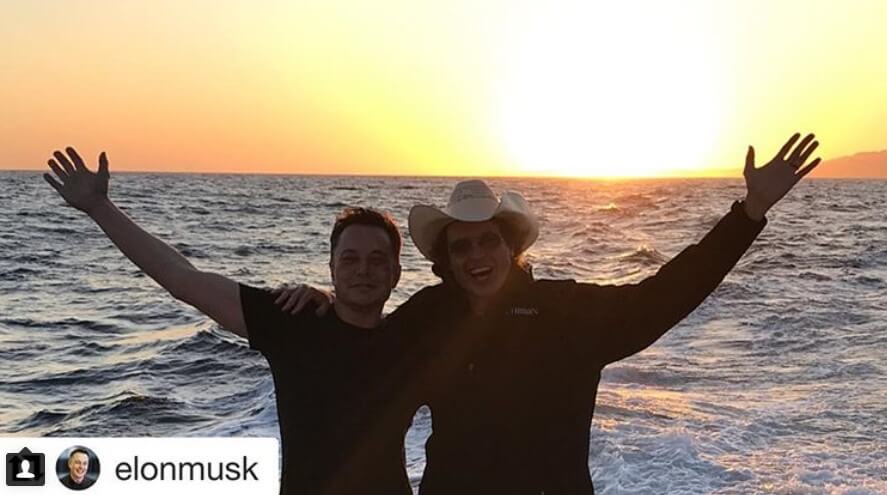 The brothers used one computer: at night they programmed it, and during the day they started the server. The Internet worked through a cheap modem and switch, but later managed to negotiate with the provider, who was located in the office below: the brothers drilled a hole in the wall to take the cable down the stairs directly to the provider’s office.

As soon as the site was launched, Ilon Musk hired three people to sell the program in shopping centers. Reducing costs to a minimum level helped to make a profit even with small orders, which looked attractive to investors.

Invest and rename to Zip2

Zip2 survived and gradually expanded, offering companies a paid placement on the map. In 1996, Mohr Davidow Ventures agreed to invest about $ 3 million in exchange for the main ownership package. The company name was changed to Zip2, and instead of Ilona Mask, the CEO was an experienced businessman Richard Sorkin. Musk has retained the position of executive vice president and technical director.

Under Sorkin's direction, Zip2 began offering its platform to newspapers to build local directories for Internet subscribers. One of the main features Zip2 has developed for newspapers is the online version of the Yellow Pages, with links to store listings and guides. Zip2 also developed personalization settings, calendar and email for newspapers. Zip2's slogan is “We Power the Press”.

The first client was The New York Times, and as part of a deal with Zip2, the newspaper The Boston Globe posted information on events and attractions on Boston.com.

Analysts believed that local newspapers would have an advantage in the local online marketplace, as they could use their own printed material for publications and use the brand to attract customers and advertisers. Zip2's collaboration with newspapers has impacted the online guide industry by linking it to the US newspaper industry, Editor & Publisher said.

In 1998, the Zip2 platform added art objects, places of entertainment to the database, and also identified companies in various categories. Zip2 collaborated with 160 newspapers and developed guides for small cities, districts and states. According to Ilona Mask, 20 newspapers became full-fledged guides to cities, and the rest posted guides to local sites on websites.

The Zip2 platform allowed readers to contact advertisers on websites using a fax: users sent messages via an online fax, and advertisers read messages through special URLs. Another Zip2 product was the Auto Guide - online newspaper users were connected to local dealers or used car dealers.

Musk did not agree with Sorkin’s business management policy. In 1998, he opposed combining Zip2 with a similar CitySearch service, persuading the board of directors not to make a deal and replace Sorkin. The board of directors agreed - Derek Proudine became the new CEO of Zip2.

Buying Zip2 and a new beginning

Musk received $ 22 million, part of which was spent on creating one of the first online banks - X.com. Kimball became an investor for X.com. In June, 2001, the service merged with PayPal. Ilon Mask from PayPal got $ 165 million, of which $ 100 million invested in the creation of SpaceX.

Kimball Musk went to New York, where he founded the social network Funky Talk, which collapsed during a dot-com bubble. Now Kimbal has its own restaurant business and food system. He also developed the Learning Gardens curriculum that promotes a healthy lifestyle.

'Tesla is still a startup': a look at the company's work from the inside