Home In the U.S. Opened a consulate and form a fleet of icebreakers: the United States does not abandon attempts to control Greenland

Opened a consulate and form a fleet of icebreakers: the United States does not abandon attempts to control Greenland

US Secretary of State Michael Pompeo made a statement on the occasion of the opening of the American consulate in Nuuk in Greenland on June 10, writes "Voice of America". 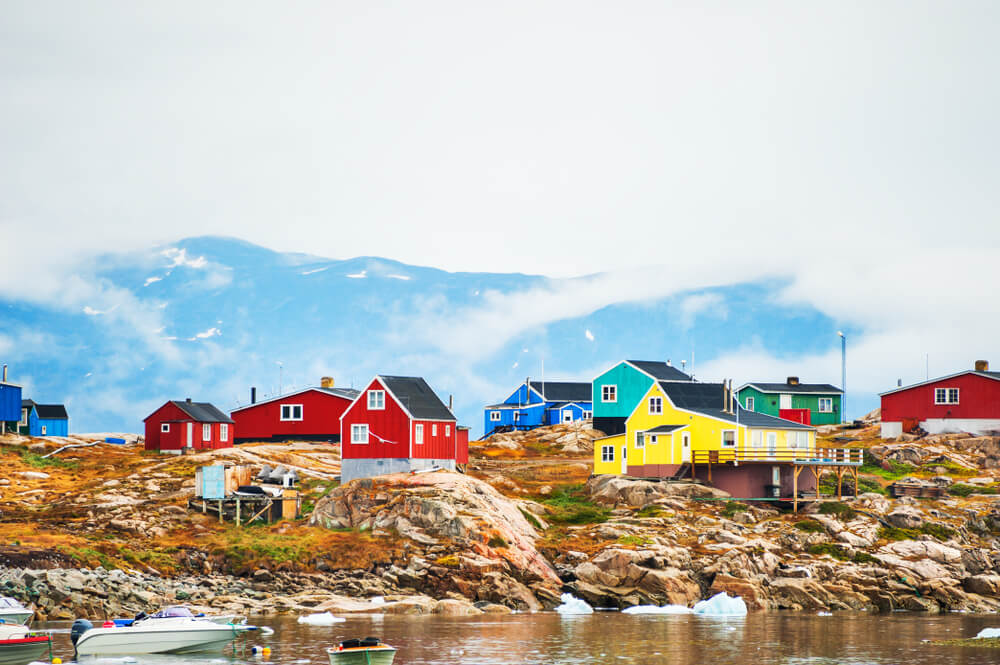 According to Pompeo, this event "reflects the commitment of America to strengthen cooperation with the inhabitants of Greenland and the entire Kingdom of Denmark."

As you know, US President Trump last year expressed the idea of ​​acquiring the island from Denmark.

In addition to the availability of valuable natural resources, observers note that Greenland has defensive value for the United States, because an American military base is already located there.

“Less than 1000 miles from the North Pole, Toole Air Base on the northwest coast warns of missile strikes and helps the US government monitor and control space,” reads a Forbes article on the subject.

The idea of ​​selling Greenland was rejected in Denmark.

“Greenland is rich in valuable resources, including minerals, pristine water, ice, fish, marine life, renewable energy and new frontiers for tourism adventure. We are open for business, not for trade, ”the Danish government said at the time.

On the subject: 51 state: in the trump party Greenland was 'annexed' to the USA

Danish Prime Minister Mette Frederiksen called the idea “absurd” and said: “Greenland is not for sale. Greenland is NOT Danish. Greenland belongs to Greenland. ”

The US president then canceled the planned visit to Denmark.

"Denmark is a special country with wonderful people, but based on the comment of Prime Minister Mette Frederiksen that she is not interested in discussing the purchase of Greenland, I will postpone our meeting, which was supposed to take place in two weeks, for another time," wrote then Trump on Twitter.

Then he answered with humor to the fears of critics about the intentions of the United States in relation to Greenland.

"I promise not to do that in Greenland!" - wrote the US President on Twitter, along with the image of the golden "Trump Tower" in Las Vegas, superimposed on a photo of the Greenland settlement. 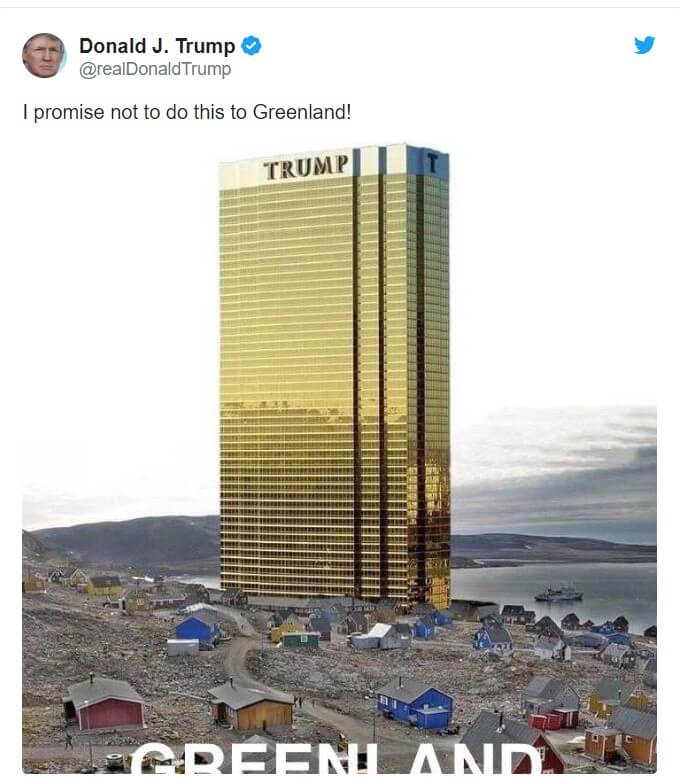 Donald Trump has set the task for US agencies to create a flotilla of icebreakers and build military bases in order to advance US interests in the Arctic and Antarctic, reports "Voice of America".

This is stated in a memorandum issued on June 9 to "ensure US national interests in the Arctic and Antarctic" and addressed to the State Department and the US Department of Homeland Security and Trade.

The memorandum prescribes "to develop options in the Arctic to fulfill a wide range of tasks to ensure national and economic security (including assistance in the development of natural resources, laying and repair of submarine cables)."

According to the memorandum, US departments must provide a plan within 60 days, which would include the construction of at least three icebreakers by 2029, as well as four military bases to support this activity, including two bases outside the United States.

On the subject: Only 4 km share Russia and the USA: why the attempts to overcome them ended in curiosities

Alaskan Republican Senator Dan Sullivan welcomed Trump's decision, noting that it will help the US strengthen its position in the region.

“Our adversaries have far outstripped the United States in infrastructure in the Arctic,” Defense News quotes Sullivan. “We have only one heavy and one medium icebreaker of the Polar class.”

The United States now has one heavy icebreaker, while Russia has 40 icebreakers, Finland has 7, and Canada and Sweden each have 6 icebreakers, writes the Guardian.

A record-breaking ozone hole arose over the Arctic: what threatens the inhabitants of the Earth

How accurate were climate change predictions made 20 years ago

Jimmy Kimmel asked the Americans to find India on the map: what came of it

Ice area in the Arctic reaches 40-year low: what will happen to Earth by 2100 year