Home Our people From janitor to head teacher: how a Ukrainian realized his American dream

From janitor to head teacher: how a Ukrainian realized his American dream

From a janitor to a deputy headmaster - this is exactly the way Ukrainian Taras Petrishin went to his American dream. At the age of 16, he and his parents moved to the United States. 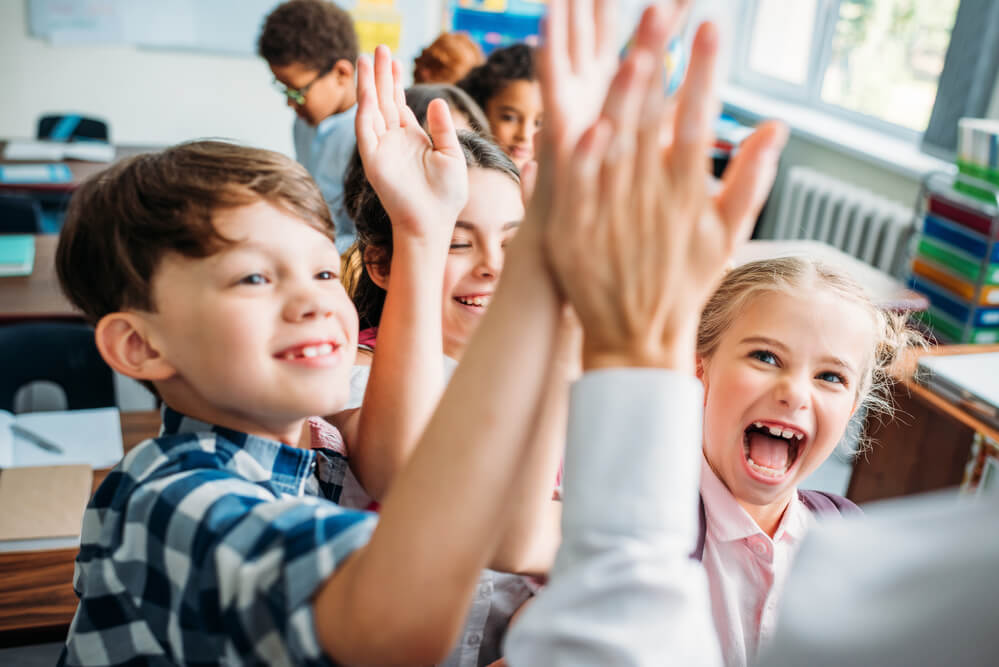 When I went to graduate to earn a living, I got a job as a janitor at an elementary school in New Jersey. Having received a diploma of education, he became a teacher at this school, and then a head teacher. Journalists "Voices of America" visited the school where he works and learned the secrets of rapid career growth.

“He's funny, he gives high-fives, he never shouts,” says one of the students, who also emigrated from Ukraine, and adds that you can speak with “Mr. Pi” not only in English, but also in Ukrainian.

Another student says that it was the head teacher who encouraged him to study better.

“Last year, I had a bad day, he talked to me, told his story, how he worked hard and it helped me. I remembered our conversation well and decided to start learning better, ”says 10-year-old Omar.

On the subject: Why Apple recommends a service created in Odessa Khrushchev

Taras immigrated to the United States in the 1990s. Life abroad was hard - he worked at a construction site, in a restaurant, in a store, later went to college and got a job at a local school as a cleaner.

For 6 years he worked as a cleaner.

“20 rooms and a toilet on each floor. Everything needs to be swept up, wiped, toilets washed, if the doors are dirty, wipe them too. Everything should shine. If it is winter, then you also need to wash the floors, not just sweep. On the 3rd floor they carried boxes of paper, 25 kg each, took 2-3 and carried them. Yes, it's hard. But a person adapts to everything, ”the head teacher recalls.

Taras never hid his ambitions: “I did not want to get out of school all my life. I wanted to be a teacher. ”

Once Tarasa noticed the director of training programs Jenin Kuselevich.

“Sometimes in the evenings, when he was cleaning my office, we talked about his education, about how he sees his teaching career. I am glad that I was the person who informed him that a workplace was opened in our school district, for which they were urgently looking for a person, ”says Jenin Kuselevich.

Taras then completed his studies, so he immediately submitted documents and got the job of a teacher of the 5 class. He did not stop learning from this, he took part in all the training programs offered by the department of education.

“A strong professional ethics and a great desire to learn can motivate everyone, if you really put work first, are not afraid to try something new, expand your horizons, then you can achieve success,” says Kiselevich.

Taras says that in order to achieve your goal, the main thing is not to give up.

On the subject: New York to appear in Ukraine: the amazing story of the 300-year-old settlement in the Donetsk region

When the head teacher opened a vacancy in elementary school, Taras decided to try his hand. He was taken for a year of internship with the salary of an ordinary teacher.

“We have 385 schoolchildren and 105 school personnel - that's a lot of people. Everyone has their own needs. He should always come when you need to support them. Every day, when you come to work, you have to leave your problems at home, ”says school principal Jason Gebedank.

Taras perceives his work as a mission: “I try every day for children to grow up - in behavior, in science, in everything. I want them to love going to school. I also try to make teachers grow. "

The story of Taras Pertishin is an example of the American dream, as Taras’s colleagues believe.

“This is actually an American story about what we believe. If you work hard, you will be rewarded. And this is exactly the case of Mr. Petrishin, ”says the teacher at the school.

Taras himself advises immigrants to choose a goal and go to it.

“Learn a language, get an education, set a goal and work towards its realization. I know this is hard, but in this country there are many opportunities, you just have to use them. ”

Petrishin's plans are to become a school director, then even more. He believes that he will achieve his goal, the main thing is to be true to his life principles - to work hard, to be fair and to love children.

How Russians make money on 'sofas' in America

Our in exile: how a Russian-speaking designer succeeded in IKEA

Grammarly: how Ukrainians created a $ 1 billion company in the USA

Why Apple recommends a service created in Odessa Khrushchev