Home In the U.S. From record-breaking heat to freezing cold: blizzard hits several US states

Residents of Denver, Colorado, have gone from record-breaking heat to sudden blizzard. The city is expected to see a sharp drop in temperature, from 101 degrees Fahrenheit (38,3 Celsius) on Saturday 5 September to a projected 32 degrees (0 Celsius) on Tuesday 8 September. Sunday was also hot - 97 degrees (36 Celsius), writes CNN... It is already snowing in other states. 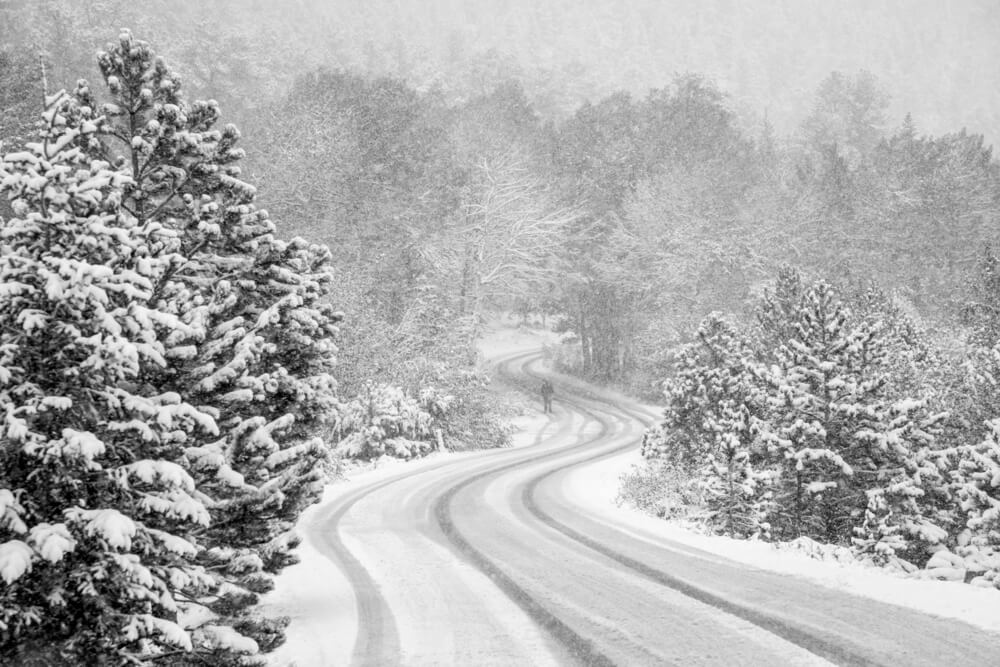 Some parts of western South Dakota received 7 inches (8 cm) of snow over the night from Monday to Tuesday (September 15 and 38), with heavy snowfall expected to continue throughout Tuesday afternoon.

On Tuesday, September 8, an estimated 6 million people in the northern and central Rocky Mountains, including Denver, were subject to a winter weather warning. Throughout the region, 9-4 inches (8-10 cm) of snow may fall until Wednesday, September 20, and in some areas 12-18 inches (30-45 cm) at the highest points. By the time day came, snow was already falling in parts of Idaho, Utah, Wyoming, and was advancing into northern Colorado. By mid-Tuesday morning, snow is expected to cover Colorado and last until Wednesday morning, specifies NBC.

At the same time, literally over the weekend, temperatures in Colorado continued to rise, and together with arid conditions and gusty winds, this has led to the need to issue fire warnings, force evacuations in some areas and block the main road through Rocky Mountain National Park. By Tuesday morning it got much colder and light snow began to fall. Thus, in three days, Denver went from a record heat wave to one of the earliest snowfalls in history.

On the subject: Heat in Siberia and fires in the Arctic: what is happening to the planet and what to expect next

Here is a loop of model forecast reflectivity through noon tomorrow. The heaviest snow is expected late this afternoon and evening. #COwx pic.twitter.com/Wf3sCFcMLP

Since 1950, there have been only 14 cases when a large climate station recorded intense heat in one calendar day, and snowfall the next day.

But Colorado residents shouldn't put their T-shirts in the closet just yet. It is predicted that by Friday, September 11, the city will be around 70 degrees (21 Celsius).

“Chasing” today's Denver snow event from my living room. Stay tuned for more exciting video like this. Light rain and 34 ° but check out the INTENSE stream coming out of the gutter. #COwx pic.twitter.com/XsIKB7NpV8

The widespread record cold (and associated snow) is caused by an abnormally strong influx of cold air from Canada. The halt of the cold front over the United States is associated with typhoon Maysak in the Pacific Ocean, which raged in early September. When autumn begins on the calendar, typhoons in the Pacific Ocean often intensify the downstream jet stream, thereby affecting the weather in North America.

Is it normal to have snow in September?

Many Denver residents take out their jackets, cover their garden plants and try to remember when they last did it in September. 9news.com.

Since then, much time has passed.

Historically, September snow is not uncommon in Denver. According to the National Weather Service, the city receives an average of about 1 inch (2,5 cm) of snow in September, although this has not happened this century.

September 3, 1961 marks the earliest blizzard in Denver history. The city received 4,2 inches (10,6 cm) of snow that day, and nearly a foot fell in the western suburbs and foothills.

According to the NWS, the earliest frost date in Denver was September 8, 1962, when temperatures dropped to 33 degrees (0,5 Celsius).

Denver is predicted not to break this record on Tuesday, September 8, but may well come close.

−80 ° and you can't write in your soul: 7 facts about how people live in Antarctica