Home culture From Philadelphia to Washington: 9 cities that have been the capital of the United States 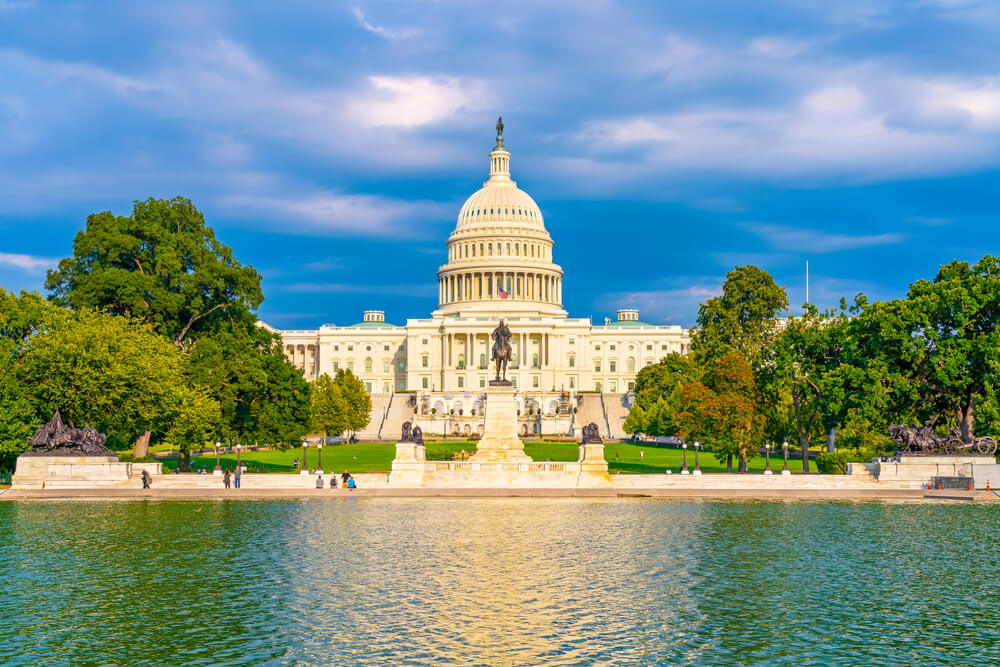 Philadelphia is the first capital of the United States. Founded in 1,5 by Protestant Quakers, this 1682 million city is located in Pennsylvania off the Atlantic coast. It is one of the earliest cities in America. Philadelphia has become the American capital several times:

Philadelphia hosted the First and Second Continental Congresses, and it was here that America's Declaration of Independence was adopted.

Baltimore, founded in 1729, is the largest city in Maryland. The majority of its population today is African American (64%). The famous American writer Edgar Allan Poe lived here. The city was the capital of America from December 20, 1776 to February 27, 1777.

This city, like Philadelphia, is located in the state of Pennsylvania. Founded in 1730. Its first inhabitants came from the city of the same name in England. Today it is a small town with a population of about 60 thousand people. Lancaster was the capital of the United States for only one day - September 27, 1777. On this day, the US government - the Second Continental Congress, was located here, fleeing the offensive of the British army. The very next day Lancaster left Congress.

On the subject: Just about the difficult: answers to the main questions about the 2020 elections

The city of York was founded in 1741. Its population today is 43,5 thousand people. The city is also in Pennsylvania. This gives the right to consider Pennsylvania as the record state, which gave America as many as 3 capitals. York was the capital of the United States from September 30, 1777 to June 27, 1778, when the Second Continental Congress was located here. It was during this period that the country began to be called in official documents the United States of America. The city of York is home to the world famous motorcycle manufacturer Harley Davidson.

The city of Princeton with a population of 28,5 thousand people is located in the state of New Jersey. Here, during the American Revolutionary War, American troops under the command of George Washington defeated the British. Princeton was the American capital from June 30, 1783 to November 4, 1783. The city is home to one of the oldest, most famous and most prestigious universities in America - Princeton University.

Annapolis, with a population of 38, is the capital of the American state of Maryland. Founded in 1649 by English Puritan Protestants. Became the capital of the United States on November 26, 1783 after the signing of the Paris Peace Treaty, which ended the American War of Independence. He stayed the capital until August 19, 1784. The city is famous for the location of the US Naval Academy.

The city of Trenton with a population of 85 thousand people is the capital of the state of New Jersey. It was founded by the Quakers in 1679 and received its current name in 1719. On December 26, 1776, the Battle of Trenton took place here - one of the most famous battles of the American Revolutionary War. Trenton was the capital from November 1, 1784 to December 24, 1784. This city was planned to be made the permanent capital of the United States in the future, but the project was rejected due to objections from the southern states.

New York is the largest city in the United States of America. Its population is 8,5 million, and the population of the New York metropolitan area is over 20 million. It was founded by the Dutch in 1624. New York is often called the capital of the world. It is famous for its skyscrapers, the symbol of America - the Statue of Liberty, Central Park, Broadway, Manhattan and many other attractions. New York was the American capital from January 11, 1785 to August 12, 1790.

On the subject: Non-voting: what's wrong with the status of the District of Columbia, and whether it will become the 51st state

Since November 17, 1800, the capital of the United States has been located in the city of Washington, named after the first President of the United States, George Washington. Since that day, the Congress of the United States of America has been sitting here. The capital, which was founded in 1790, is located on the Potomac River between the states of Maryland and Virginia, but is not part of any state. The official name is the District of Columbia. The population of Washington is 600 thousand people, and the Washington metropolitan area is over 5 million people. The country's authorities are located in the capital: the White House is the residence of the US president, the Capitol is the seat of the US Congress, and the US Supreme Court. Here are the embassies of various states of the world, the headquarters of the International Monetary Fund and the World Bank, the main monuments and museums of the country.

Original column published on the blog. Iskander on Yandex.Zen.

10 most famous monuments in the United States