From $ 200 to $ 600 thousand a year: how resourceful Americans combine several remote jobs

Remote workers have come up with an ingenious way to double their wages. They work for two companies at once, do not tell anyone about it and, as a rule, do not put in a lot of effort. Employees use two laptops at once to attend two video meetings in parallel. They go on vacation with one company to complete a major project for another. The edition told in more detail VC.RU. 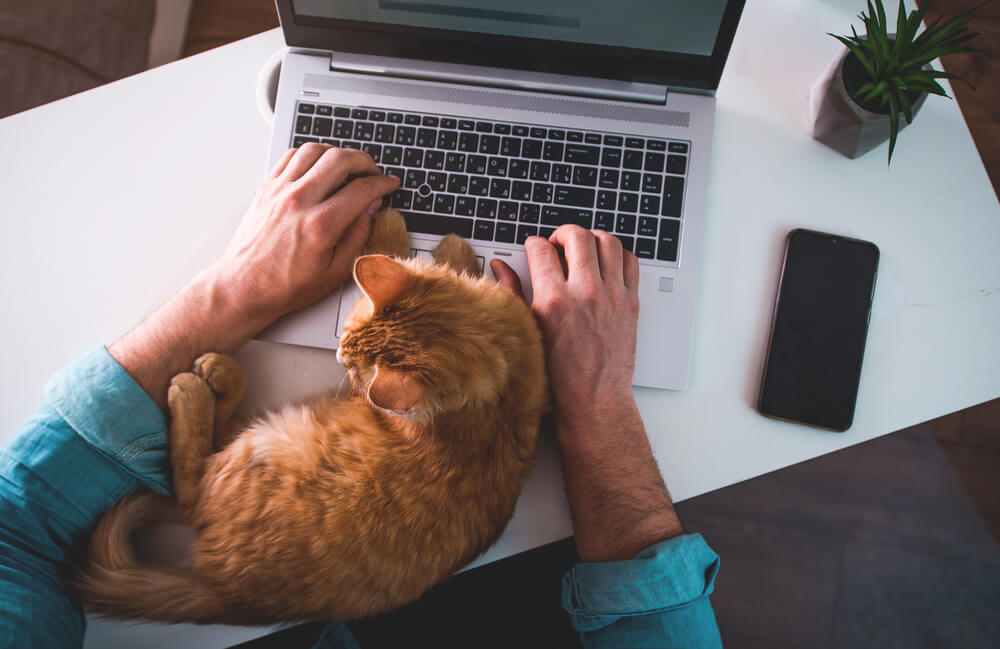 Most of these workers work no more than 40 hours a week in both jobs combined. They do not feel guilty for taking advantage of a work system that they believe has taken advantage of them.

The 29-year-old software engineer said that since June 2021 he has been working simultaneously for a media company and an event organization. He admits that when he only had one job, he only spent 3 to 10 hours a week really doing something useful.

“The rest of the time, I just went to meetings and pretended to be busy with something,” he says.

Why two jobs are right

With inflation on the rise, office workers feel they don't need to waste time building their careers.

“The more you work, the less return. There are more responsibilities, but my salary remains the same, ”says one of the employees.

After seeing an unusual trend, two technicians developed the Overemployed website in the spring of 2021. The idea was born after one of the founders was not given a promotion. And later, the company started downsizing altogether.

He started looking for vacancies, believing that he would soon lose his earnings, and received an offer. However, instead of quitting his old job, he decided to try to combine two jobs at once.

On the subject: Payment up to $ 85 per hour: 4 types of part-time jobs from anywhere in the world

After that, the developer created a website where he tells how to diversify sources of income. “They say we have a free market. I'm going to take from him everything that is due to me, ”he said.

They believe this will break up career stagnation and give workers more financial freedom. The project explains to readers how to communicate with bosses and maintain a LinkedIn account. Also in the community on Discord, users exchange tips for working in various companies.

Most employees who combine several jobs claim that they plan to receive from $ 200 to $ 600 per year, including bonuses. They paid off loans and bought a lot from the wishlist.

In a pandemic, it became easier to take time off from work

In remote work, bosses can no longer monitor employees the way they did in the office. For example, one of the technicians stopped connecting to scheduled hangouts at their company. The authorities did not react to this in any way. “The beauty of working remotely is that you really have a choice,” he says.

To successfully combine the two jobs and keep it a secret, employees:

Workers advise avoiding hangouts whenever possible. One employee admits that he solves all the problems of his colleagues only in Slack. “People love it. They think I'm just a guy doing my job and not wasting time on all these meetings, ”he says.

On the verge of exposure

There are also examples when the management almost guessed about the "secret" part-time jobs of subordinates.

For example, an engineer once turned on his speaker too quickly before turning off the sound on another laptop. For about five seconds, the participants in both video calls could hear each other. It was embarrassing, but no one noticed.

Another saw an error in the payroll and decided to point it out to the manager.

I phoned a colleague, displayed the salary data and immediately interrupted the call, as I saw that the salary from another job was also indicated there. He replied to the manager that "it is inconvenient to show your salary."

And the data scientist got an unexpected call from his boss one day while he was giving development lessons on his second undercover job. In the pandemic, he generally began helping three other companies. As a result, the manager from his main job told him that it was time to get involved in the processes more actively.

“At first I thought, how could he say that? I’m working hard. But I understand that from his side it looked as if I was not doing anything, ”the specialist noted.

People who work for two companies at once are constantly worried that they will be exposed. At the same time, they believe that it finally gave them a sense of control. They now understand what options are on the market and know what they can choose from.

One woman said she even hired a personal assistant: he comes to meetings when she is busy and warns her if her presence is necessary.

“Am I trying to be the best employee? Not really. I just do my job so that I don't get fired, ”she admits.

Lawyer Richard Greenberg argues that working in two jobs is not prohibited by law: “It's more a question of how the contract is drawn up. Here you only risk your job. In very rare situations, criminal liability can be incurred. "

If an employee breaks a non-compete agreement by working for another firm, the boss can sue him. The company can also hold an employee liable for the disclosure of confidential information.

However, the courts attract too much public attention, so the employee is likely to be simply fired.

“Let's be honest. You don't have to be able to lie at all to get caught, ”says Greenberg.

Why do companies need such employees

Managers themselves sometimes do not want to let go of even unproductive employees. In some organizations, cutting staff is tantamount to losing power: there will be no people left to manage.

For example, technology manager Chris Hansen noticed the strange behavior of the developer, who claimed that he quit his previous job to help his team. He stopped coming to meetings and began to work poorly.

Later it turned out that he did not leave his former place of work.

On the subject: 15 professions where you can earn good money

“I could have fired him, but that would only make it worse for myself. It was better then that there was at least someone on the team, ”Hansen admits.

Another engineer says that initially he did not plan to combine the two jobs for a long time. But for more than a year now, he has been working 100 hours a week and earning almost $ 500 thousand a year.

“This is definitely a lot of stress, and my wife asks how long I can still work like this. However, every time a paycheck comes in, I feel motivated to keep going, ”he says.

How to combine two jobs - tips from Overemployed:

Signs that a telecommuting job is a scam

Where to work well in the USA: top companies with the happiest employees