Global warming has probably passed a turning point, and it will not be possible to stop the process of irreversible climate change with devastating consequences. Writes about it The Guardian. 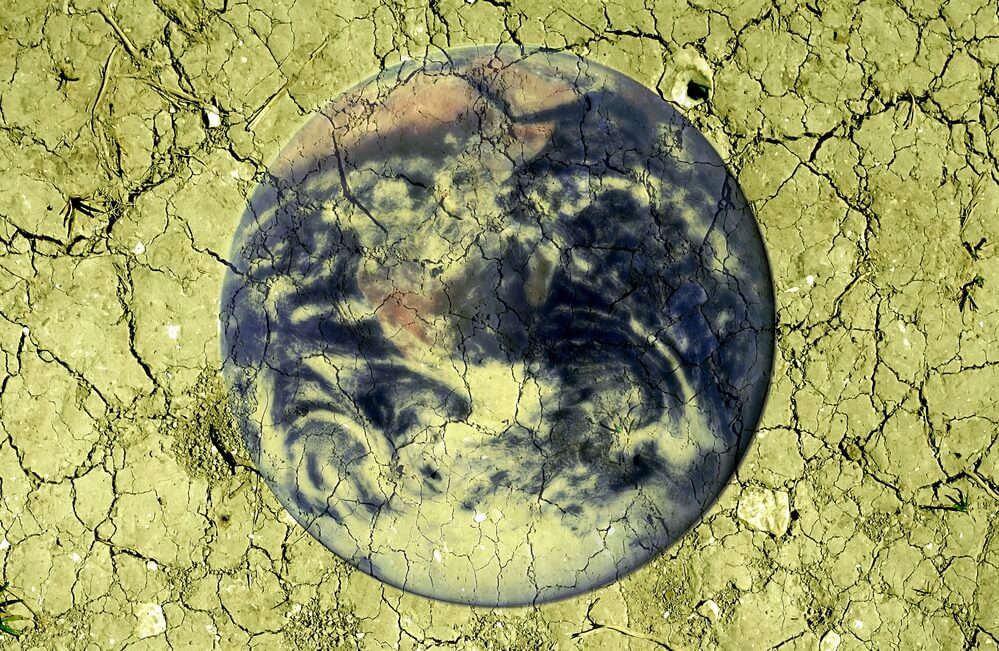 It is very likely that the world has already gone through a series of climatic turning points, scientists warn. This may turn into an "existential threat to civilization." Therefore, the world is now in a "planetary emergency."

Tipping points occur when the ability to stop certain effects of global warming, such as loss of ice cover or forests, disappears. In the past, it was believed that critical heating of the planet at 5 degrees Celsius would lead to a tipping point. But recent indicators indicate that this can happen when heated by one or two degrees.

Actually, the Earth has already warmed up by one degree Celsius, and the temperature continues to rise steadily due to pollution and an increase in the level of greenhouse gases in the atmosphere. Scientists warn that one tipping point, such as methane release due to permafrost thawing, could lead to a cascade of crushing changes.

On the subject: Global warming: severe hurricanes occur in the USA 3,3 times more often than 100 years ago

The authors of the study acknowledge that the complex science of defining tipping points involves great uncertainty. But they point out that the potential damage from tipping points is so great, and the time for action is so short that "to make mistakes in the face of a threat is an irresponsible choice."

Authors call for immediate international action. “The only salvation is that the level of accumulation of harm from tipping points is still under our control to a certain extent. The stability and stability of our planet is at stake. International actions, not just words, must be appropriate, ”the scientists warned.

“We have probably already passed the threshold for launching a whole cascade of interconnected turning points. Simply put, students who protest, demanding environmental protection, are right. We are facing irreversible changes in the climate system that have already begun or are about to begin, ”explained Professor Tim Lenton from the University of Exeter.

“The forecast of Tim Lenton and his colleagues, unfortunately, is quite likely. Perhaps we have already lost control over the Earth’s climate, ”commented Phil Williamson of the University of East Anglia, who did not take part in a new study that began after UN warnings that no one was currently involved in rising global temperatures. And the planet is on the way to heating three to four degrees Celsius.

Researchers have identified nine turning points that could already have occurred. “We have alarming evidence that part of the western ice sheet in Antarctica is retreating, and this is an irreversible process. Everything points to this, ”said Lenton. A similar situation occurs in the Vilkis basin in eastern Antarctica. The collapse of these ice sheets will quickly raise sea levels by many meters. Greenland’s massive ice sheet is melting faster. At the same time, the amount of ice in the Arctic is rapidly declining.

“Permafrost in the Arctic is melting irreversibly, releasing carbon dioxide and methane,” scientists warn. The Atlantic Gulf Stream, which heats Europe, has slowed down by 15% since the middle of the 20th century.

Scientists report that 17% of Amazon forests have died since 1970. The turning point after which these forests will completely disappear may be the further deforestation of 20-40% of the area. Meanwhile, forests in the temperate zone of North America are heating up and suffering from large-scale fires. So they become the source of a large amount of carbon dioxide, and not the system that absorbs it. In the tropics, corals will finally disappear after the planet warms up to 2 degrees Celsius.

Growing at an alarming rate: carbon dioxide in the Earth’s atmosphere has reached a record level

Climate change: scientists warned of the threat of flooding homes around 1 billion people

Mankind threatens mass extinction: people turned out to be the largest disaster for the Earth