House Speaker Nancy Pelosi made an unscheduled trip to the Ukrainian capital on April 30, becoming the highest-ranking U.S. official to visit Kyiv since the Russian invasion began. CNN. 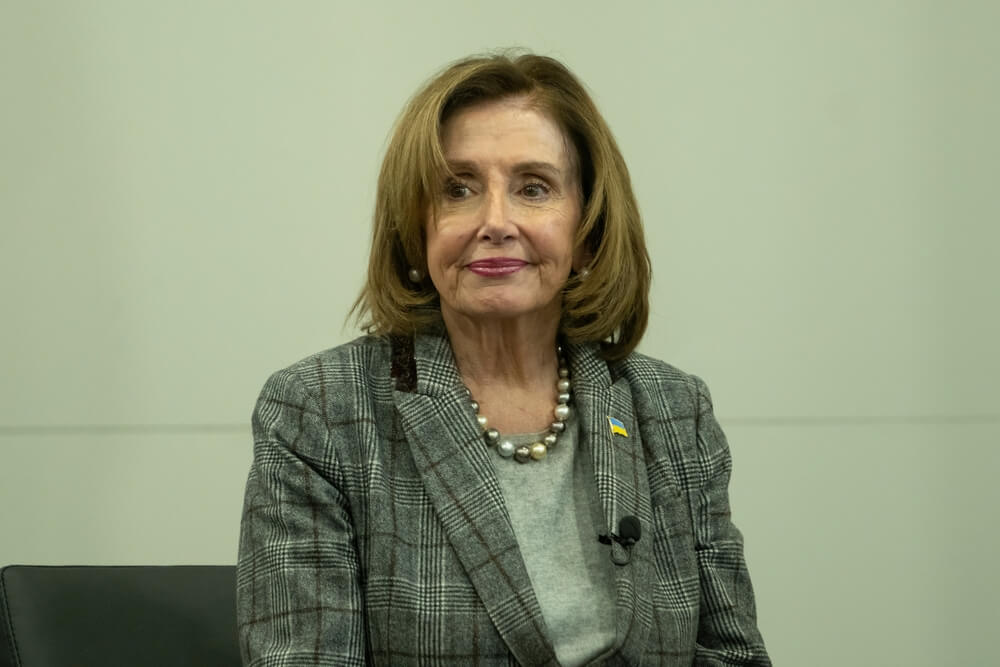 On May 1, Pelosi's office announced that the speaker had led an official congressional delegation to Ukraine. And President Joe Biden discussed her trip to Ukraine and meeting with Zelensky, according to a White House statement.

Zelensky on May 1 shared a video of his meeting with a congressional delegation and thanked the United States for supporting Ukraine against Russian aggression.

The video shows Pelosi telling Zelensky: “We have come to you to thank you for your fight for freedom, and also to say that we are at the border of freedom and that your fight is a fight for everyone. And so our commitment is to be by your side until this fight is over."

Zustrich as Speaker of the US House of Representatives @SpeakerPelosi in Kiev. Received by the State as the leader of Ukraine's hard-won support in the fight against the aggression of the Russian Federation. Dyakuєmo, scho help to protect the sovereignty and territorial integrity of our state! pic.twitter.com/QXSBPFoGQh

The speaker of the US House of Representatives was accompanied by several of her fellow party members - US Congressmen Gregory Meeks (head of the House Foreign Affairs Committee, Adam Schiff (chairman of the Intelligence Committee), Jim McGovern (head of the regulatory committee), as well as Democratic Congressmen Jason Crowe, Bill Keating and Barbara Lee (the latter two only on the Polish leg of the trip), reports HB.

According to Pelosi spokesman Drew Hammill, lawmakers spent just over three hours in Kyiv. MPs later traveled to Poland, where they met with US Army 82nd Airborne Division troops stationed in the country and were scheduled to meet with Polish President Andrzej Duda on May 2, according to Pelosi's statement.
Speaking to reporters on May 1 at a press conference in Rzeszow, Poland, Pelosi said her talks with Zelenskiy focused on security issues, humanitarian and economic aid, and ultimately rebuilding Ukraine.

“We were proud to convey to him the message of unity from the US Congress. A message of gratitude from the American people for their leadership and admiration for the people of Ukraine for their courage,” she said. “America supports Ukraine, we support Ukraine until victory is won, and we support NATO.”

The California Democrat said in a statement later May 1 that the visit to Poland sent "an unmistakable signal to the world: America stands firmly with our NATO allies in our support for Ukraine."

The delegation's visit comes as the US and its allies step up to provide long-term support to Ukraine as the fighting continues.

Last week, in response to Zelenskiy's pleas, a 40-nation group assembled by the United States in Germany agreed to streamline and expedite the delivery of weapons to Ukraine. “We have to move at the speed of war,” said Secretary of Defense Lloyd Austin, who met with Zelensky in Kyiv last week along with US Secretary of State Anthony Blinken.

The U.S. House of Representatives passed legislation on April 27 that would allow Biden to use World War II aid mechanisms known as the Lend-Lease Act of 1941 to quickly loan weapons to Ukraine. This law was originally created to help forces fighting Nazi Germany and reflects the urgent need for Congress to support the Ukrainian military.

Biden has also asked Congress for $33 billion in additional funding to help Ukraine over the next few months as Russia's brutal and ruthless war enters a new phase. Biden also outlined a proposal that would put even more pressure on the Russian oligarchs over the war in Ukraine, including using money from their seized assets to finance Ukraine's defense.

The package is significantly larger than other packages put forward and more than double the $13,6 billion in military and humanitarian aid that Congress approved last month.

Zelenskiy stressed the importance of the bailout at a meeting with Pelosi and other lawmakers. “The signals that the United States and President Biden are giving today are very important. These are recent strong steps in the field of defense and financial support for Ukraine, as well as decisions on lend-lease - we are grateful for this, ”he said.

In a statement, Schiff praised the Ukrainian army, saying that "in the face of unimaginable difficulties" it "thwarted Putin's most egregious plans and repelled attacks by Russian forces for more than two months. While the Ukrainians are defending their homes, the US has supported their fight for freedom with significant funding for humanitarian, military and economic aid.
“It is imperative that Congress come together to quickly consider President Biden's request for an additional $33 billion in security and humanitarian assistance,” he added. “There is no time to waste. And the stakes are rising every day.”

Pelosi's visit to Kyiv has taken US officials' personal support for Ukraine to a new level, as it is the speaker of the US House of Representatives who is the second person after the vice president (Kamala Harris) who can act as US president in the event of his incapacity. This makes Pelosi the highest-ranking U.S. official to have met personally with Volodymyr Zelensky since the start of the Russian invasion more than two months ago — which “marks a significant degree of commitment to support for Ukraine from the highest levels of U.S. leadership.”

"Our congressional delegation has the solemn opportunity and unique honor to meet Ukrainian President Volodymyr Zelensky and other senior Ukrainian officials in Kyiv," Pelosi's office said in a press release. “Our delegation expressed our respect and gratitude to President Zelensky for his leadership and our admiration for the Ukrainian people for their courage in the fight against Russian oppression.”

The meeting of the delegations lasted about three hours. In Kyiv, the 82-year-old Speaker of the US House of Representatives received the Order of Princess Olga from the Ukrainian President. Olga was the first woman to rule Kievan Rus, a medieval East Slavic state. The Order of her name is awarded to women who have achieved significant success in politics and society - the personification of female power in Ukraine.

She was also presented with a Ukrainian flag signed by Zelensky and women members of the Ukrainian parliament, including those Pelosi recently met at the Capitol during their visit to the United States.

Video of the day: Angelina Jolie arrived in Ukraine, but the guy who did not notice the actress became the star of the Internet

Ukrainians flee to the US across the Mexican border: how they are met and why they anger human rights activists