Home Our people The operator who filmed her own death: what was the path of the Ukrainian woman killed by Baldwin in Hollywood

October 21 on the set of the film Rust a Hollywood actor Alec Baldwin accidentally killed the cameraman and wounded the director. The Ukrainian woman was killed. Sources say she may have filmed her own death. The edition told in more detail with the BBC.

“Galina Gatchins was a bright person. Everyone loved her very much. She had a wonderful creative approach. But above all, she was a wonderful mother, ”recalls director Alexei Fedosov.

Galina Gutchins, 42, died of a bullet wound while filming Rust.

According to preliminary data from the investigation, it was Alec Baldwin who fired a prop weapon on the set.

“It happened during the shooting. Most likely, Galina could have filmed her own death, ”suggests director Alexei Fedosov, who has been working in Hollywood for seven years. Of these, already five, as he knows Galina.

That is, the camera was supposed to film everything that happened from the moment of the fatal shot until it was turned off after the injury.

In the United States, the 42-year-old filmmaker is left with a husband and little son. Before starting a career abroad, Galina lived and studied in Ukraine.

Alexey Fedosov spoke about how they worked together in California, as well as the working conditions at Hollywood venues.

On the set of one of the short films, Galina Gatchins was the director of photography, and he was the second director.

Working together in Hollywood

“On the set, I was very strict with her. Sometimes it is probably unnecessary. But despite this, she always smiled. Galina was an amazing person, a bright soul who, unfortunately, left us, ”says Alexey.

On the subject: The most successful Ukrainian woman in Hollywood: what connects a Kiev woman with Al Pacino, De Niro and Jolie

The director emphasized that she was a non-standard cameraman: she always tried to find the best angle, no matter how she was driven.

“Galina just smiled and without haste, she did her job very well. She had her own clear vision. It was impossible to rush her, ”recalls Fedosov.

Gutchins was a member of the American Operators Guild. According to her colleagues, she was rapidly moving up the career ladder, Galina was well known in the Russian-speaking community of Hollywood.

“Her talent and his human qualities helped her move forward,” says the director. "Female cameramen are still a rarity in Hollywood."

According to Alexei Fedosov, a lot of Ukrainians work in Hollywood - these are cameramen, their assistants, assistant directors. In addition, a huge number of actors, mostly supporting actors, are Ukrainians.

Not so much is known about their Hollywood achievements and successes at home.

“For example, on the set of the film“ Ford versus Ferrari ”, out of 500 people in the crowd, about a hundred were Ukrainians,” the director explained.

Alexey Fedosov notes that Hollywood has strict safety rules when shooting films like Rust. There must be a person on the site who is good at weapons and is responsible for the weapon props.

Before shooting scenes with revolvers or rifles, a test shot is taken. In such situations, the police must be present.

“Blank cartridges are used for the beauty of the shot. They give a bright flash when fired. No more. We used them on the set. I didn’t see anything wrong with that, ”shares his experience Alexey Fedosov.

Also, in his opinion, such a tragedy can hardly be explained by overwork due to too long filming shifts.

“For Ukrainians, working conditions in Hollywood are heaven after what they are used to at home. There, my shift on the set of commercials, clips, movies could last 24-26 hours. In Hollywood, an actor change takes 8 hours, a group change takes 10-12 hours, ”says the filmmaker.

Overtime work is paid at a double rate, and more than 16 hours in a row is a conditionally golden time, it will cost a film company very dearly. Therefore, producers try to avoid such long shifts.

According to the director, "the entire film industry is shocked by what happened."

The fact that Baldwin fired from props weapons, said representatives of the actor and the police. According to them, it was a pistol loaded with blank cartridges, writes with the BBC. 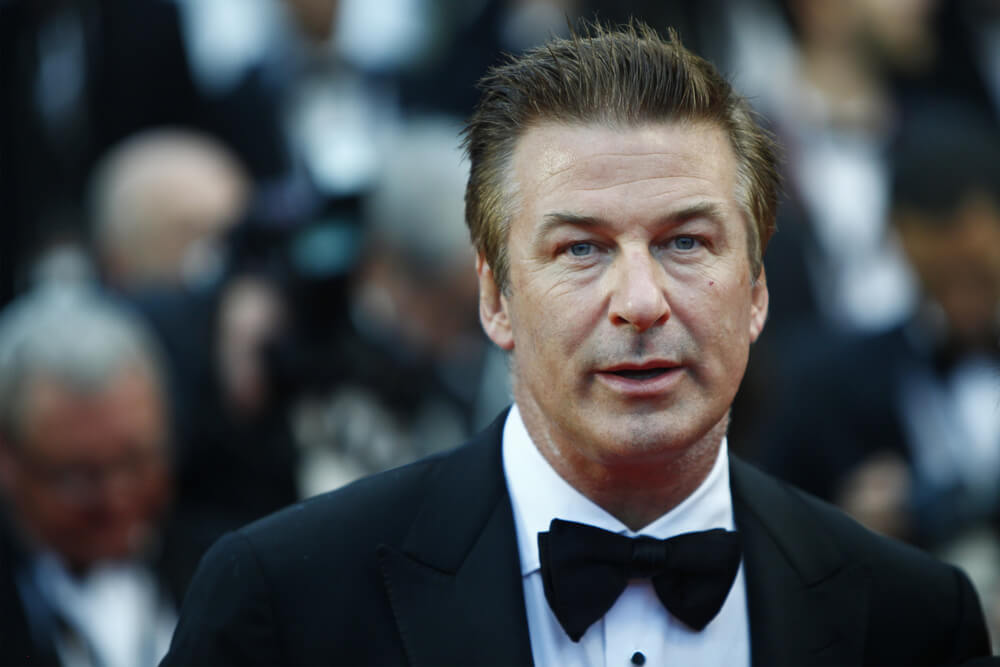 New details of the police investigation were revealed on October 22, when permission was formally requested to conduct the search.

The assistant director took one of the three prop pistols that the weapons specialist had prepared and handed it over to Baldwin. According to the evidence collected, he stated that the pistol was not loaded.

The assistant director, the document says, also did not know that the weapon had live ammunition.

The police files, among other things, indicate that Baldwin's clothes stained with blood were seized as evidence along with a pistol. Other props weapons were also taken away by the police.

The 63-year-old actor was interrogated by the police, but no one was charged about the incident.

Towards the American dream on pointe: how a Ukrainian woman forever changed ballet in the USA and the world

The most successful Ukrainian woman in Hollywood: what connects a Kiev woman with Al Pacino, De Niro and Jolie

Pretending to be a Russian prince: how an immigrant from Russia became the 'Emperor of Hollywood'

'The main Russian' in Hollywood: how a Ukrainian became a sought-after actor in the USA