Minsk hosted the inauguration of Alexander Lukashenko, who took office as President of Belarus, state news agency BelTA reported. The inauguration was not publicly announced, so the announcement of Lukashenka’s assumption of office came as a complete surprise to the country's residents and journalists. Writes about it with the BBC. 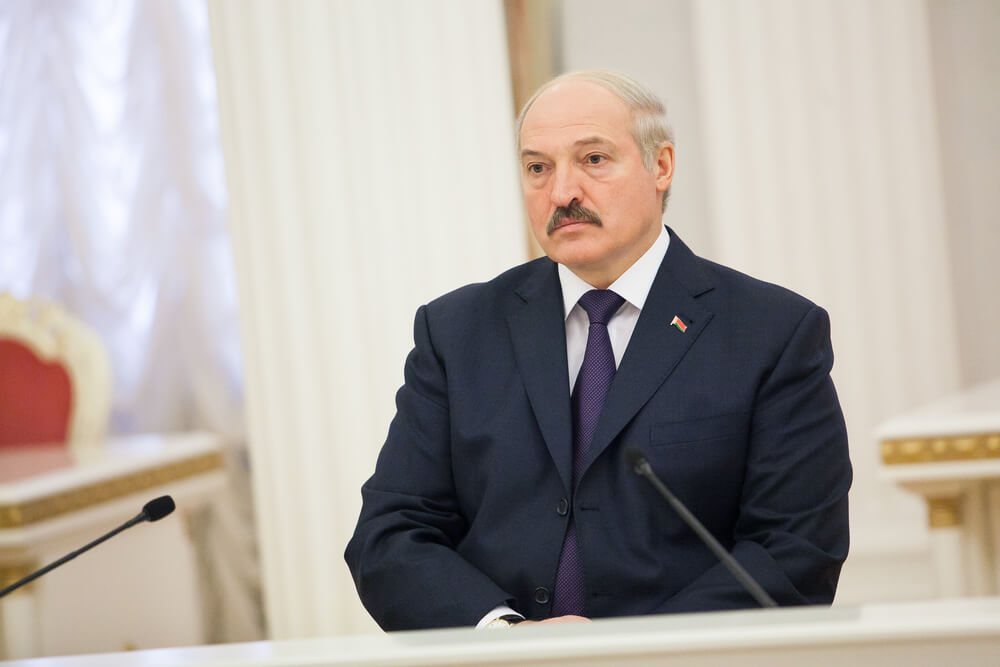 The ceremony took place at the Palace of Independence. The BelTA message says that “several hundred people have been invited”.

“Putting his right hand on the Constitution, Alyaksandr Lukashenka took the oath in Belarusian,” BelTA informs. “Then he signed the act of taking the oath, after which the chairman of the Central Commission of Belarus on Elections and the Conduct of Republican Referendums Lidia Yermoshina presented Alexander Lukashenko with a certificate of the President of the Republic of Belarus.”

In accordance with the constitution of Belarus, the president must take office two months after the end of the elections, that is, no later than October 9th. On Wednesday, September 23, in the morning, Lukashenko's press secretary Natalya Eismont in an interview with RIA Novosti refused to name the date of the ceremony, but promised that “closer to the time of the inauguration, we will definitely inform you”.

In the morning, information appeared in the Belarusian media and telegram channels that the center of Minsk was closed. There were also published photographs of President Lukashenko's motorcade, which arrived at the Palace of Independence.

"The color revolution did not take place"

Belarusian media cite Lukashenka's speech at the inauguration, in which he said that it was not possible to organize a “color revolution” in the country.

“An unprecedented challenge was thrown down to our statehood - the challenge of repeatedly worked out reliable technologies for the destruction of independent states,” Lukashenko said. "But we were among the very few - even, perhaps, the only ones - where the" color revolution "did not take place."

“I can’t, I don’t have the right to abandon the Belarusians, who linked not only political preferences to the state course, but also their fate, the future of their children, everyone who remained faithful to the country and people in such a difficult period for Belarus,” Lukashenka also said ...

Lukashenko announced his victory in the presidential elections on August 9, but the opposition and Western countries consider the voting results to be falsified and insist that opposition candidate Svetlana Tikhanovskaya won the majority of votes.

For more than a month in Belarus, mass protests have not subsided, the participants of which are detained and beaten.

According to the law “On the President of the Republic of Belarus,” the oath must be broadcast on radio and television. The Nexta Telegram channel notes that the TV series “Entering the House, Look Back” and “Blue Nights” were shown on the TV channels Belarus-1 and ONT during the swearing-in.

A member of the Presidium of the Coordination Council of the Belarusian opposition, former Minister of Culture Pavel Latushko called Lukashenka's actions “a self-inauguration operation”.

“Under the protection of riot police, in an atmosphere of secrecy and secrecy, in a narrow circle of hastily brought officials. Where are the jubilant citizens? Where is the diplomatic corps? - the oppositionist comments. - From now on, he is no longer the President of the Republic of Belarus. He is just the head of the OMON, which operates without insignia on the streets of Belarus, and a handful of bureaucrats. For us, citizens of Belarus, for the world community, he is now nobody. An unfortunate mistake of history and the shame of the civilized world. "

Appeals appeared on the Internet for residents of Belarusian cities to go to protest actions. Drivers are urged to block roads.

'We have to do it': Lukashenka closed the border of Belarus with the West

'I sat out, but I won't just leave': Lukashenko spoke about the situation in Belarus, Putin and Poroshenko

Mass action in support of protesters in Belarus was held in New York: photo report