Home Positive Occupation, kidnapping, new countries and the long-awaited return to the owners: the military adventures of a brave cat from Ukraine

A Maine Coon cat named Max spent a month in Bucha under occupation, was kidnapped, but escaped and was reunited 80 days later with his owners, reports The Duma. 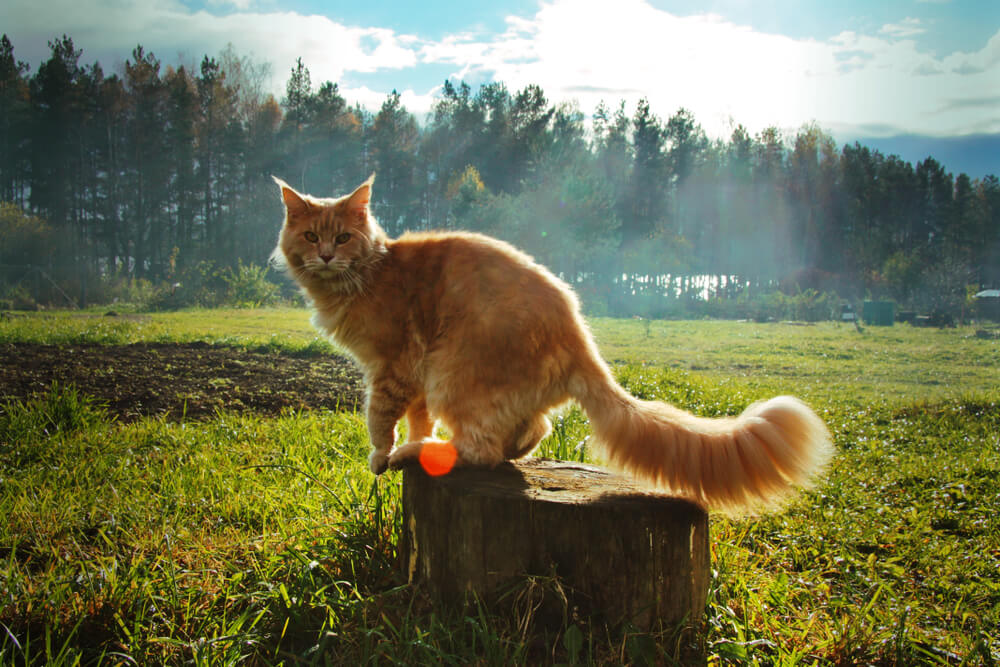 It took the Russian troops, who occupied the outskirts of Kyiv, a month to leave a deep, unhealed wound in the soul of every Ukrainian. Hundreds of tortured people, thousands of destroyed houses, torture, rape, banal theft - the tragedies of Bucha, Gostomel, Irpin, Motyzhin will serve as a source for documentaries, books, theater productions and, of course, criminal proceedings for decades to come.

One of the stories, fortunately ending well, happened to a domestic cat, an eight-year-old red giant of the Maine Coon breed named Max. Odesa Alena Kukuruzka, who more than a year ago moved to a small village near Kyiv, whose name, thanks to Russian executioners, is now known all over the world, told about the misadventures of her pet.

On the subject: There is no Harry Potter in Mexico, and Carolinas in Iceland: what names are banned in different countries and why

“We live three kilometers from the Gostomel airfield, in Lesnaya Bucha (the railway station in front of the Bucha station), she says. Now Alena with her one and a half year old son found shelter in the Czech Republic and shudders remembering the end of February. - When they started bombing us at night, I fell into some kind of stupor, hugged my son and just sat on the bed, I didn’t want to go anywhere. My husband persuaded me. We agreed that he would take us to Zhytomyr, and he would return back for things and our cat Max. I took one backpack, my husband was just in a tracksuit. When we reached the border of the Kyiv region, neighbors began to call and say that the village was being bombed and that troops had landed. We realized that there was nowhere to go back.”

In early March, the village was occupied, and natives of the Russian hinterland settled in the house of a young woman.

“Max always has full bowls of water and food, but it’s still for a couple of days,” Alena recalls. “We called the neighbors and asked them to break the windows, but we didn’t have time. The Russians set up their armored personnel carrier in our yard, dug a trench along the fence. The neighbor-grandfather did not leave and told us from the basement what was happening. At first, Max was seen in the village - he is one such redhead.

At the end of March, Ukrainian defenders drove the enemy out of Bucha, and the world was able to see the "traces" of the Russian boot.

“The whole house was smashed and looted,” says our interlocutor. - The furniture was spoiled, covered with swearing, personal belongings were shaken out of the cabinets. Everything was in a pile at the exit, probably they were going to steal it, but they didn’t have time. And in the children's room, our sappers found a banner with a grenade. We started looking for Max. I hoped that he was alive and that he was taken out by volunteers who rescued pets. For 38 days I stubbornly believed that he was alive. Without evidence, contrary to what everyone wrote, that there was hell in our village. Probably sick of all the funds and volunteer centers and support groups of Gostomel and Bucha.”

A month ago, Alena's phone vibrated from a call from an unknown number. Called viber from Belarus.

“Your contacts were on the pendant, we didn’t know whether to call or not and how you would react to Belarusians after everything that was happening,” said the girl on the other end of the phone.

It turned out that Max was kidnapped by the Russians. The cat traveled more than 300 km on the armor of a Russian armored personnel carrier along with household appliances stolen from the residents of Bucha and Irpin. In the Gomel region, the Maine Coon managed to escape and cling to the locals.

“At first I thought that I was being bred,” says Alena. “But the girl threw off a photo of Max and a collar with a pendant - there is a QR code with my contacts on the back.”

Belarusian volunteers helped make Max a new veterinary passport and a chip - it is impossible to take the animal abroad without documents - and handed it over to Polish volunteers at the border. Now the rather emaciated and shorn cat (during the ordeals the animal was doused with something sticky) has reunited with his family in the Czech Republic.

“Strange, but the words that the cat is from Ukraine and that we lived in Bucha worked like a code: no one took money from me, they apologized at the first meeting online. For Lukashenka, for the fact that everything is like that,” the woman said.