A common feature of immigration policy is its complexity. While many people believe that illegal immigrants can simply apply for a US residency after living in the country for a while, this is not the case. At least not most of the time. Writes about it The Nation. 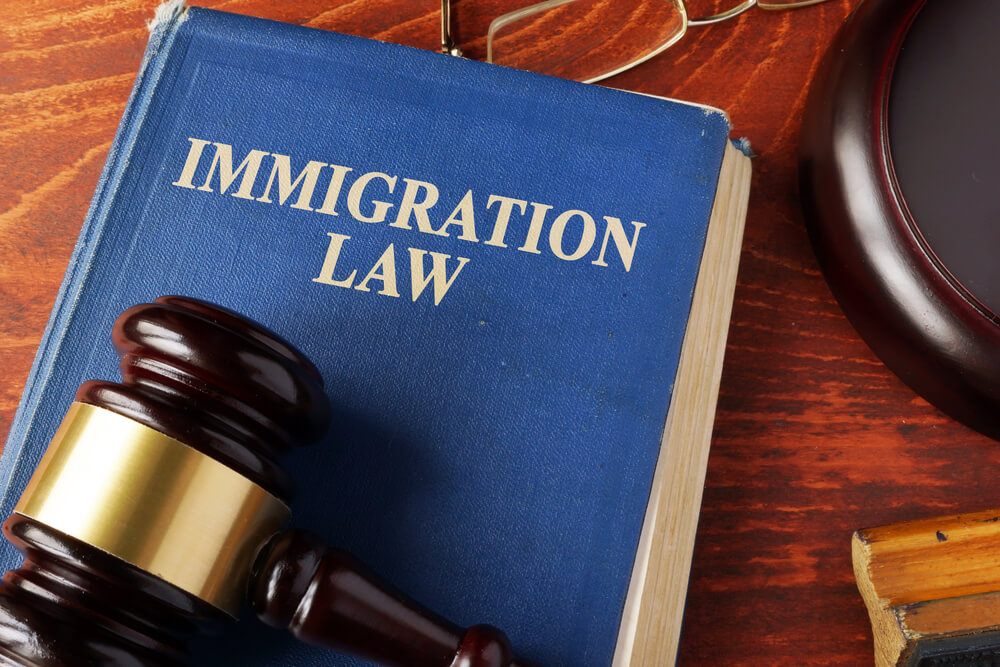 In fact, there is a mechanism for those who are physically present in the United States from a certain date and have no criminal record, simply apply for a green card, and then for citizenship. But this direct route, known as registration, is so incomprehensible that even many practicing immigration lawyers are not very familiar with it - because it is essentially outdated. To be eligible for registration, the date of entry of the illegal into the United States must be before January 1, 1972, almost 50 years ago.

Although for much of the 1929th century, US immigration policies were often blatantly racist, there was a consensus among politicians that the country did not need millions of illegal immigrants. In XNUMX, eight years after the first imposition of immigration quotas, lawmakers realized they had cornered thousands of people by creating an immigration system around them after they had already entered.

Therefore, the right to register illegal immigrants was established. “This policy recognized that social inclusion and inclusion in society should prevail over any form of legal disqualification for a person,” explained Mae Ngai of Columbia University, historian and author of a book on 1921th century immigration policy. Initially, illegal immigrants who entered the United States before XNUMX were allowed to register, but it quickly became clear that without updating this period, the program would not provide the desired effect.

This pragmatic admission was clearly set out in a 1938 report by the Franklin Delano Roosevelt administration. Roosevelt was so paranoid about immigration and enemy infiltration that he even rejected Jewish refugees fleeing Nazism and sent Japanese Americans to internment camps. However, the report recommends updating the date of entry to access registration from 1921 to 1924. The reason for this is stated: “It is not in the interests of the United States that there be a significant number of foreigners who have resided in this country for many years and who are otherwise eligible for naturalization and seek to become citizens, but who are not allowed to do so due to the lack of certain records ".

Since then, the date has been updated three times: first until 1940, then 1948, and finally 1972, when the update became part of the much broader Immigration Reform and Control Act (IRCA) signed by Ronald Reagan in 1986. The change in the date of entry, giving illegal immigrants the right to register, was pushed into the background by other similar laws. In particular, a general registration program for those who are permanently in the United States since 1982, and a separate program only for people who worked in agriculture (at least 90 days a year) until May 1986.

On the subject: Postman deliberately dumped letters from USCIS: dozens of immigrants were affected

A total of about 2,7 million illegal immigrants have been legalized by these programs, but this was a one-time compromise, coupled with increased controls over the recruitment of foreign workers and funding for additional border security measures. An IRCA analysis conducted in 2014 by the non-partisan Institute for Migration Policy identified several gaps in the implementation of these programs. In particular, the 12-month application deadline ruled out many people who found out too late or were having trouble gathering the necessary documentation.

At the same time, registration allows you to avoid most of these problems, due to its simplicity. The entire normative act consists of only 161 words. This does not mean that it does not have any requirements. Applicants must provide proof of permanent residence, which is not always easy to do. In addition, if an illegal has committed a crime, then he also loses the right to register.

This simplicity and straightforwardness is in stark contrast to most of today's proposed regulations, such as the Comprehensive Immigration Reform Act 2007, which was going to link every immigrant to an immigration lawyer for 20 years.

In fact, it would take one of the shortest bills ever passed by Congress to solve the problem of illegal immigration and legalize the millions of people who have already joined the American society. By simply changing the number from 1972 to, say, 2010, legislators would give millions of people the right to legally reside in the United States. Pew Research estimates that in 2017, about 66% of the 10,5 million illegal immigrants lived in the United States for more than 10 years. Changing the date to 2010 could result in at least 5 million registrations.

There is not much talk about registration in the current discussions on legislative options for solving the immigration problem, because any such proposal would immediately be called an amnesty. Most of the proposals are now aimed at the "dreamers", agricultural workers, the necessary personnel, but even they fail to be accepted.

“When I came to Congress, we changed the date of entry to qualify for registration. It used to change every few years without much fuss, ”said former Senate Majority Leader Harry Reid.

Reid submitted bills that would automatically move the entry date for check-in, but he was not passed.

On the subject: US immigration authorities will collect phone numbers of all travelers entering the country

While registration is rarely used in the broader context of immigration policy, it has not been completely forgotten. Tom Javets, former general counsel for the Immigration Subcommittee of the House Judiciary Committee and now vice president of immigration policy at the Center for American Progress (CAP), said the CAP supports the postponement of the date, although he does not believe there is “a single magic path to legalization. ".

Currently, most immigration attorneys do not handle registration matters. Such cases rarely appear and tend to involve older people who may not even have realized they had immigration problems. One lawyer said that 10 years ago he was involved in the case of a 50-year-old truck driver who went to renew his driver's license after the state of Missouri changed document requirements and learned that he was born in Mexico and his parents never told to him about it.

Nevertheless, almost all lawyers have cases when changing the date of admission to registration could solve a complex problem of the client. For example, Rebecca Trimble, at age 30, discovered that her parents had not taken the necessary steps to register her adoption. She has lived permanently in the United States since she was only three days old, but is now facing deportation. And a new check-in date to qualify for check-in could have saved her.

A teenager stole $ 36,5 million worth of cryptocurrencies: you will be shocked at what he spent them on