Work in the field of marijuana production, the use of “grass”, or even admitting that an immigrant has tried it at least once in his life, can permanently close the doors to him in the USA. We look at the example of a resident of California in how cannabis can affect immigration status. 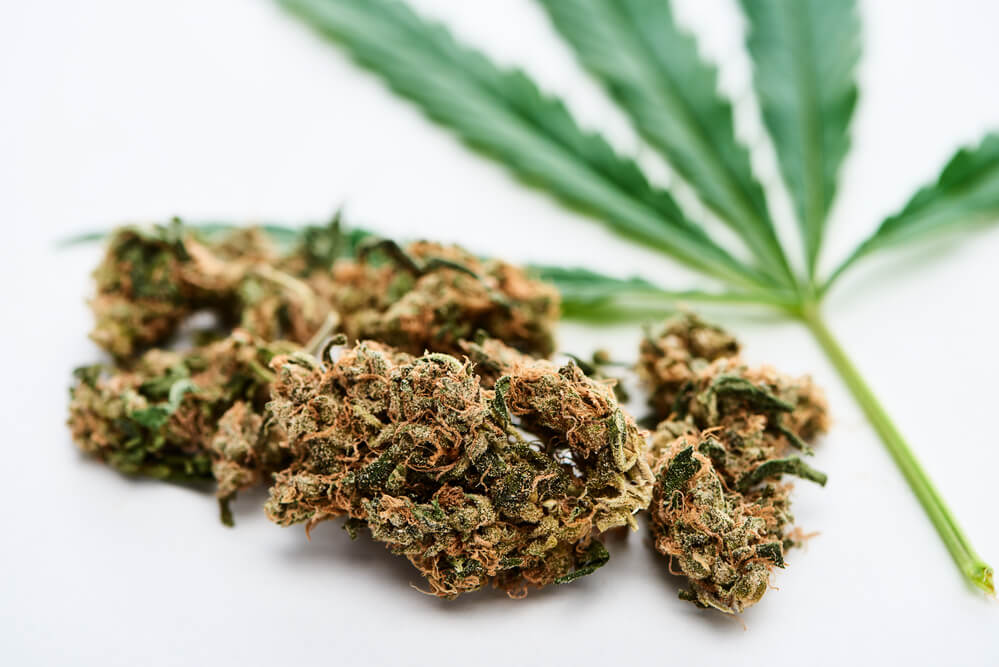 José Palomar packed only a small suitcase because he thought that his trip to Mexico would be short. In the process of obtaining the status of legal permanent resident of the United States, he had no choice but to travel to Mexico to receive some documents. But now, after almost two months, he is still in Mexico and cannot return to his home in the United States, writes Daily democrat.

The reason for what happened: Palomar admitted that he had previously used marijuana, which is legal in California, but is still considered illegal under federal law.

26-year-old resident of the Crown, who grew up in Anaheim, has a temporary legal status in the United States. He is married to a US citizen and is the father of American children. In June, he went to Ciudad Juarez, Mexico, only to fulfill certain requirements necessary for obtaining a green card that would allow him to become a permanent resident of the United States.

Part of this process included a medical commission, during which Palomar was asked if he had ever used any illegal substances. He decided not to lie and said that he smoked “grass”. This response put an end to the process of becoming a permanent resident of the United States and the life that he built in Southern California.

The government rejected his request for a green card and denied him entry into the country where he lived most of his life.

“Right now, I'm in a strange world,” Palomar said in a telephone interview from Mexico.

On the subject: 4 reasons why you may be deprived of green cards

He is not the only one who has encountered a similar problem. In the area of ​​legislation, there is considerable confusion regarding the use of marijuana and the effects of this on immigration.

"It happens all the time," said Los Angeles-based immigration attorney Ellie Bolur, board member of the American Immigration Bar Association.

Palomaru was 6 years old when he was brought to the United States. He grew up in Anaheim, where, he said, he worked hard to learn English and succeed in school.

In 2012, as soon as he learned about a new immigration program called DACA - offering deportation protection for illegal immigrants. brought to the United States by children - he applied. She was approved. Since then Palomar has renewed its DACA status three times. This allowed him to legally live and work in the United States without the threat of deportation.

Around the same time, when he learned about the DACA, Jose Palomar met Christine. Soon they began to meet. She already had two children, but this did not scare the man away.

“I fell in love with her children too,” Palomar said.

Two years later, they got married on Valentine's Day. By then, they already had their own child, Emily, and since then they had another girl, Melanie, who is now six months old. The eldest children, Christine, April and Joshua, are already teenagers, and Palomar admitted that he considers them his children.

The man worked at a construction site. But when his wife got a promotion in the advertising field, he got a night job in a warehouse to look after the children during the day.

After five years of marriage, Palomar got the right to apply for a green card, the man hoped to get American citizenship over time.

On the subject: Immigrants who make even one mistake may be denied a green card.

Palomar said he had not smoked grass for at least three months before traveling to Mexico. Before the trip, knowing about the upcoming medical examination, he passed blood tests four times, each of them showed that in his body there were no more traces of cannabis use. However, his lawyer advised him to answer all questions honestly. So he did.

“I confessed to having used marijuana in the past. My lawyer told me that during the trial in Juarez I should only tell the truth. So I was honest, but apparently it still influenced my case, ”said Palomar.

The government canceled his I-601 form, and without it he cannot return to the United States.

“If you are telling the truth, you can see what is happening. But if you lie, you can still have problems. This is unfair, ”she added.

The medical use of cannabis is currently legal in 33 states as well as the District of Columbia. Eleven states, including California, allow recreational marijuana use. But for immigration - which follows federal laws - marijuana is out of the question.

“You cannot use it. You cannot work in this area. And even if you are a US citizen working in the cannabis industry, your cannabis-related income cannot be listed on an immigrant sponsorship application, ”Bolur said.

Immigration attorneys advise non-US citizens not to use marijuana or work in a related field. Immigrants are also not advised to carry prescriptions for medical marijuana, store text messages on phones that can somehow connect them with marijuana, or even wear T-shirts with cannabis images.

"The real danger posed by state-legalized marijuana is that immigrants will mistakenly believe that it is perfectly 'safe' to disclose clearly legal behavior to federal officials when in fact it could have disastrous consequences for immigration," in Alert to the American Immigration Bar Association.

The organization also emphasizes that “there are very few cases where it is advisable for immigrants to admit that they owned or performed other acts related to marijuana.” It is better to refuse the answer to this question.

In the case of Jose Palomar, it is unclear whether officials found marijuana in his blood, or whether they rely only on his words.

“Even if an immigrant only allowed drug use once, say, in high school, that makes it unacceptable for the federal government,” said Bolur, who does not represent Palomar but has faced similar situations.

“The doctor can at his discretion determine that the applicant is a drug addict. Doctors pass information to the visa department, which will lead to the establishment of the inadmissibility of the immigrant on the basis of drug use, ”Bolur said.

Perhaps this is precisely what happened in the case of Palomar.

The U.S. Consulate in Ciudad Juarez reported that the doctor found that Palomar was a drug addict. They explained that such cases are determined on the basis of medical tests and the applicant’s words. However, documents confirming the detection of traces of cannabis in his blood were not provided.

Five typical reasons for rejecting an application for naturalization

How to get US citizenship if your spouse is an American

5 dangerous mistakes when applying for a green card on marriage