Monkeys driving and walking on Mars: 10 amazing and funny predictions about 2020

When making forecasts, futurologists rely on knowledge in sociology, economics, physics, anthropology and engineering. Seasoning everything with fantasy Sometimes it takes scientists too far. Editions "Life hacker”Reread the predictions over the past 100 years and found the most amazing ones. 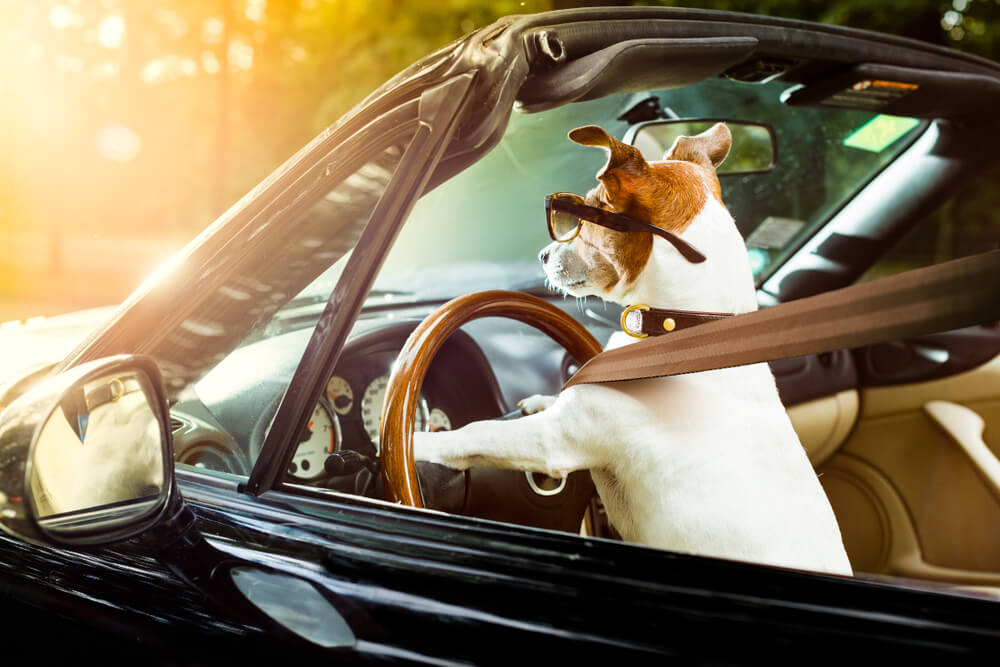 Instead of five toes, there will be only one toe. Such a deformation prophesied surgeon Richard Lucas in 1911 during a lecture at the Royal College of Medicine of England. The scientist believed that people do not use toes, so over time they simply grow together.

2. Fish will be bred and grazed in sea pens

February 25, 1966 in Times magazine essay Futurists: A Look at the 2000s. Its authors believed that in the future fish will be raised on the same principle as cattle: in special pens. The forecast also refers to algae fields. These plants, apparently, were the main stake in the fight against hunger on the planet. Futurologists thought that the algae would be crushed and processed into cereals. And it, in turn, can be chemically converted to obtain a “taste from steak to bourbon”. It was assumed that divers would take care of the underwater fields.

On the subject: Xnumx technologies of the future that will come true in xnumx years

3. Robots will replace almost all workers

The authors of the essay also believed that divers would work side by side with robots. According to the forecasts of futurologists, by the beginning of the 10st century, computers were supposed to replace not only those who are engaged in manual labor, but also middle managers. Only XNUMX% of people would save their work. Including managers who would be responsible for making key decisions and long-term company policies.

The same futurists from the Times believed that unemployment would not leave people without money. Companies will pay them for downtime. The annual income of the American was predicted in the range of 30-40 thousand dollars (all this for idle reeling and doing nothing). Interestingly, what would people do?

RAND Corporation, an American nonprofit organization engaged in strategic research, stated in 1994 that by 2020, people would begin to breed trained monkeys. Animals will drive cars. It’s just not clear why to exploit the monkeys, if there are robots. It’s good that now unmanned vehicles are gaining popularity, and not driving schools for orangutans.

Scientists representedthat smart cars will seriously change the approach to solving everyday problems. For example, the cooking process will become fully automatic. A person will only need to make a menu for a week and buy the necessary products, the rest is the concern of robots. Experts from Stanford Research Institute even visualized how mechanical hands cook and serve food, wash dishes, take out garbage, wash windows and cut grass. Multicookers and robotic vacuum cleaners already exist, but we are still far from complete automation of everyday life.

On the subject: Amazon opened the first supermarket of the future in the USA

Medicine is developing rapidly, but still not as much as scientists wanted in 1966. Then many futurologists believed that by the beginning of the XXI century, bacterial and viral diseases would be practically destroyed. But the forecast did not come true. Instead, the whole world is now monitoring the situation around the coronavirus.

The victory was planned to win over cancer. Scientists thought that DNA had only a few secrets left, and by the second millennium, they would have guessed them. So far this has not happened.

8. Tea and coffee will go out of fashion

In 1935, in the Liberty magazine Nikola Tesla expressed assumptionthat for a century people will refuse tea and coffee because of their negative impact on the body. Moreover, no one will force anyone, drinks just go out of fashion. But no, tea and coffee are still popular.

9. Computers will be everywhere

Not so long ago - in 1999 - American inventor and futurologist Ray Kurzweil consideredthat for 20 years we have completely surrounded ourselves with computers: “They are built into everything - in walls, tables, chairs, tables, in jewelry for clothes and in bodies. People use XNUMXD displays mounted in glasses or contact lenses. This technology projects images directly onto the retina. ” Kurzweil overestimated humanity a bit.

10. It will be possible to walk on Mars

The dreams of many futurologists are related to space exploration, interplanetary tourism and supersonic rockets. The Space Research Commission of the United States National Research Council published a report in 1996. In him saysthat in 2020 people will land on the surface of Mars. But so far, only unmanned rovers have conquered the Red Planet.

True, there is a chance that a person’s foot will set foot in 4 years. Not one earthling will land, but a whole crew. This is the goal of the company founder. SpaceX Ilona Mask. He plans to begin the gradual colonization of the red giant. The first stage is the dispatch of equipment to confirm the availability of water resources, identify possible dangers and prepare the initial infrastructure of the first Martian base. The second is team transportation.

The wait is not long. Perhaps we will soon witness events of a historic scale.

Haunted Houses, Nobel Laureates, and the Statue of Liberty: A Journey Through New Jersey

Personal experience: 'I left Russia as an old man, and came to the United States young and promising'

10 unusual ways to save money