The Court of Appeals for the Second Circuit in New York refused to conduct a new trial in the case of Russian citizen Viktor Bout, who is serving a prison sentence in the United States.

This is evidenced by the November 21 published. the court's decision.

The Court of Appeal considered that the new materials in the case, which were presented by the defense, are not newly discovered circumstances.

“We disagree with this decision. First of all, I will discuss this with my client. I am personally disappointed with the decision, because the evidence was indeed substantial. Apparently, the court found them unconvincing, although it seems that at least all these circumstances in the aggregate should still have persuaded the justice to hold at least a hearing on this issue, ”said the Russian lawyer Alexei Tarasov, reports TASS.

He specified that within the framework of the US judicial system, "the only possible further move is the US Supreme Court."

The defense presented arguments to the court in favor of the review of the case in February 2016. One of the main arguments of the defense was that the Briton Andrew Smulian, who was involved in the case as Booth's accomplice, was, in fact, a secret agent of the US Drug Enforcement Administration. As the lawyer pointed out, Smulyan "knew that he was participating in the operation to arrest Bout, which means he was not a real criminal, and could not enter into an agreement."

Another topic raised by the defense concerns the Bulgarian businessman Petr Mirchev, from whom, according to the US prosecutor's office, Bout was trying to obtain portable anti-aircraft missile systems for subsequent sale to the Revolutionary Armed Forces of Colombia (FARC) group.

According to Tarasov, all the charges against Bout concerning these missiles were based on Smulian’s testimony that in January 2008, Booth called Mircheva and arranged for the delivery of these weapons. The defense was able to obtain evidence under oath of Mirchev's testimony, in which he claims that he had never discussed with Bout about the supply of any weapon systems.

The history of the “god of war”

Viktor Bout was detained in 2008 in Bangkok on the basis of a warrant issued by a local court at the request of the United States. The Russian was accused of illegal supply of weapons to the FARC group, which in the USA is recognized as a terrorist organization. After 2, Bout was extradited to the USA. In April of 2012, he was sentenced to 25 years of imprisonment and a fine of $ 15 million.

In the 1990s, Booth ran the aviation business, supplying cargo around the world. The US accuses him of selling weapons to Al-Qaeda, the Taliban and other terrorist organizations, as well as African dictators and military leaders. These charges lasted for a decade, but Booth was never detained during this period.

In an interview with Russia Today in 2006, Viktor Bout said that he was tired of being constantly portrayed as the "God of War" and "merchant in death." Then he said that he wanted an impartial examination of the charges, like any law-abiding businessman.

Booth believes he was the inspiration for Hollywood. In 2005, the film “Lord of War” was released, where the role of a Russian arms dealer named Orlov was played by the famous actor Nicolas Cage. 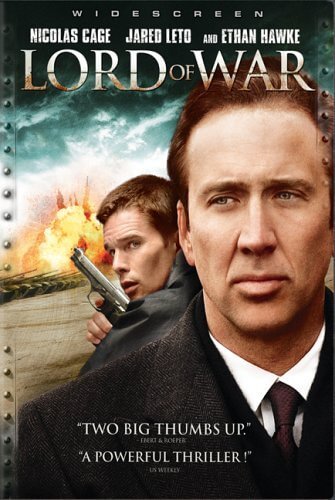 Poster for the film "God of War".
Photo by: IMDb

The US court engaged in Russian bribes in Uzbekistan