Pfizer's new drug against COVID-19 is being tested in Russia 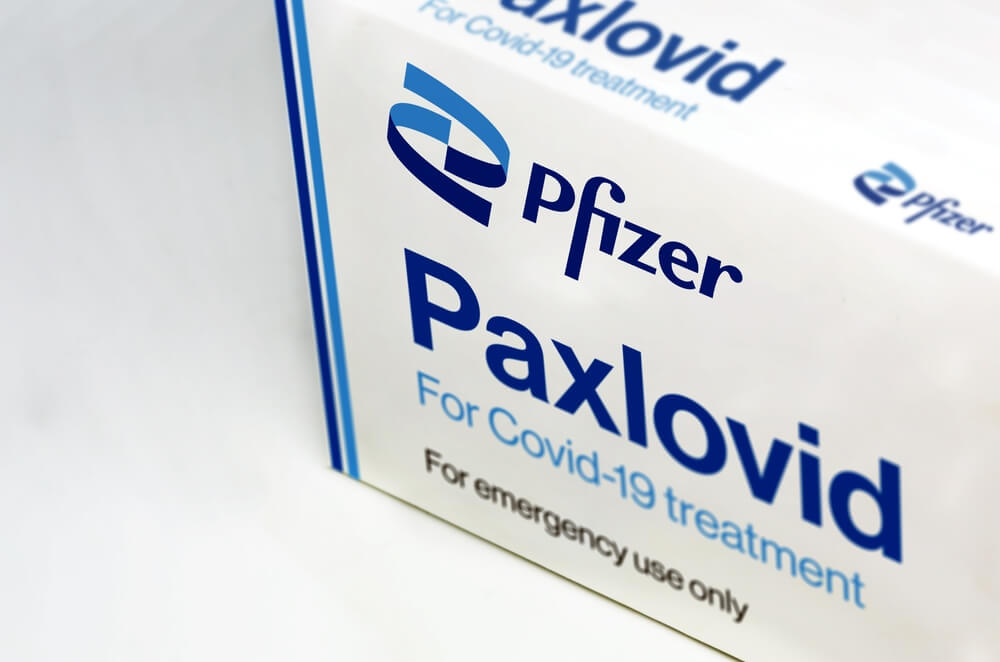 The pharmaceutical company Pfizer has received permission to conduct clinical trials in Russia of the effectiveness of a new drug for the prevention of coronavirus.

We are talking about the drug Paxlovid, which consists of a protease inhibitor and ritonavir.

In Russia, it is already being tested for the effectiveness of symptomatic coronavirus in people who have been in contact with the patient at home (prevention), as well as its effectiveness in treating people with low and severe risks of the course of the disease, follows from the register of approvals for conducting clinical trials.

At the same time, the company said that while the tests were being suspended (this also applies to Russia), in order to promptly submit documents to the US Food and Drug Administration (FDA).

This is because it is considered unethical to give patients with potentially fatal disease a placebo during a pandemic.

A study on people with a risk of a severe form in Russia began on September 30, a mild one on October 19, and they officially end in March 2022.

Trials of the drug for prevention began on November 12 and will end, according to the registry, in March 2023.

“The year of the end of the study is written with a margin, this is a long term, which does not mean anything. If the drug is really good and the positive results are earlier, then the dossier will be submitted earlier, ”commented Ilya Yasny, head of scientific expertise of the pharmaceutical venture fund Inbio Ventures, commented on the possibility of the drug appearing in Russia.

In total, 90 people over 18 years old from the Moscow region, St. Petersburg, Yekaterinburg, Smolensk, Barnaul and other cities will take part in the Russian trials of drugs for prevention.

A Pfizer spokesman said that seven thousand people from different countries, including Russia, are participating in the Paxlovid trials.

If local regulatory authorities approve the drug, the company is going to bring it to the markets of all these countries.

Foreign vaccines, including Pfizer, are not available in Russia, and coronavirus is treated mainly with drugs with unproven efficacy.

These include umifenovir (“Arbidol”), favipiravir, remdesivir, hydroxychloroquine, and interferon alfa.

Representatives of the Russian authorities in public speeches refer to the principle of reciprocity in the recognition of vaccines by different countries.

The approval process for the Russian Sputnik V vaccine by the World Health Organization is being dragged out and its deadlines are constantly being postponed.

On the subject: Russia tested anti-satellite weapons and nearly disabled the ISS: the United States is indignant

In October, the organization resumed the process, but so far nothing is known about the results. According to the latest data, RDIF is awaiting WHO approval for Sputnik by the end of this year.

Paxlovid is a direct antiviral drug that targets a protease that is part of the coronavirus proteins.

In clinical trials, Paxlovid has shown a relative decrease in the likelihood of hospitalization with Covid-19 by 89%.

Molecular biologist Irina Yakutenko draws attention to the fact that this is a relative, and not an absolute decrease, on her YouTube channel.

That is, scientists in the Paxlovid trials correlated the number of hospitalizations and deaths of patients with the total number of patients observed.

The interim results of phase 2/3 of the research are set out in the company's press release.

More than a thousand adults took part in them. All of them at the time of the start of the test had positive test results for coronavirus and symptoms of the disease.

The participants were randomly divided into equal groups.

One of them received Paxlovid orally every 12 hours for five days, and the other received a placebo.

Among those who began treatment within three days of the onset of symptoms, 0,8% (3/389) of people were hospitalized before 28 days after the start of the trial, with no deaths.

In comparison, 7% (27/385) of placebo-treated patients were hospitalized and seven eventually died.

A similar picture was observed in people who received treatment within five days of the onset of symptoms: 1% (6/607) in the group receiving the drug were hospitalized before 28 days, there were no deaths. At the same time, 6,7% (41/612) were hospitalized in the placebo group, of which 10 people died.

Side effects occurred in 19% in the Paxlovid group and 21% in the placebo group, most of them were mild, Pfizer reported.

People in the drug group were less likely to have a serious adverse event (1,7% versus 6,6% in the placebo group) or dropped out of the study because of an adverse event (2,1% versus 4,1%).

Not the first drug of this kind

A similar development by Merck in partnership with Ridgeback Biotherapeutics - molnupiravir - was registered in the UK in early November.

This drug also cuts the proteins of the coronavirus and thus interferes with its spread throughout the human body.

Merck says the pill will be just as effective against all variants of Covid-19 - both existing ones and those that may appear in the future.

Molnupiravir, according to trial data, reduces the number of hospitalizations among patients at risk by 50%, and also significantly reduces mortality (and here the absolute probability is used, that is, how often the event occurred during the trial).

Only 7,3% of patients who took the drug were hospitalized or died within 30 days of taking the drug. The same thing happened with 14,1% of patients who received placebo. None of the study participants were vaccinated.

Britain has already ordered 480 courses of the drug, which are due to be delivered by the end of this year.

And in the United States, they have already ordered 1,7 million doses of molnupiravir, and now the country is receiving another 1,4 million doses.

The United States will therefore spend $ 2,2 billion on the purchase of this drug.

The price of Paxlovid will be similar to that of lightnupiravir, previously announced by Pfizer.

So this medicine is quite expensive and not all countries and patients will be able to afford it.

Both drugs, according to research, must be taken in the early stages of the disease to prevent its development.

“We need both vaccinations and medicine,” says Yasny. "Because vaccination works 95%."

“If a vaccinated person gets sick, the medicine will come in handy, because it will reduce the likelihood of going to the hospital by 10 times,” he says.

“And vice versa, if a person is not vaccinated, then there will be much more cases. Anyway, someone will end up in hospitals, ”the expert explains.

“Some people do not develop an immune response to vaccination, and for such people the medicine will also be very useful,” Yasny concludes.

How unvaccinated from COVID-19 are infringed in different countries: in the USA there is still a very soft approach

Neither yours nor ours: there is an island in the world that two countries own for six months in turn

The clerk robbed his bank and disappeared without a trace: he was searched for 52 years and was found after his death